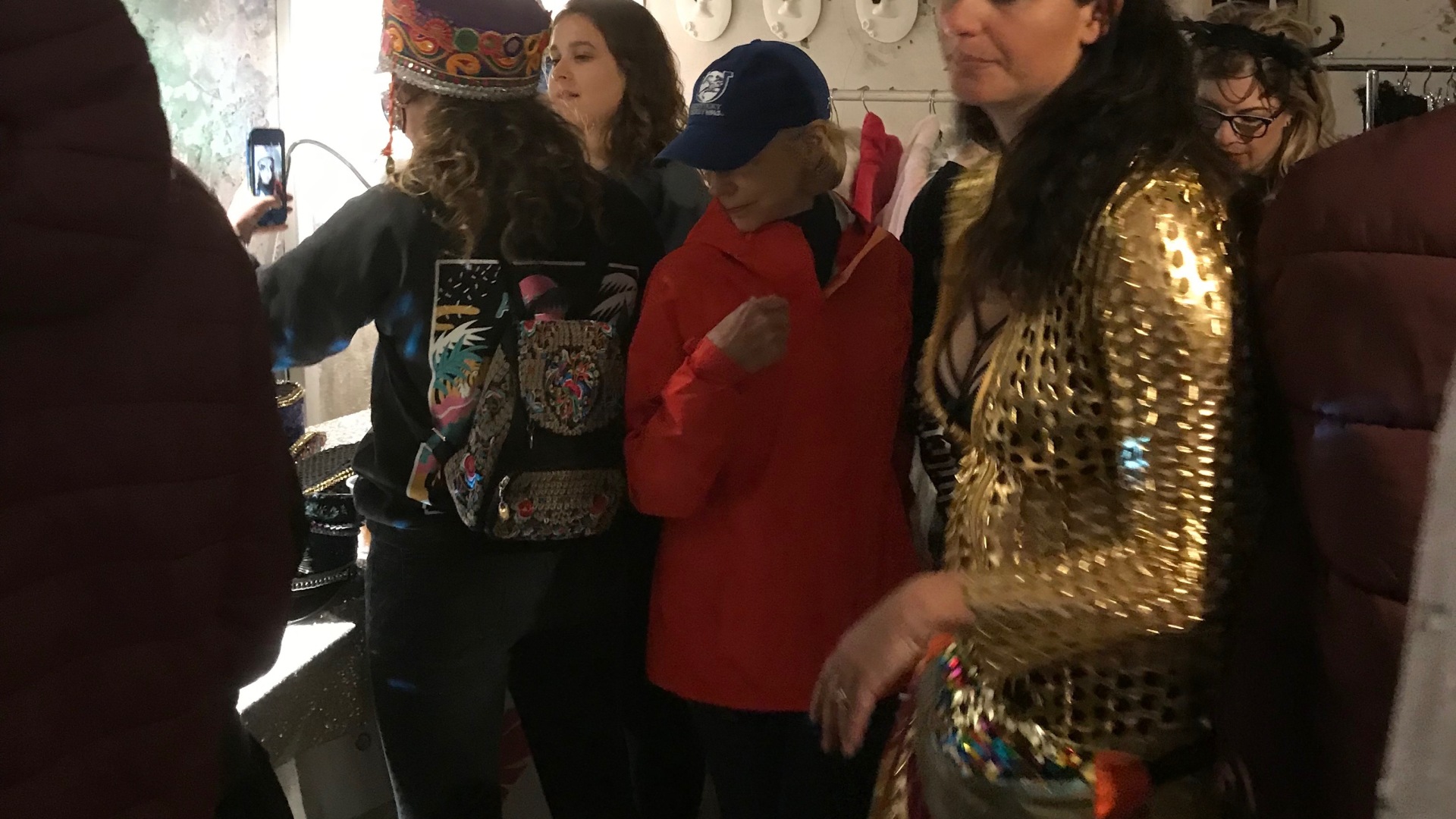 We planned on celebrating Purim as it is just our kind of holiday.  Celebrating, costumes, dancing and mingling with the locals.  The festival of Purim is observed every year on the 14th of the Hebrew month of Adar (late winter/early spring). Purim 2018 was supposed to begin on Wednesday night, February 28, and continue through Thursday, March 1 according to what we found online.  It commemorates the salvation of the Jewish people in ancient Persia from Haman’s plot to destroy, kill and annihilate all the Jews in a single day, as recorded in the book of Esther.  We went all the way to Jaffa on a blustery Saturday where they were having a costume sale.  It was too crazy and expensive so we bought nothing there.

We later went down King George Street where they have a plethora of costume shops and bought costumes for both of us for only a few shekels.  Sandy researched all of the free Purim parties and most of them seemed to be on Friday March 2 or Saturday the 3rd and they were too late at night for us.  We attempted to go to a Friday afternoon party but were unable to locate it due to a very vague address.  We then planned on attending one listed for Saturday March 3 only to find that it had been held on March 2.  Since we missed all of the parties we will at least show pictures of our costumes.