Friday, March 9 is our last day of touring with Zvi.  Jim is up early and takes a very short run/walk along the Sea of Galilee in Tiberias.  The haze has cleared and the views across the sea to the Golan Heights are beautiful. 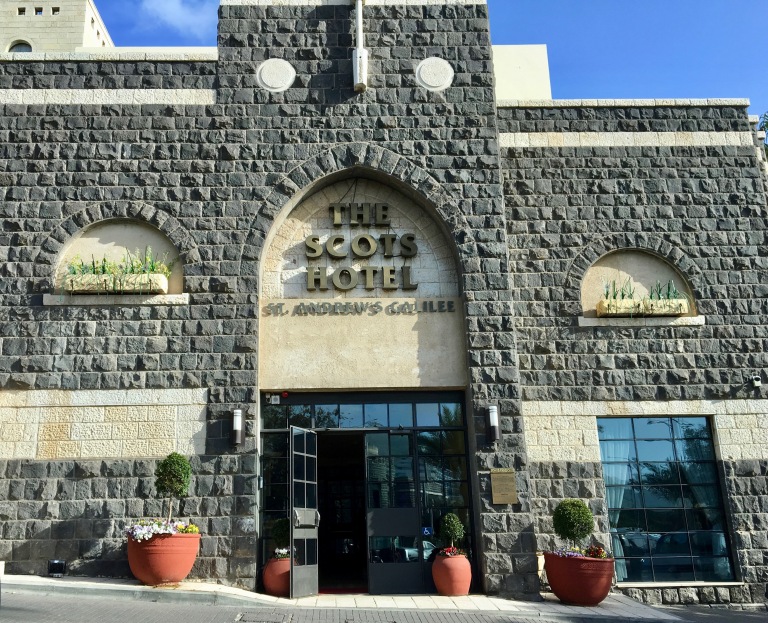 After breakfast and hotel checkout we head out to The Church of the Primacy of Peter or Tabgha.  This location on the north-western side of the sea of Galilee is where Christian Tradition places the Sermon on the Mount, the multiplication of loaves and fishes and the third apparition of the Risen Lord where he commissioned Peter to “Feed my lambs”. We viewed the church, wandered the grounds and dipped our feet in the Sea of Galilee.

On our way to our next destination in the Golan Heights we made a spontaneous stop at the bridge over the Jordan river, the source for the Sea of Galilee and the Dead Sea.  We walked to the middle of the bridge for some pictures and more conversation.

We proceeded up a beautiful steep drive to Susita National park which is an archeological site, dated back to between 3rd century BC and 7th century AD.
We thought that we were just taking a nature hike on the Golan Heights when Zvi told us that he had a surprise for us before we arrived at this ancient Roman city with its paved main road and many toppled columns from an earthquake in 749. 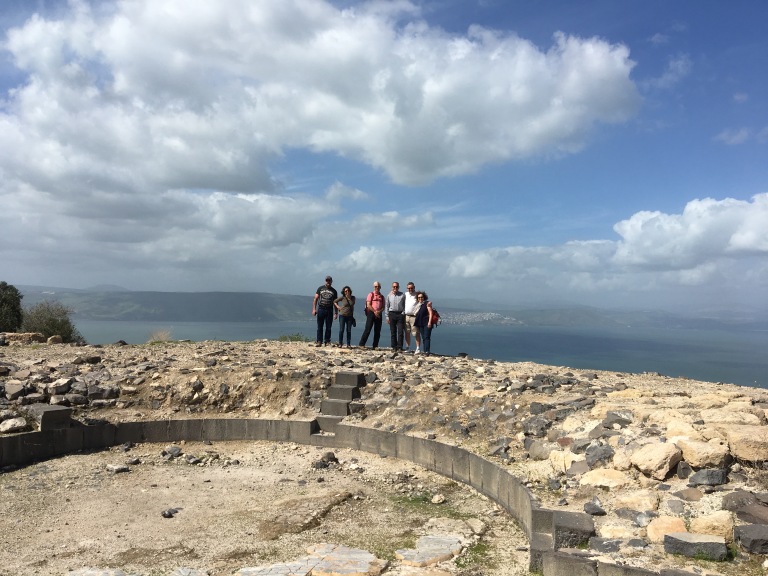 After our hike we headed for Acre or Akko, in Arabic, which is a city that has been shaped by the Romans, Ottomans, Crusaders, Mamelukes, Byzantines, and British.  Its location on the only naturally protected harbor on the coast of Israel helped it become one of the oldest cities in the world, continuously inhabited for about 4,000 years.  The old city is a UNESCO World Heritage Site and has been extensively excavated and preserved.  It was another example of different civilizations just building one on top of another.  We saw amazingly preserved and renovated rooms, especially the Knights Halls.

As in Megiddo we exited via a tunnel which connected the fortress with the port area.  We walked along the beautiful old port with numerous fish restaurants sitting on the waters edge with beautiful views. 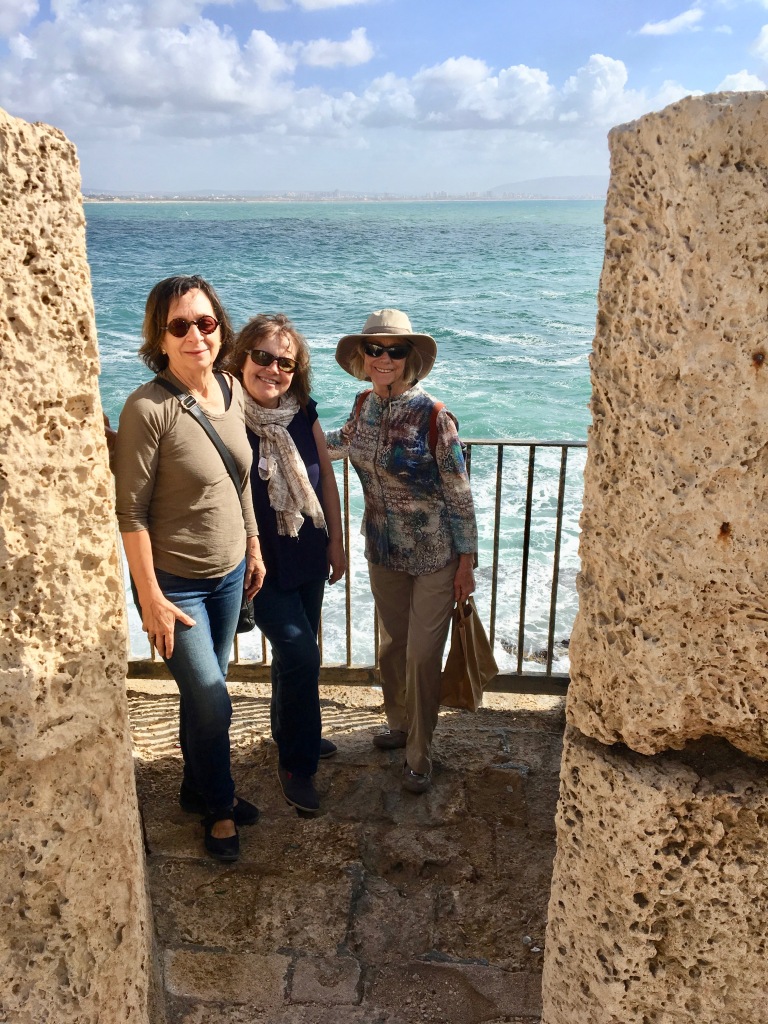 On the way home to Tel Aviv we stopped very briefly to view the spectacular Bahá’í gardens which we had toured previously on our day trip to Haifa.  We bid Zvi farewell for the last time at our apartment on Ben Yehuda street in Tel Aviv.  If anyone is looking for a knowledgeable tour guide of Israel we would be happy to recommend Zvi Levran.  We did provide a link to his bio on our first day of touring with him.

Leave a Reply to Living our retirement dream Cancel reply