A week of museums

We took a down day or two after Andrew & Henry left us.  Our down days usually involve running a few miles in the morning and then doing New York Times crosswords, working on our pictures and this blog, reading or watching a movie.  It has been difficult to watch movies or TV shows as when logged in from another country they tend to get blocked by HuLu, Comcast and even Amazon.  We just discovered the VPN way around that and signed up for Express VPN which shows your login from whatever country that you choose, hopefully getting around that problem.  Anyway after one down day on Saturday the 12th of May we felt the need to get out on Mother’s Day and walked to a House Museum in Chelsea that Sandy researched.  The Carlyle house was the home of Thomas and Jane Carlyle, both prolific writers.  He was a philosopher, satirical writer, essayist, translator, historian, mathematician and teacher.  From what we gathered reading in his home museum he was also quite a cynical curmudgeon and his writing was not at all easy to read.  It has been said that his book on the History of the French Revolution is the greatest book about the subject that was never read.  The museum was quite interesting though as it is still furnished as it was in their time, mid 1800’s into the Victorian era.  We would recommend it for a quick visit if you are in the area.

The front of the house.  Basement and all three floors were open to visitors.

Small private garden behind the house.

Carlyle’s History of the French Revolution was the inspiration for Dickens’s A Tale of Two Cities.

Ain’t that the truth.

We then walked around Chelsea getting to know that area a little.

The Albert Bridge in South Chelsea.

The following day we walked to The Leighton House Museum which is relatively close by and a couple of blocks from Holland Park.  This House Museum is the former home and studio of eminent Victorian artist and President of the Royal Academy, Frederic, Lord Leighton.  This private palace of art is famous for its exotic interiors and collections of fine and decorative art.  He had it built specifically as his home, studio and art gallery.  From modest beginnings it grew over 30 years into a private palace of art featuring the extraordinary Arab Hall with its golden dome, intricate mosaics and walls lined with beautiful Islamic tiles.  He lived there alone, never marrying, and his very modest bedroom on the first floor is open to the public.  No photos were allowed in the house so this is all we have. 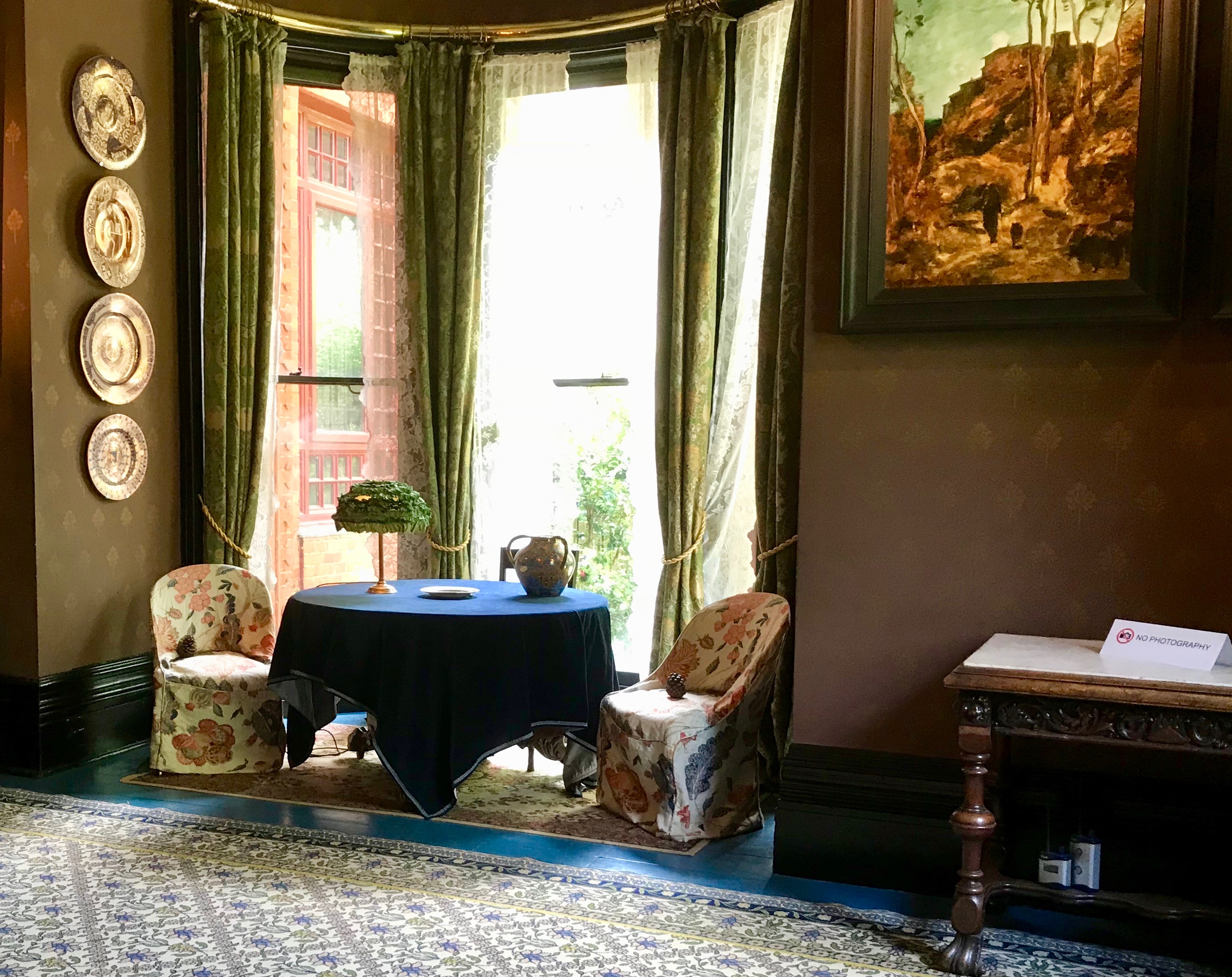 Sitting room with beautiful views of his garden and a lot of art work.  Note the NO PHOTOGRAPHY sign on table. 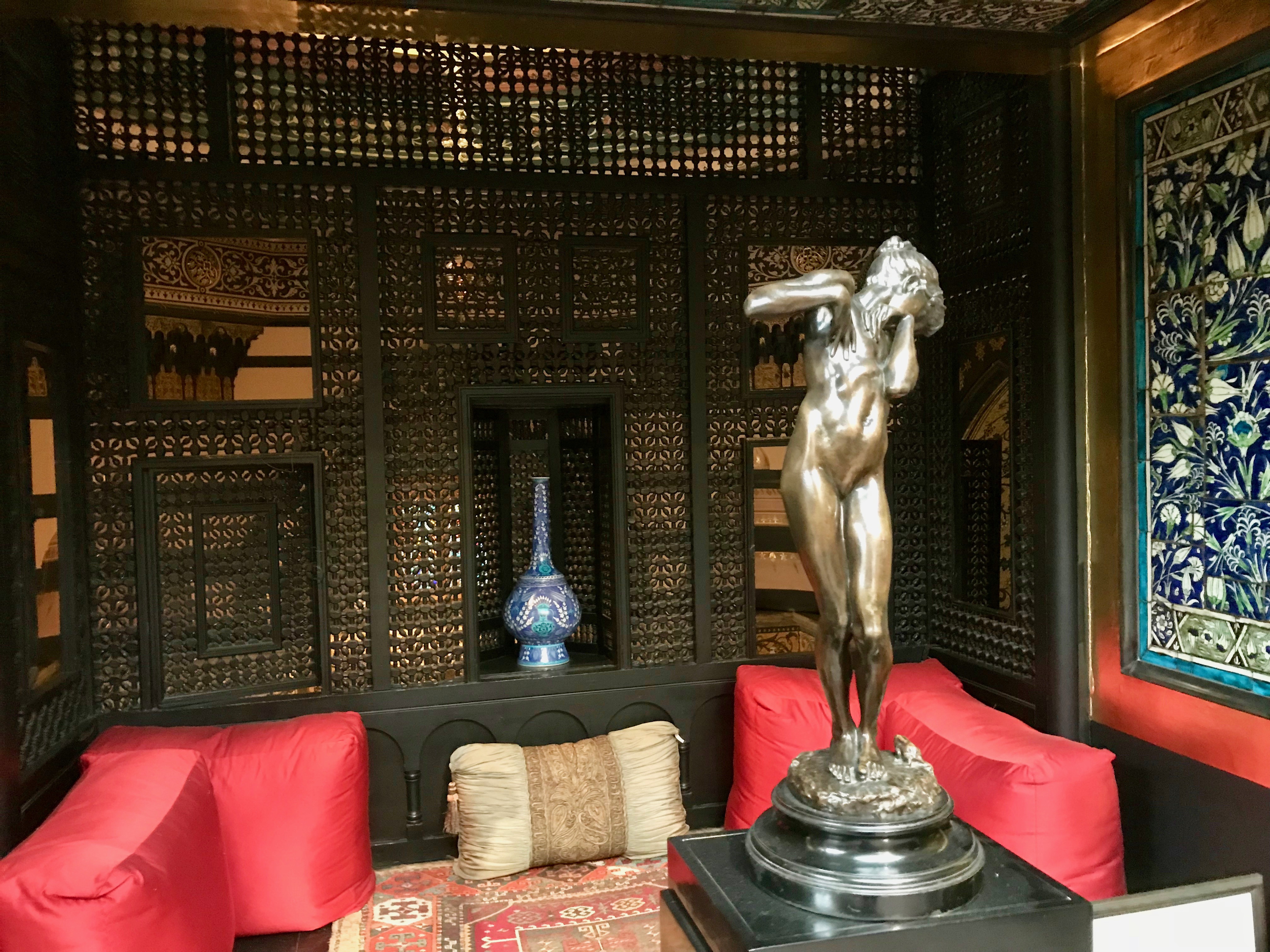 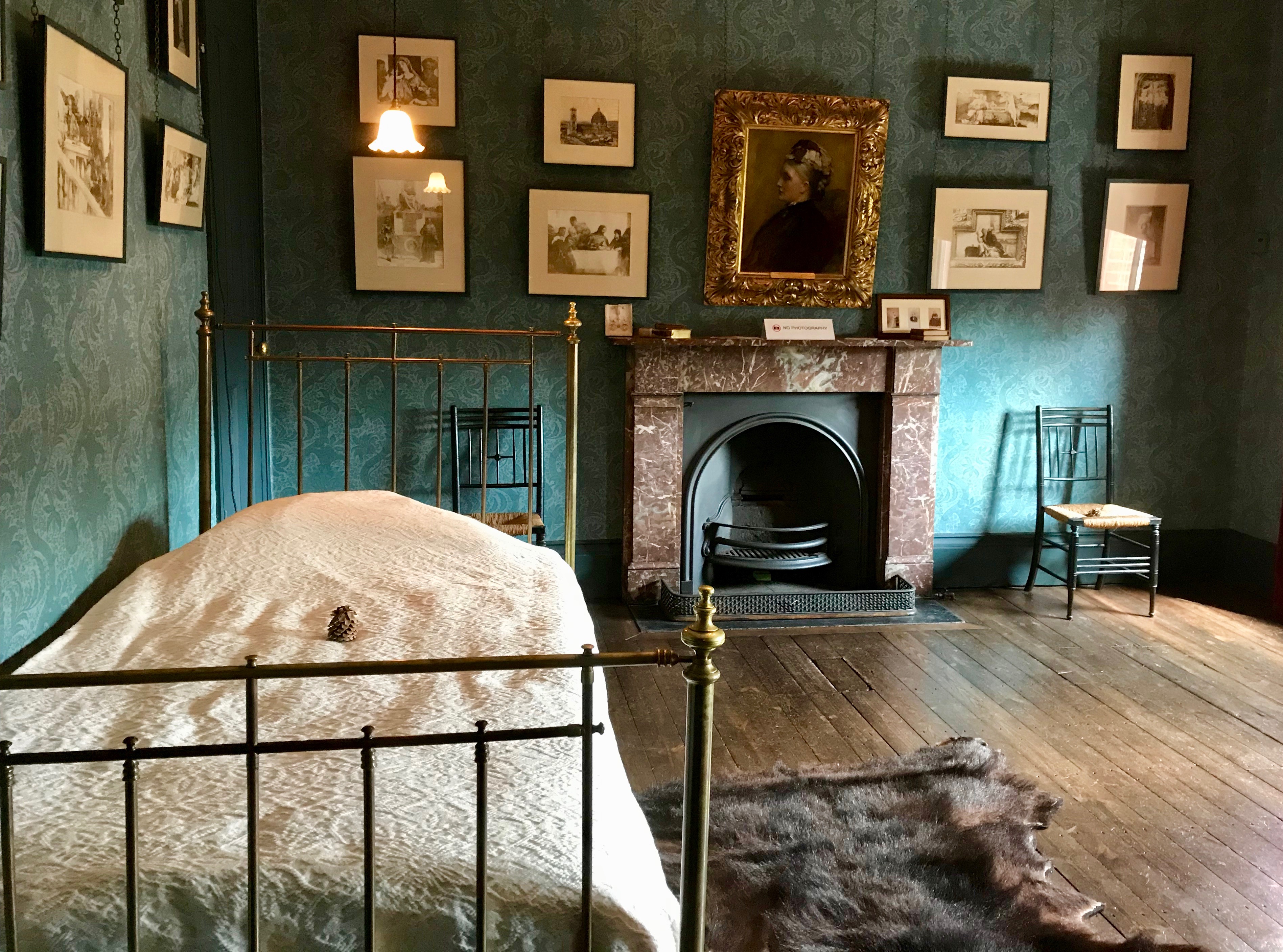 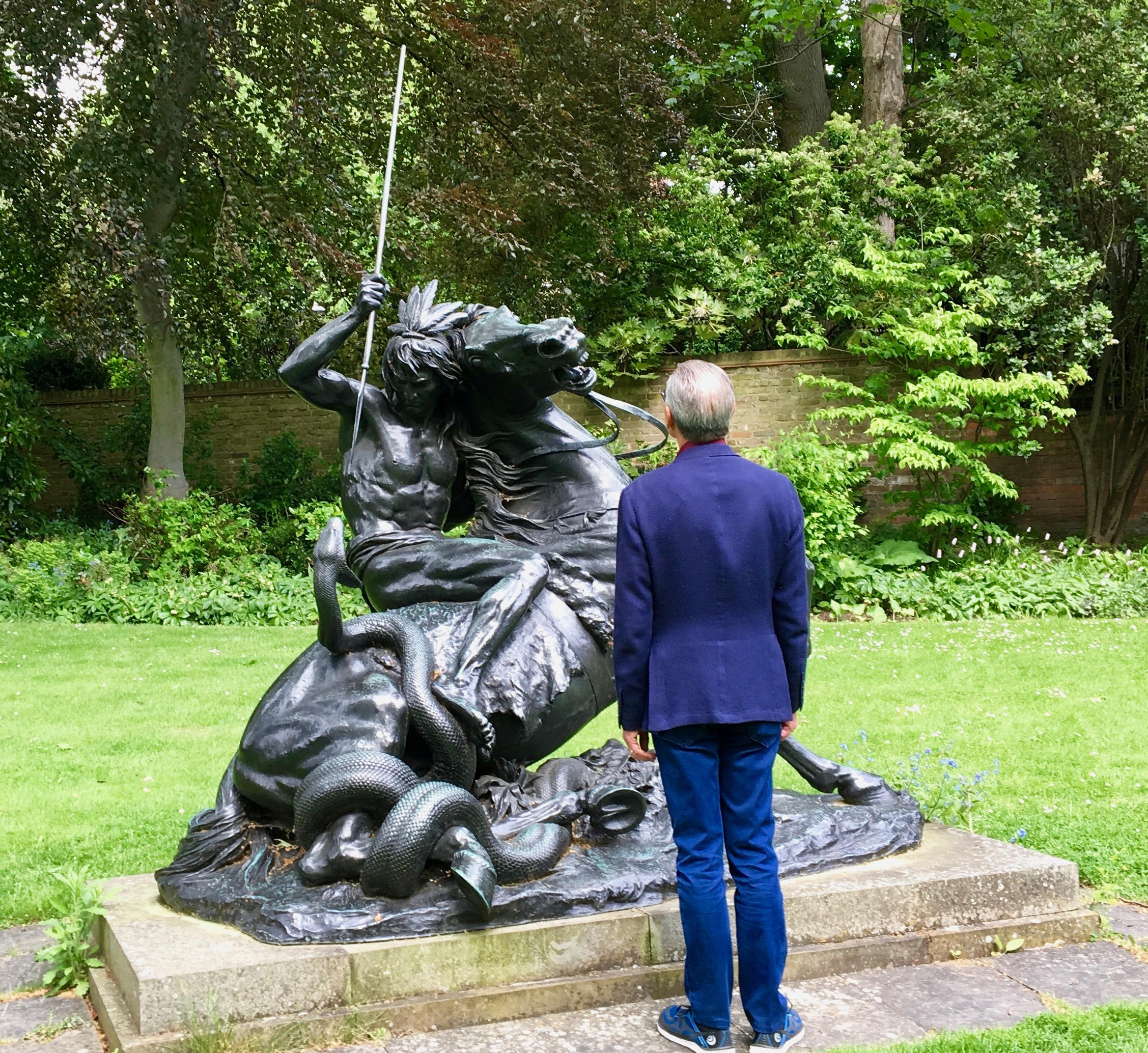 Sculpture in the rear garden.

This is also a recommended take-in if you are in the area.  From here we wandered through part of Holland Park and then to the adjacent Museum of Design where we had a light late lunch.  Jim whizzed through a small part of the museum while Sandy did the gift shop.  Reviews of this museum are bad but it looks like it could be interesting if you are intrigued by design.

Interior of the Museum of Design.

We spent one day just ogling the mansions of Chelsea, window-shopping and checking out the restaurants, pubs and cafes.  We tried to get an apartment in Chelsea for this stay but were turned down by the owner of the only one that we liked and could afford due to the three month time frame. 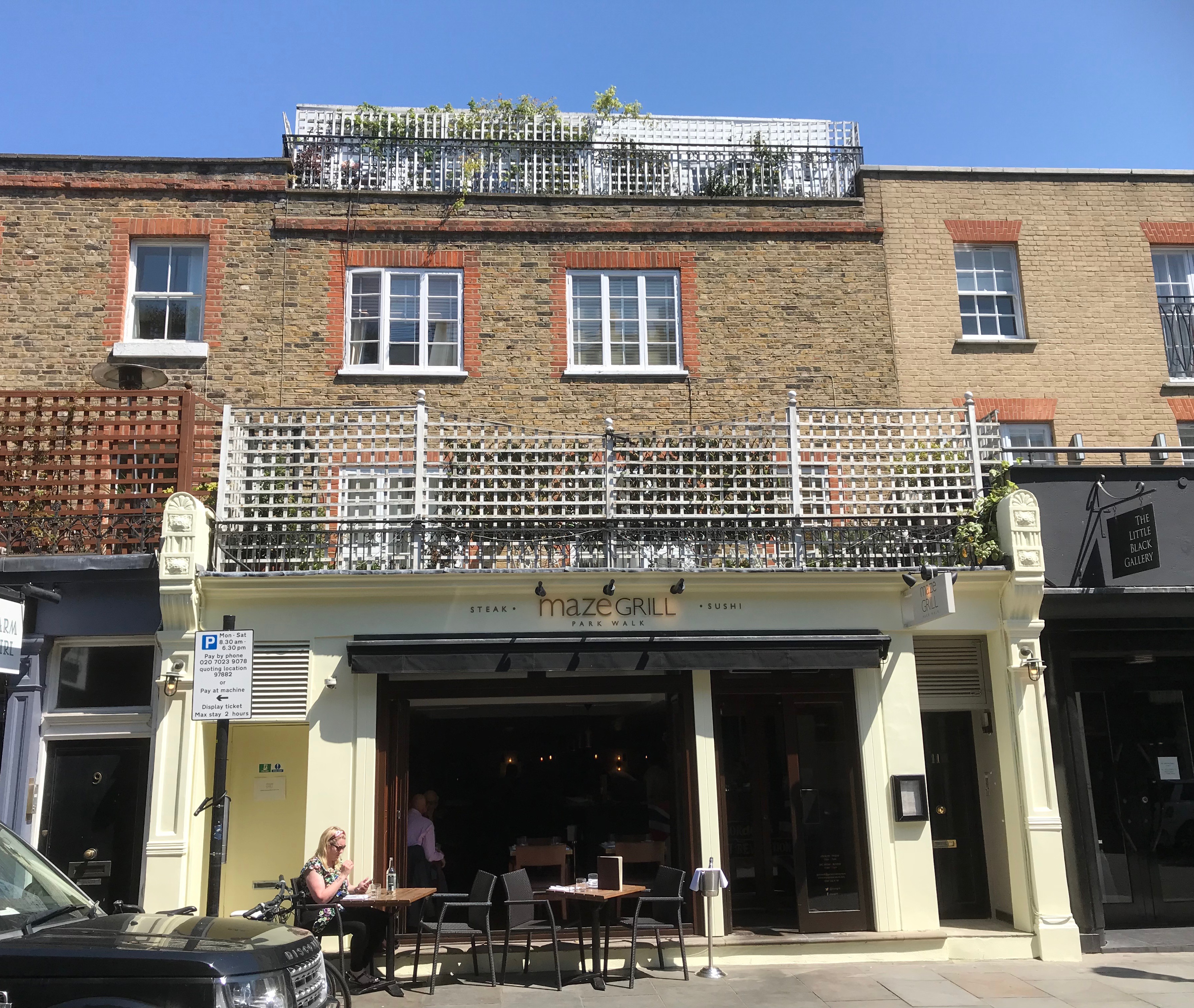 The Airbnb that we liked was just above the Gordon Ramsay’s Maze Grill on Park Walk, just around the corner from King’s Road, Chelsea. 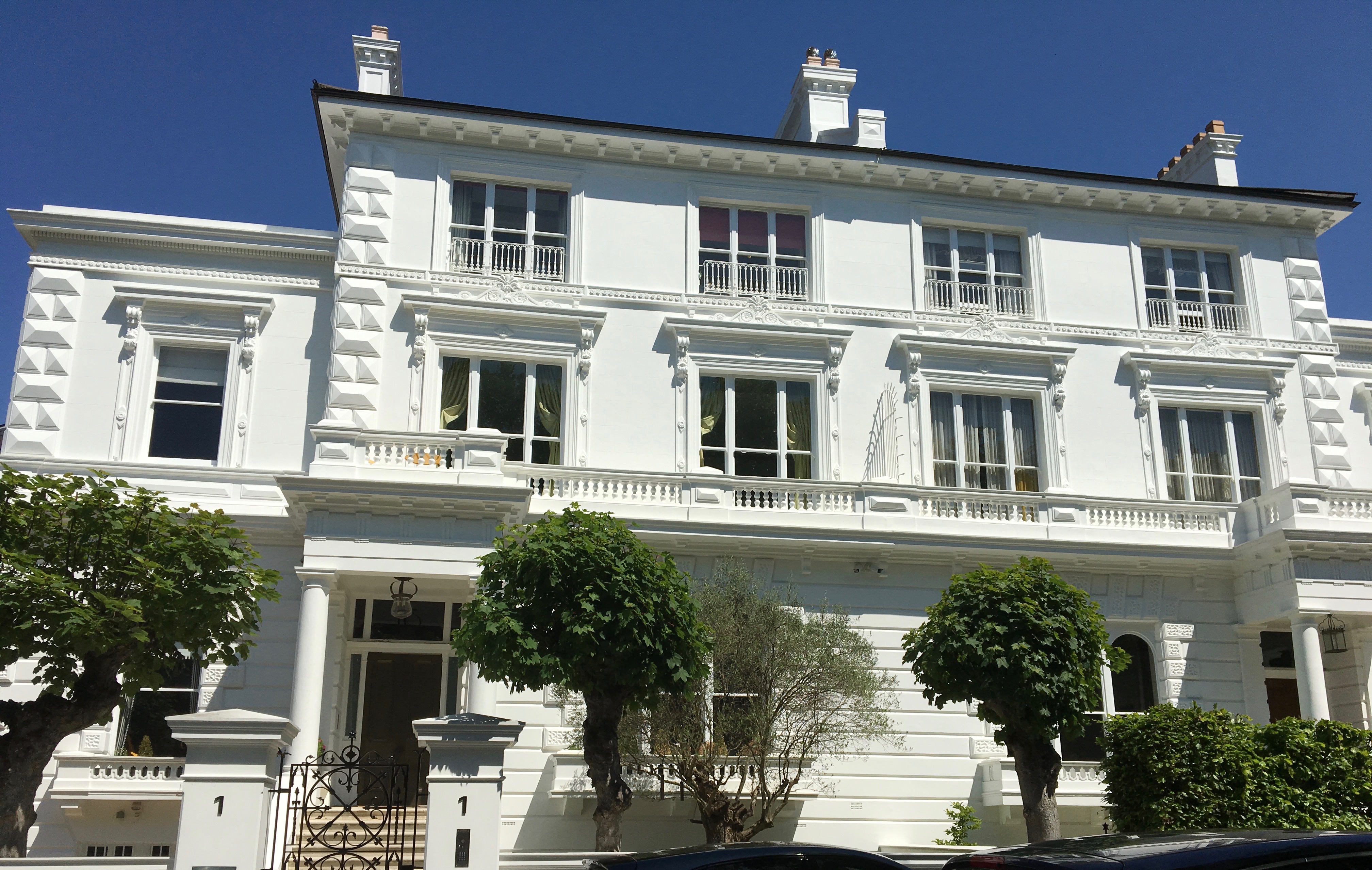 A small home in Chelsea on a private park.  Jim threatened to buy this for Sandy on Mother’s Day.  It is admittedly to large for us.

The perfect car for us in Chelsea. 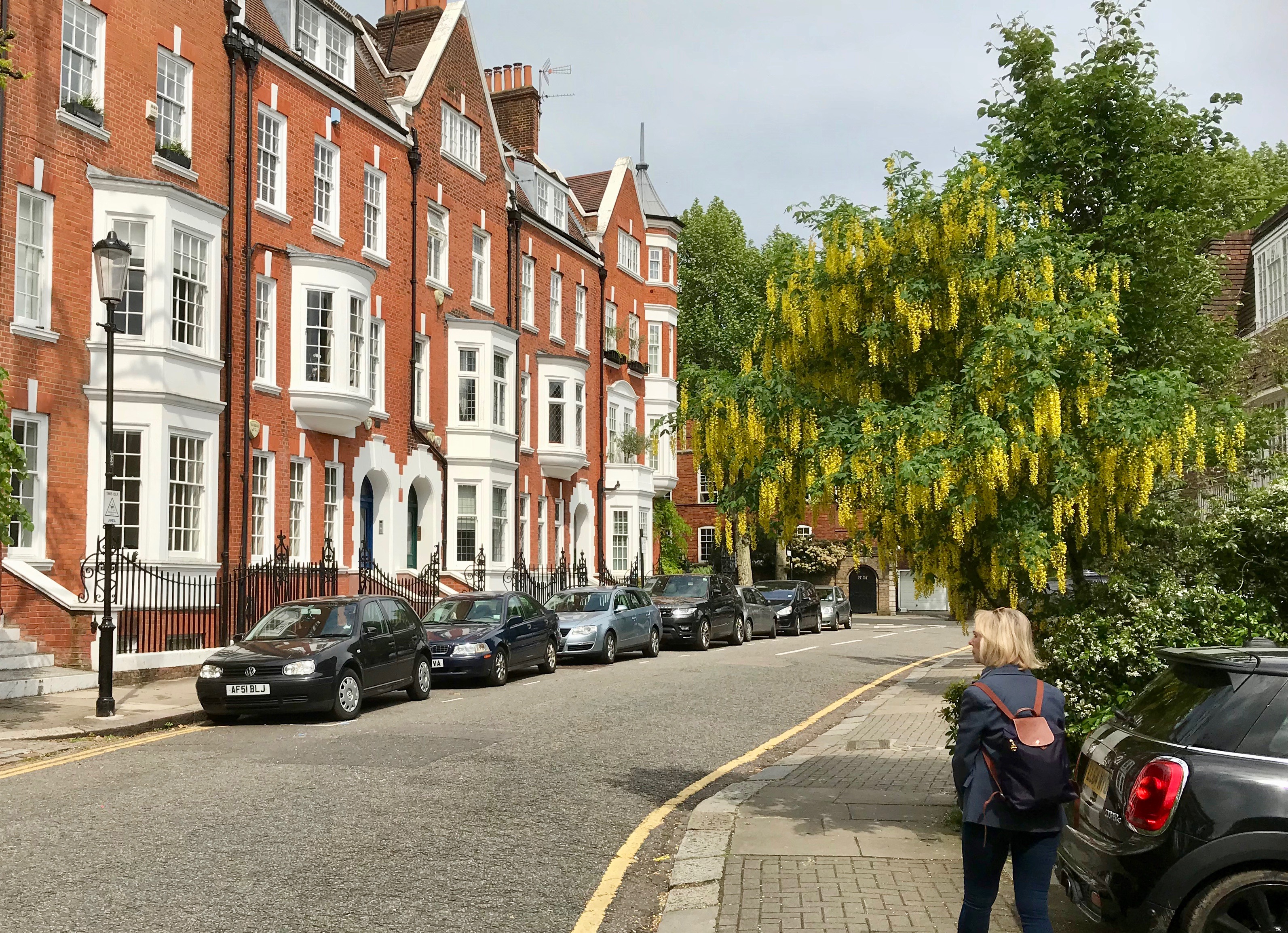 This house would be more our style.

We ended our small museum week by walking 4.5 miles to central London and taking in The Florence Nightingale Museum.  Given that May 12 is Florence Nightingale’s birthday and International Nurses Day Sandy felt it only fitting to go there.  The museum is located at St. Thomas Hospital on the banks of the Thames and faces Westminster Palace.  She really enjoyed her visit there and learned much information about “The Lady With the Lamp”.  Highlights from the collection include her taxidermy preserved pet owl, Athena, which she rescued while in Athens and hand reared.  It became her constant companion traveling everywhere in her pocket.  On view is also the medicine chest she took to the Crimean War and the paper lantern she used to inspect the hospital wards at night.  Jim got bored and opted for a stroll outside but Sandy loved the self guided tour and spent an hour there. 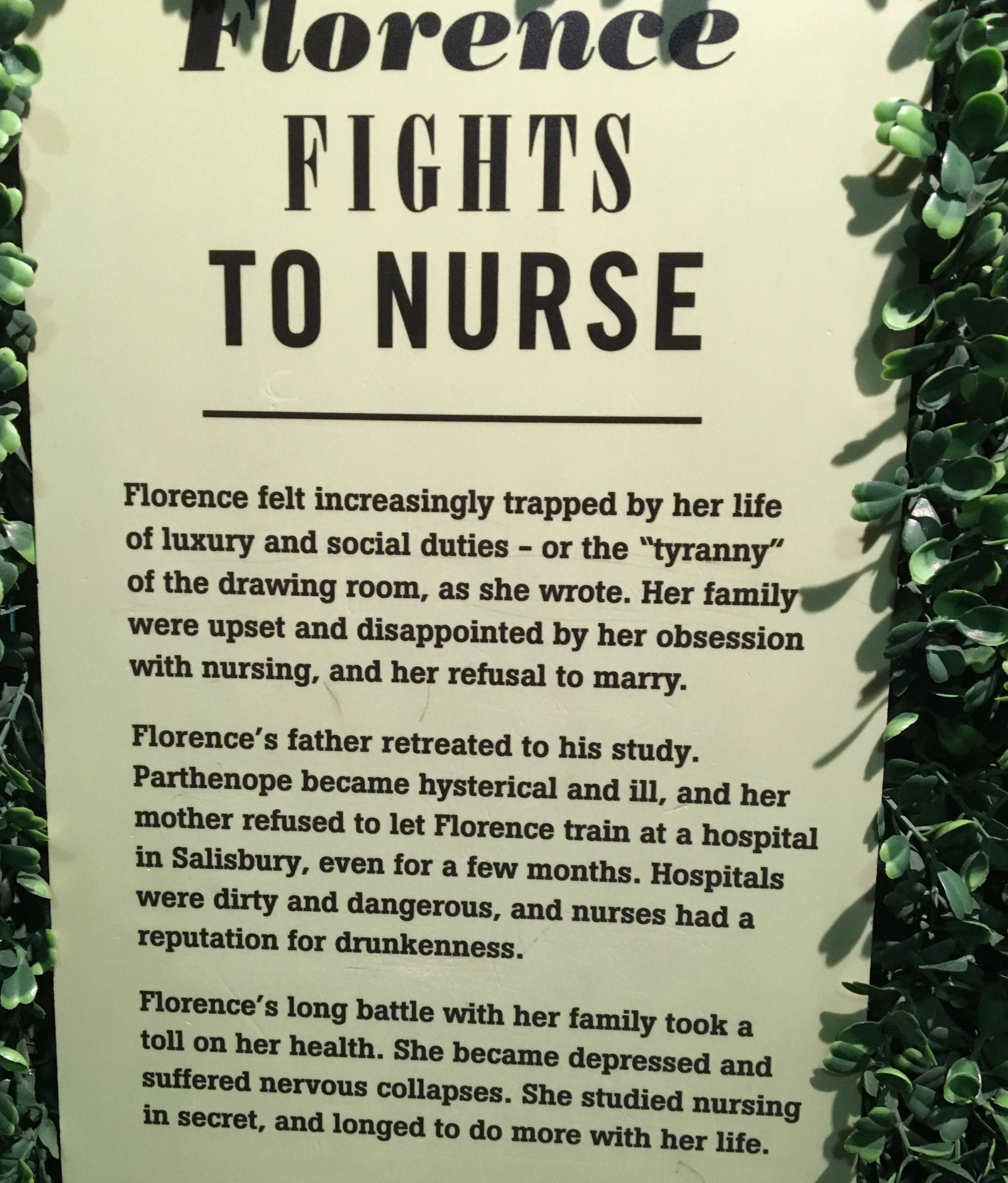 Read this so you can understand how vehemently Florence’s family was opposed to her becoming a nurse.

They could have stolen this from Sandy’s closet. 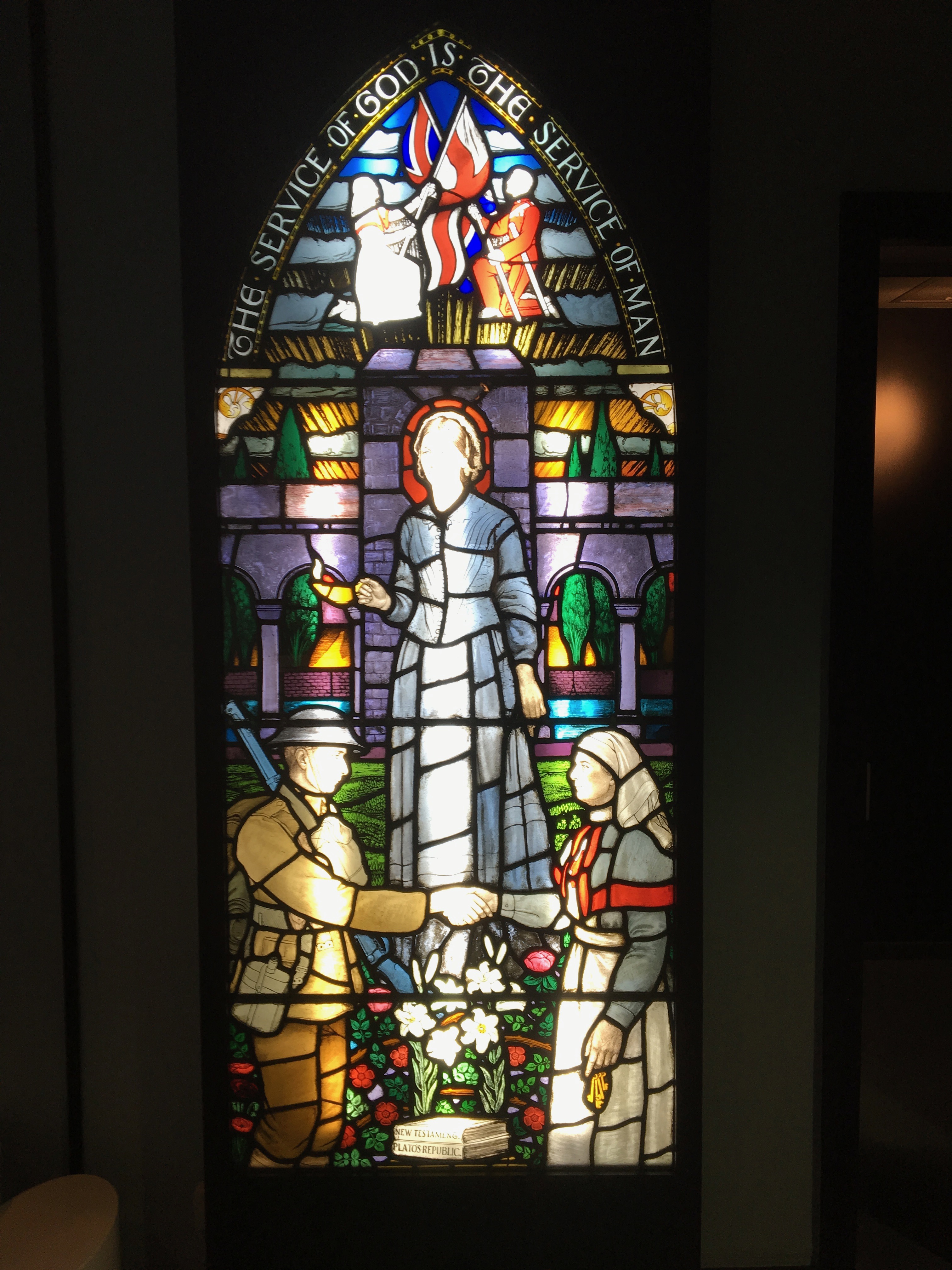