We started writing this several weeks ago but have been much to busy to complete it until now.

Jack left us the morning of 7 July and we have 2 ½ weeks left in London which are packed with three different sets of friends coming and going.  The first are Sue Rhodes and Helen Fletcher who are from England originally, we met them in Bermuda and they now live in New Zealand.  They have been in London for a while now and we have already spent some good times with them going out to eat and Sandy went to Wimbledon  for the day on Helen’s birthday.  After Jack leaves we meet up with them where they are staying with a friend from NZ.  Jim & Sue watch the world cup while Sandy helps Helen prepare a feast featuring butterflyed leg of lamb with multiple side dishes which we enjoyed out on the back patio of the beautiful single family townhouse. 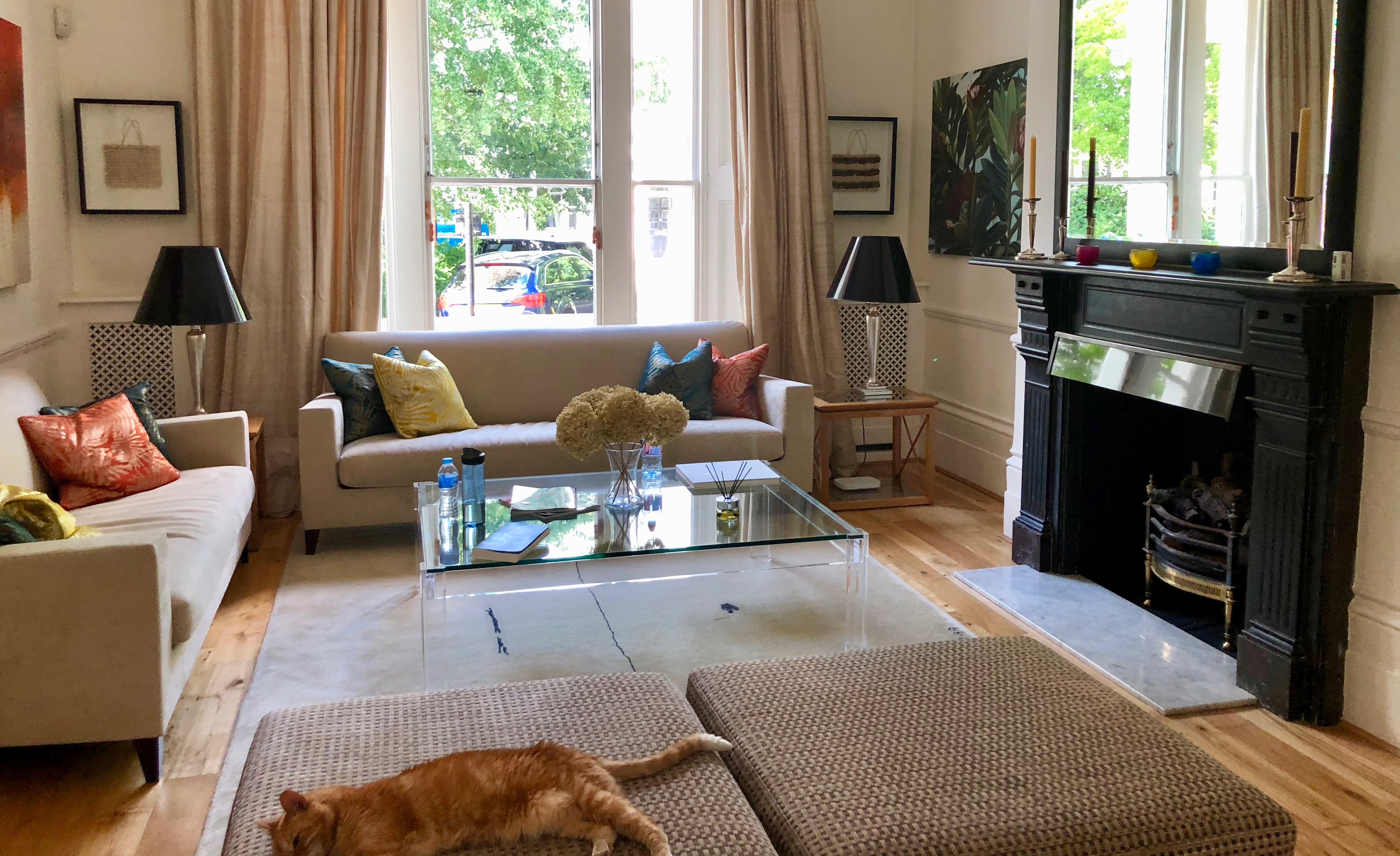 Front room of the town house.

Beautiful white hydrangeas in the back yard.  We would love to have these in our garden in Boston.

Jim helped a little by opening the wine.

Sue and Helen move into our place on Sunday morning, the 8th of July and we take the tube and two different trains to Henley-on-Thames for the Henley Royal Regatta.

We hosted Victoria Thornley, an Olympic silver medalist in the double scull in Rio, at our home in Boston during the Head of the Charles Regatta in 2016 and she is returning the favor by obtaining passes for the Leander Club which is just beyond the finish line of the Regatta.

Picture of Victoria in the Leander Club.

Vickie with her Olympic mates at our home in 2016.

We had lunch in the cute little town of Henley before watching the last hour of racing on the river.

Not everyone on the river was racing.

We then had drinks at the members bar in the Leander Club.

Unfortunately we did not track Vickie down as we later learned that her phone had died.  These Rowing Clubs have strict dress codes, women have to have dresses which go below the knees and men must wear a tie and jacket.  Hats are not mandatory but recommended.  Since it was a very hot day, men were allowed to remove their coats in certain areas.  There were some very colorful outfits as they all have their club blazers, ties and colors.  We then had to slog home on a very slow, hot, crowded, delayed train.

The cute little town of Henley-on-Thames.

After all the activity of the weekend, Monday was a down day with only a Dinner date with Jerry & Janine Mateparae who are friends of Helen’s from New Zealand.  Dinner was splendid with a lot of great conversation. 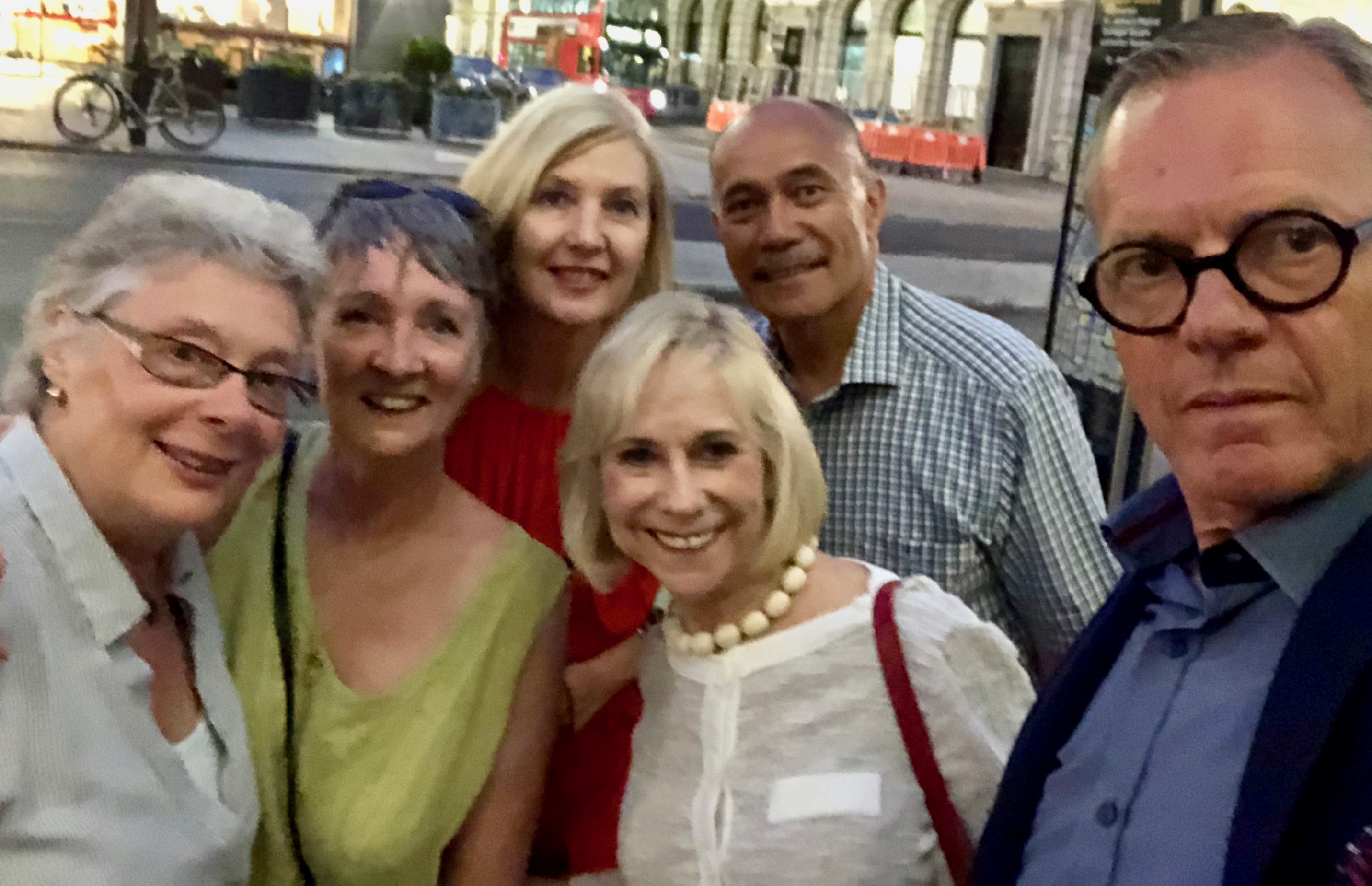 Another terrible selfie by the “unofficial” photographer.

Tuesday we took the train to Brighton which is a south coastal beach town.  The downtown area has the feel of a large Provincetown, MA while the beach and pier is much more Coney Island. 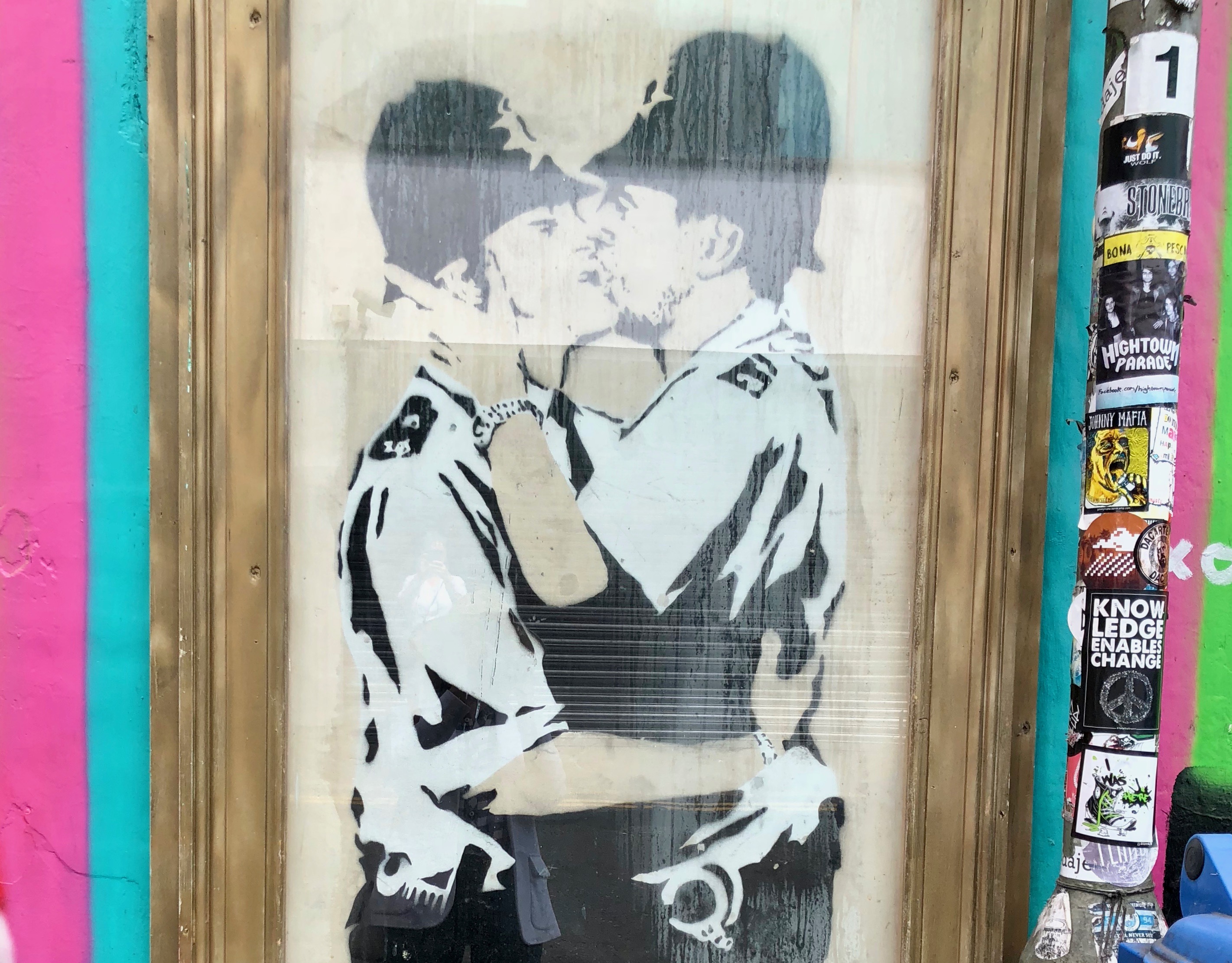 After you wear them can you eat them?

Five in a photo booth, thanks to Wendy.

Brighton beach, all rocks with no sand.

We walked the funky streets of the North Laine Bazaar and took a quick tour of the Royal Pavilion which is a former seaside residence of King George IV.  Its exterior is Indo-Islamic and the interior has heavy Chinese and Indian influences.

Queen Victoria did not like the home or Brighton and sold the residence to the town which is still in process of restoring it.  We spent the night in Brighton with a friend of Helen & Sue’s, Wendy Taylor who graciously gave up her bed to us while she bunked with a neighbor.

We watched England defeat Sweden in the World Cup at Wendy’s home.

We took a nice 5 mile run on the Brighton Beach front the following morning before returning to London. 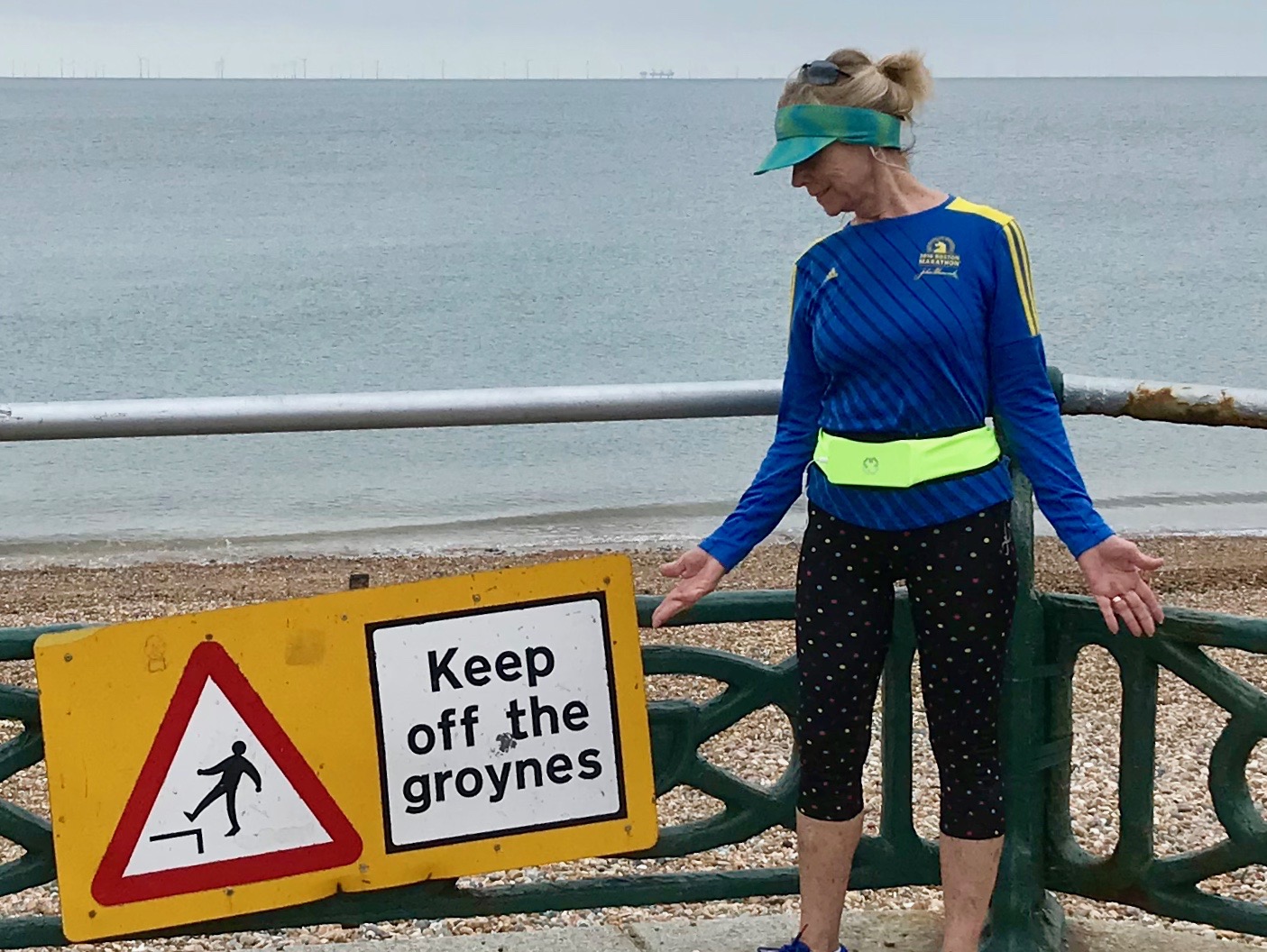 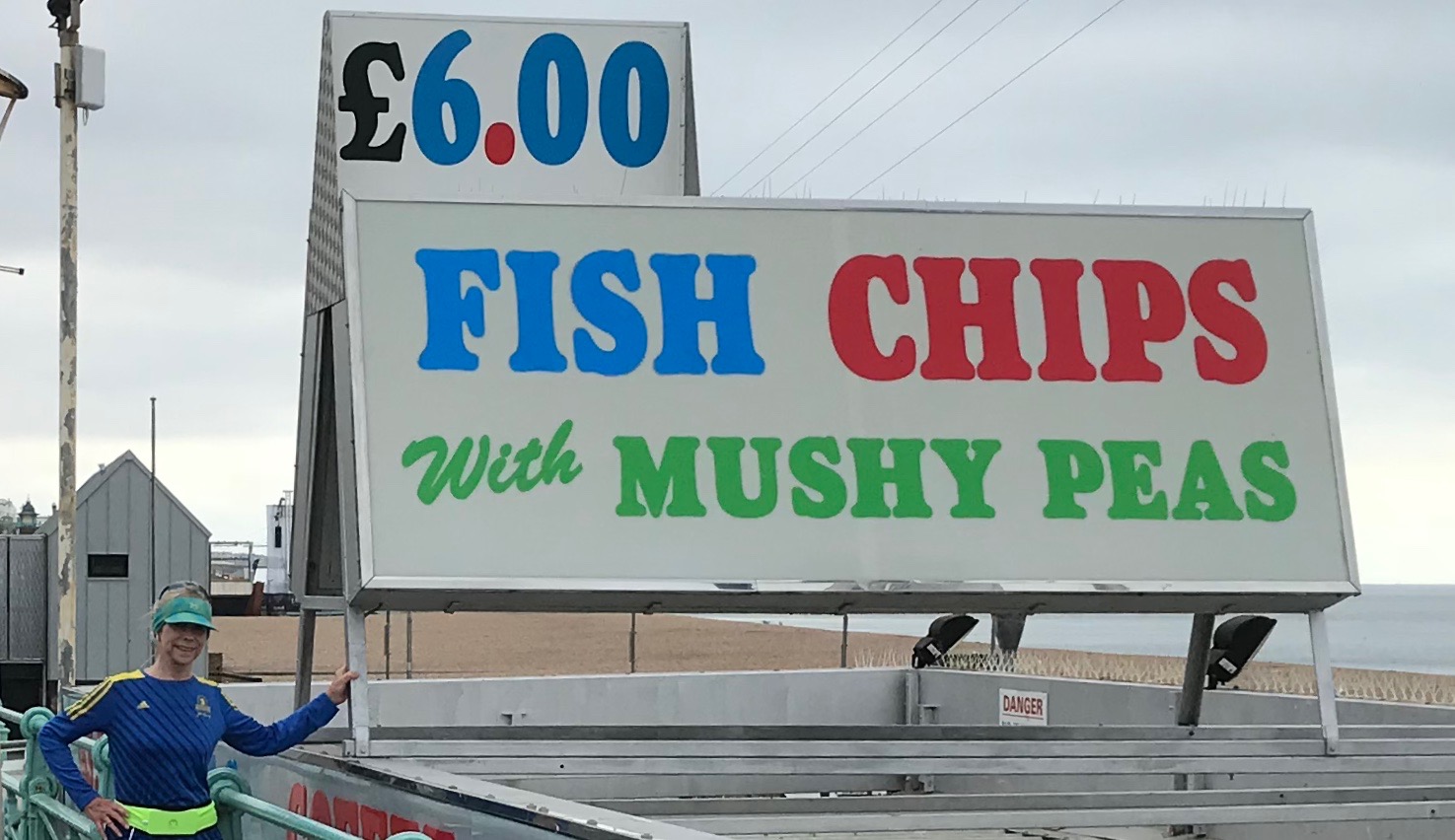 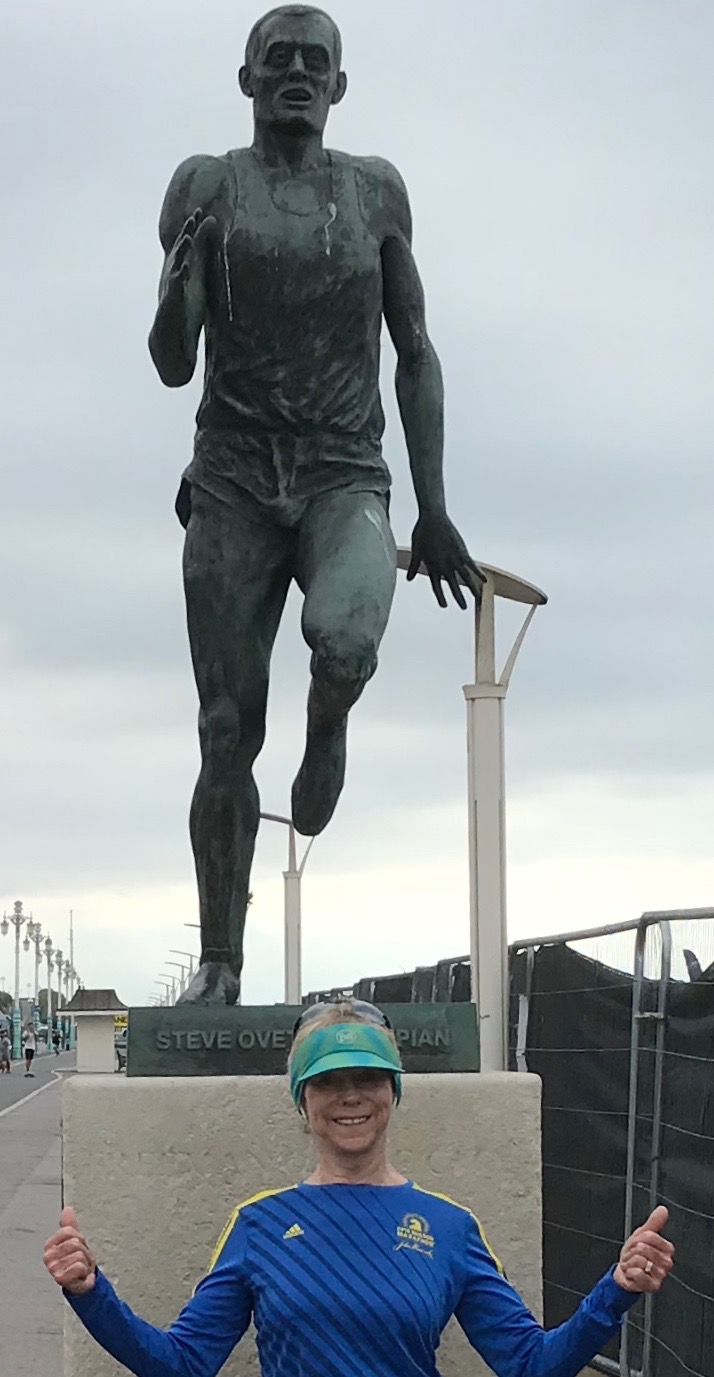 Colorful changing rooms, they are only allowed to paint the doors.

We attended two theatre productions together, Allelujah and A Brief Encounter.  We had front row seats for Allelujah and could not see anything low on the stage as it was so high above our heads.  It was British political satire dealing with government run health care, immigrant doctors and caring for the elderly population.  It was very well done with some great performances, if only we could have seen it.  A Brief Encounter was a take off on Noel Coward’s 1936 play combining cinema and stage quite seamlessly.  Again it was very well done with amazing talent.  We have been so impressed by London theatre.

Waiting for Allelujah to begin. 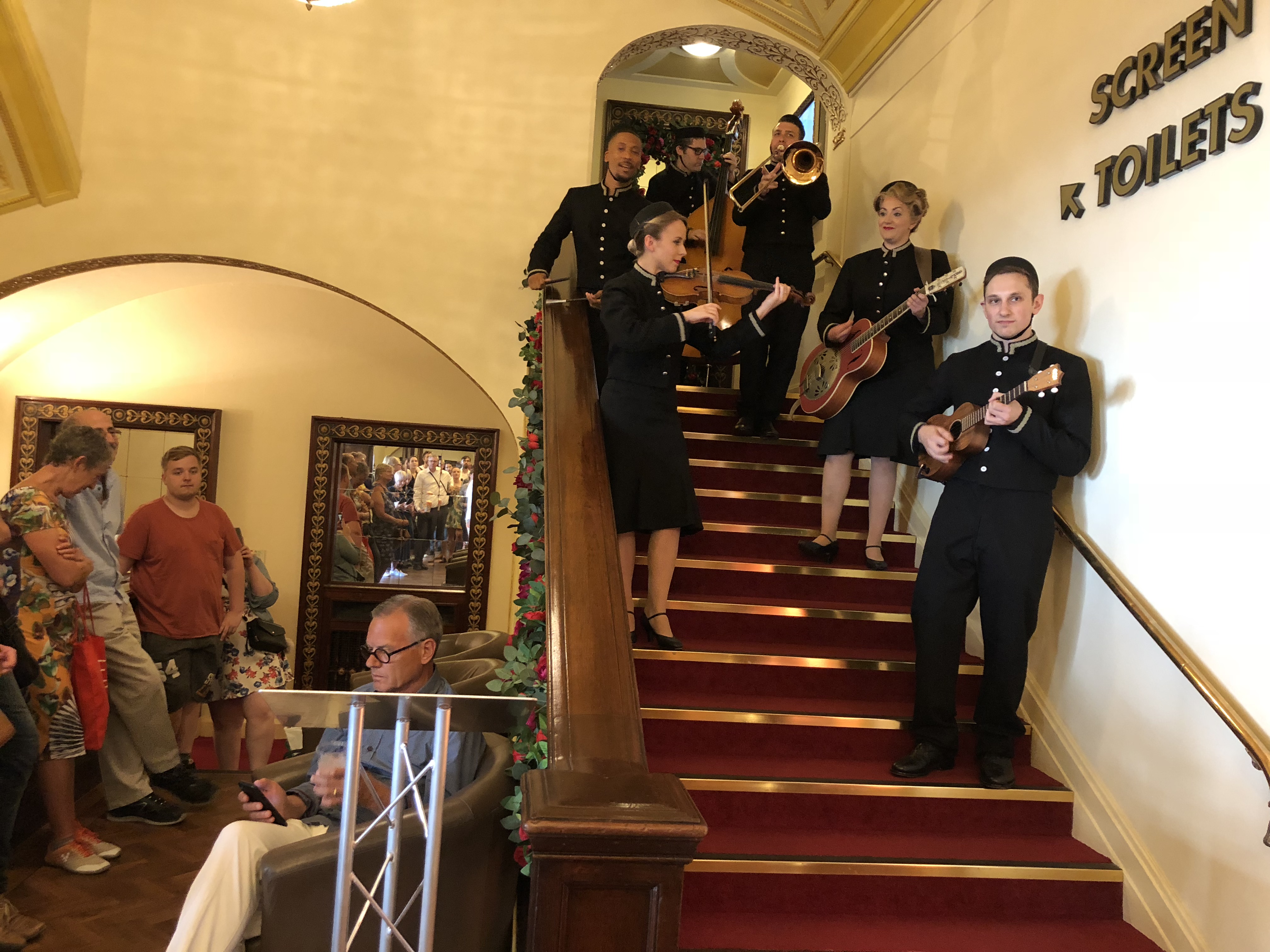 The production of A Brief Encounter started with the cast serenading us in the lobby. 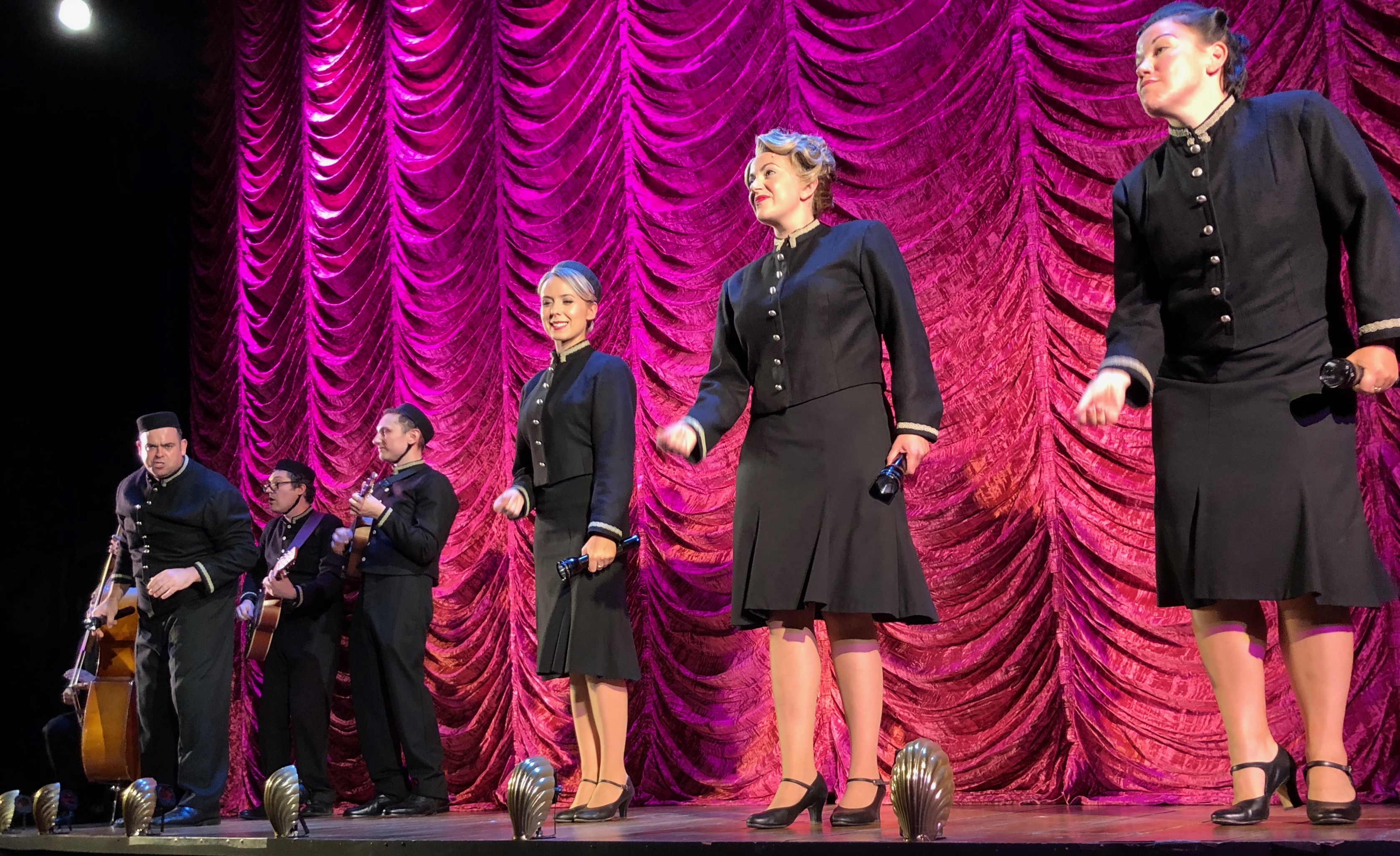 The cast also ushered us into the theatre before beginning the show.  Very talented.

Donald Trump followed us to Paris last summer and this summer he showed up in London much to the displeasure of a lot of the UK citizens.  We went to see the low flying baby Trump balloon without Sue and Helen meeting them later at the National Portrait Gallery. 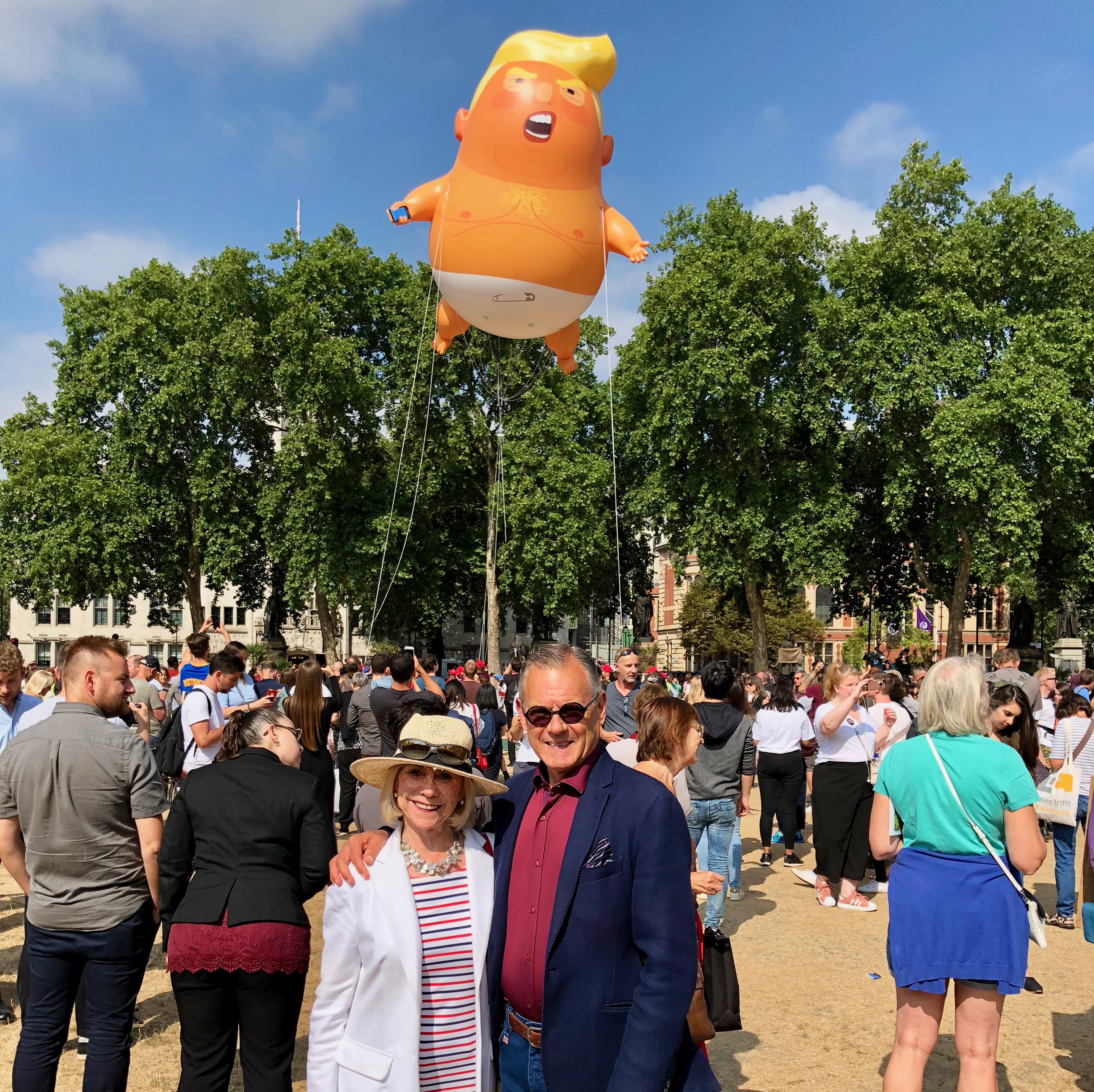 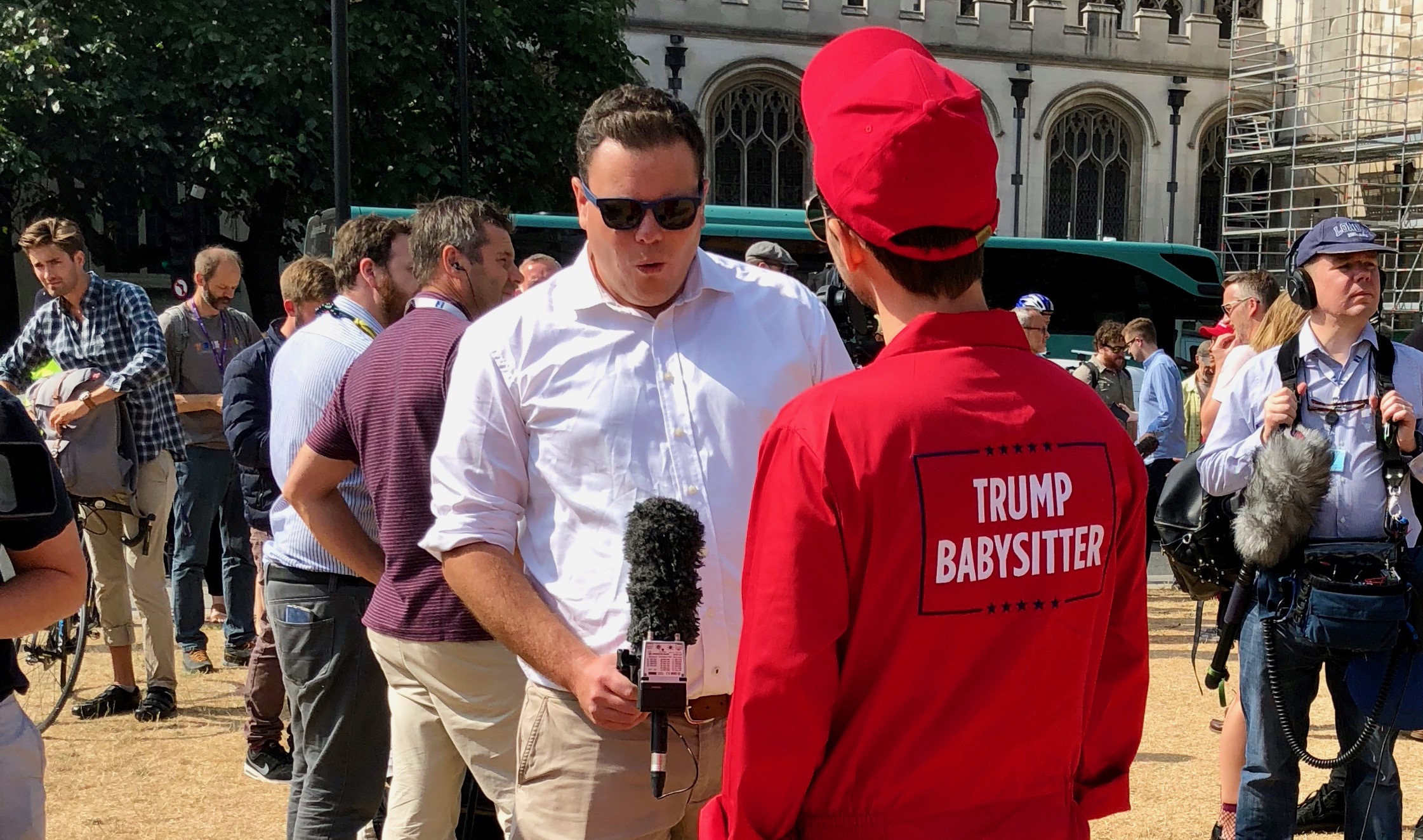 This guy from Scotland was the originator of the balloon. 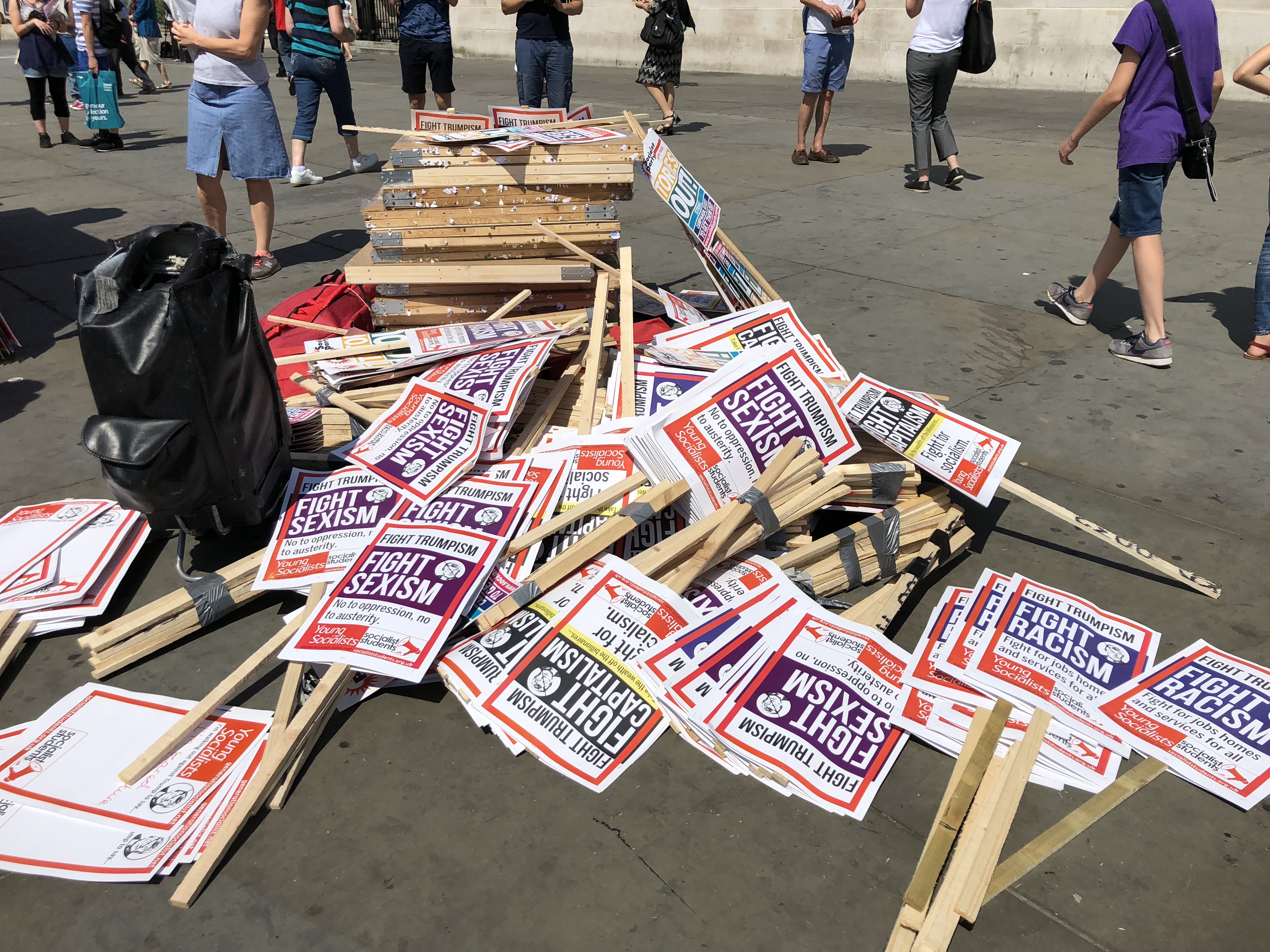 Getting ready for a huge anti-Trump march and rally.

The National Portrait Gallery houses a huge collection of historically important and famous British people.  It is a must see in London and is highly recommended by all of us.

The following morning we met Dick and Andrew at the British Museum for an early morning private introductory tour of the Museum. 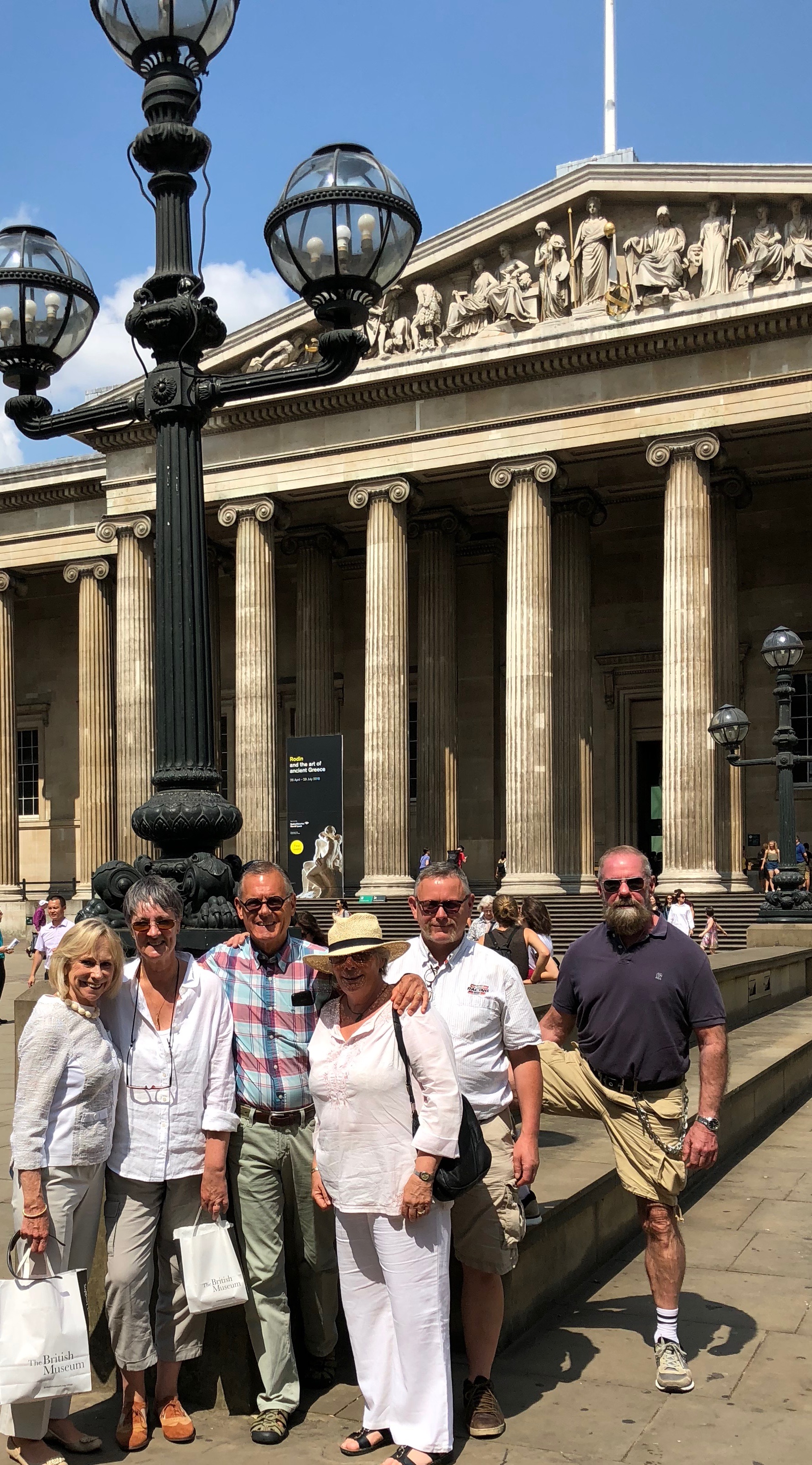 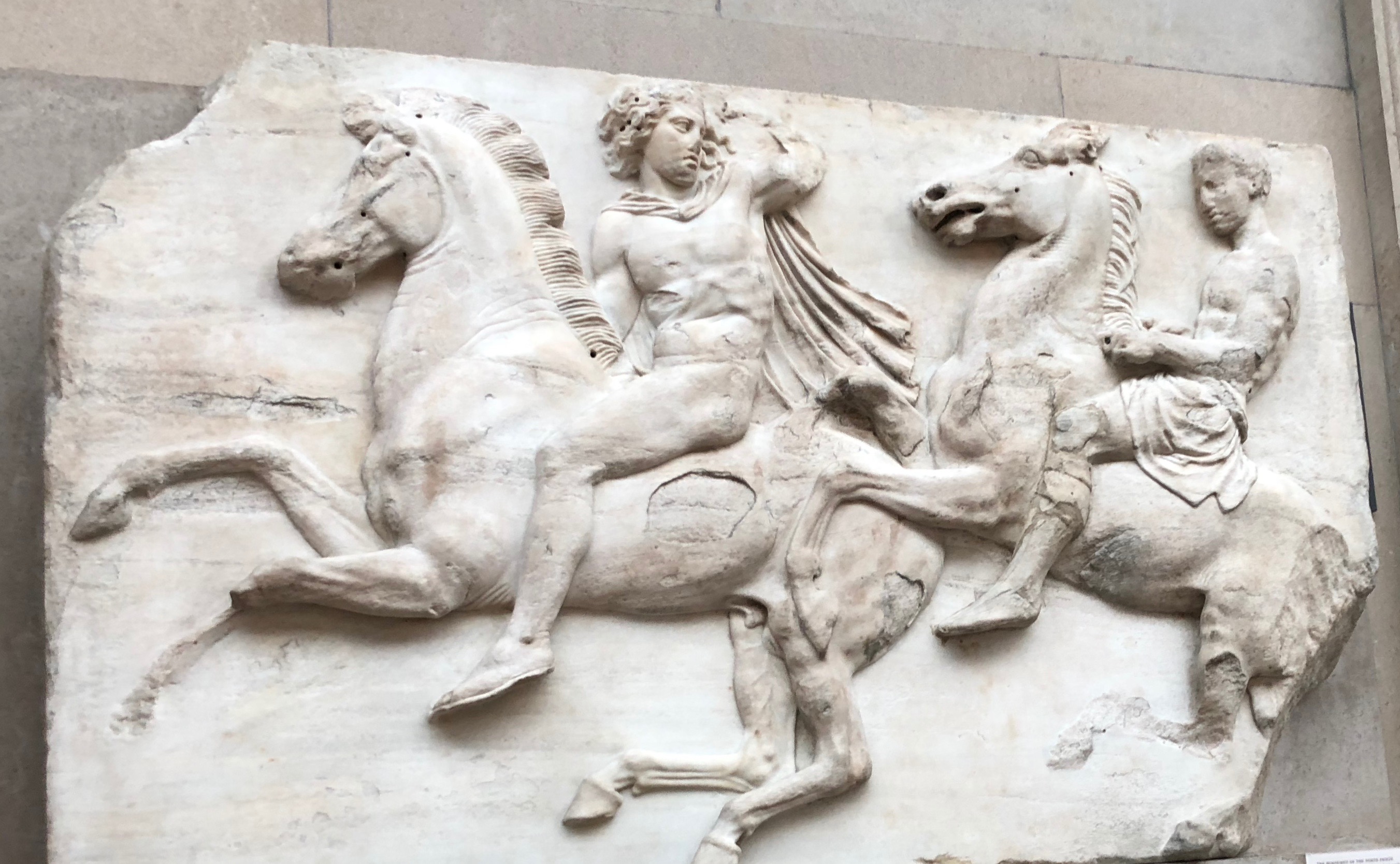 Elgin marbles from the Parthenon. 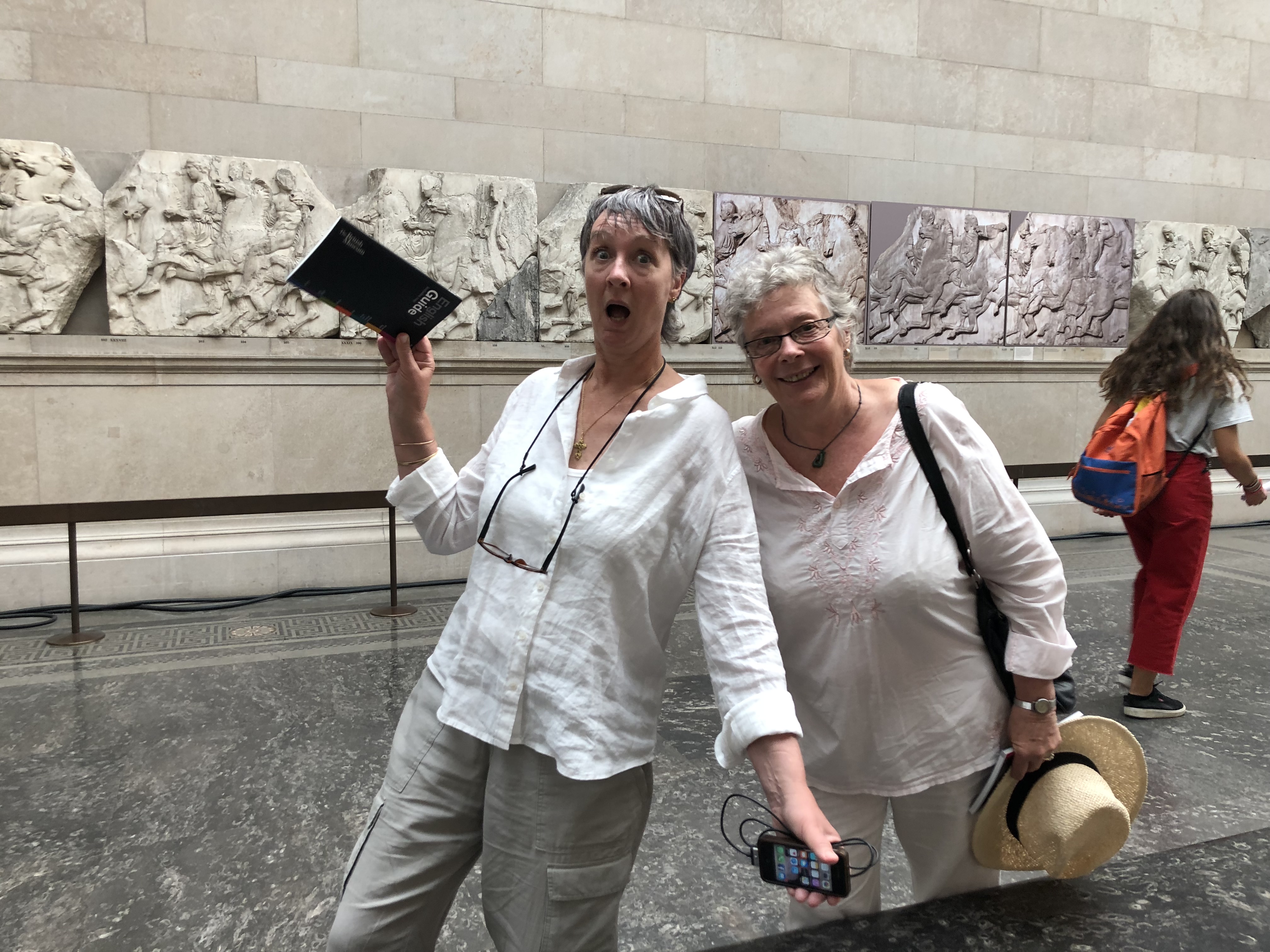 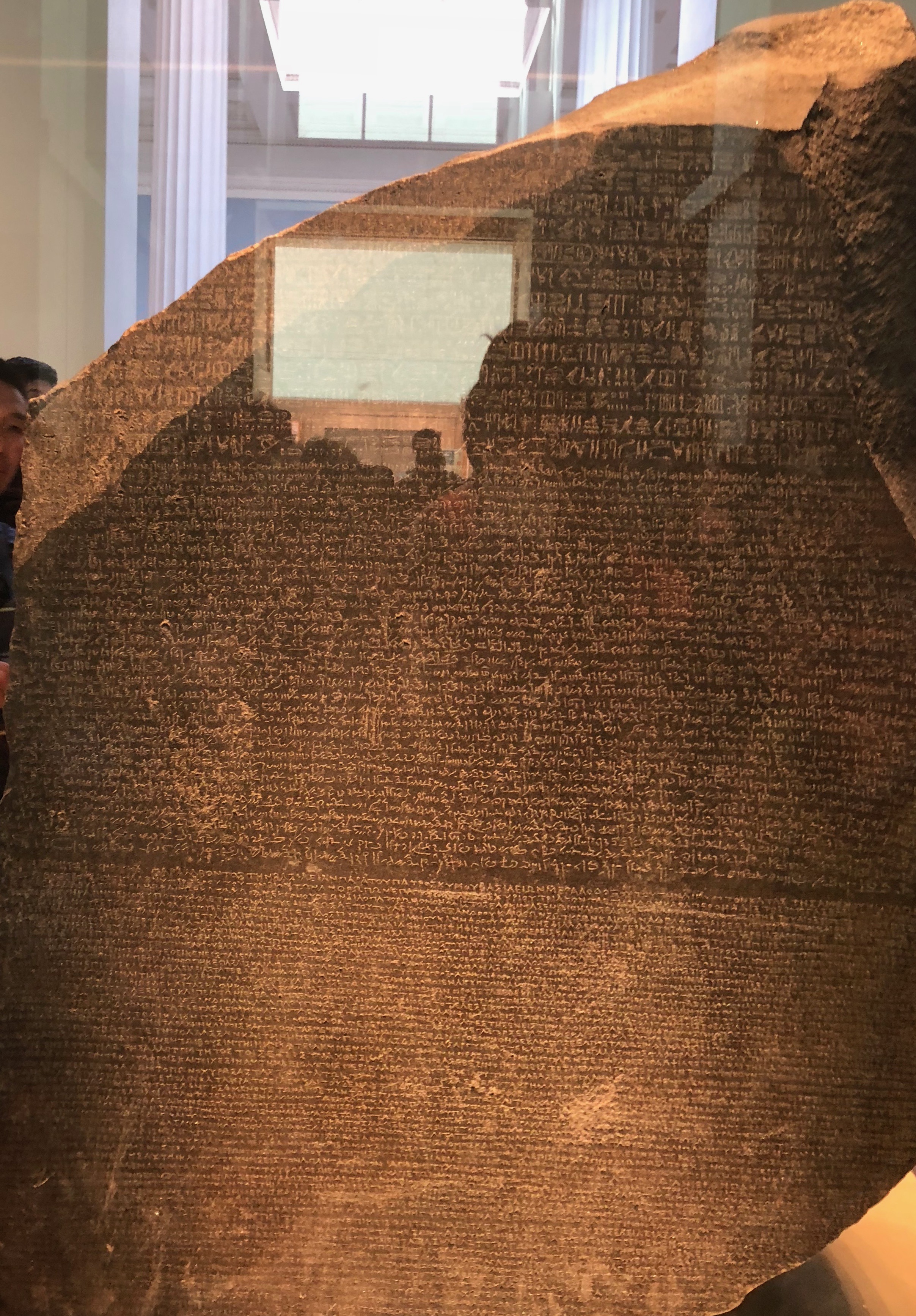 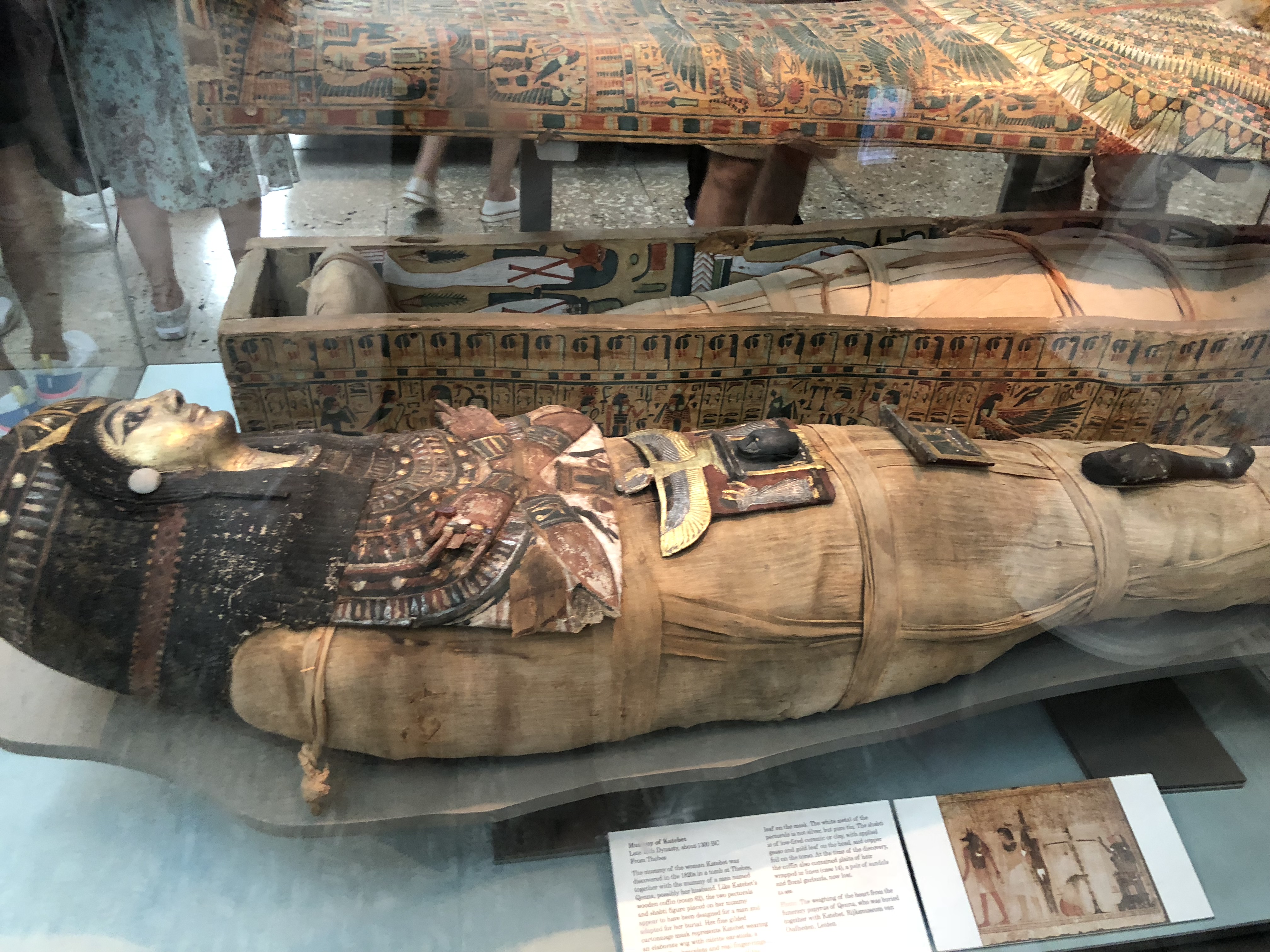 After the tour we all hit our own must see exhibits in the museum and then went for lunch at the Covent Garden Hotel where we saw Jake Gyllenhall as he was leaving the restaurant.  Sandy was so surprised and star-struck that she didn’t even get a picture of him.  Jim didn’t even notice him as he was checking out his female partner.

We had such a good time as always with Sue and Helen, lots of laughs, lots of Helen’s wonderful home prepared meals and a lot of good wine.

We wished them Bon Voyage on July 16, ran back into the house and started preparing for the arrival of Dick and Andrew who arrived a few hours later.

3 responses to “London with Sue & Helen”