We have chosen to spend four weeks in Denver in order to get better acquainted with grandchild number 6 and to meet number 8 for the first time.  Mae Louise is the daughter of our son Matt and his wife Claire.  She was born on September 11, 2015 while we were in Tuscany with Sue & Helen and was quite pre-mature due to a very high risk pregnancy in her mother Claire who was an Ob-Gyn resident in Denver at the time.  Mae   was in the neonatal ICU for a few weeks and was on oxygen at home until 3 1/2 months of age.

She is now a completely healthy and normal almost 3 year old.  We have seen her a few times since birth and we FaceTime with her but that is not enough.  We feel the need to spend significant time with her so that we can all bond.  Camden Maxwell is her two month old brother who was born July 5 while we were in London with Sue & Helen again, the first time since Tuscany.  Claire had an uncomplicated pregnancy and C. section birth about one week early.

We are in a short term rental which is 26 blocks, 1.6 miles, from Matt & Claire and about 1 mile from downtown Denver.  Our area is called Five Points which is one of Denver’s oldest neighborhoods.  It is where the downtown street grid which runs NE to SW meets the neighborhood street grid running north/south so it is a little confusing at first.  The neighborhood was home to Denver’s aristocracy, housing mayors, governors, and prominent business people from 1860-1950 after which it was known as Harlem west because discriminatory home sale laws in other neighborhoods forbade black people from settling in them.  The Five Points community suffered from the late 1950s through the 1990s because of drugs, crime, and urban blight.  It is now a very eclectic area in the process of economic rebirth.

We are on the 2nd floor of a two family 1884 home which has been completely renovated with a nice combination of vintage and modern touches. 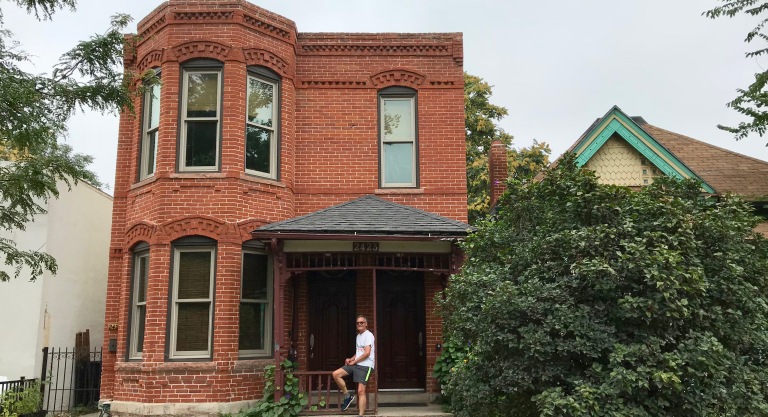 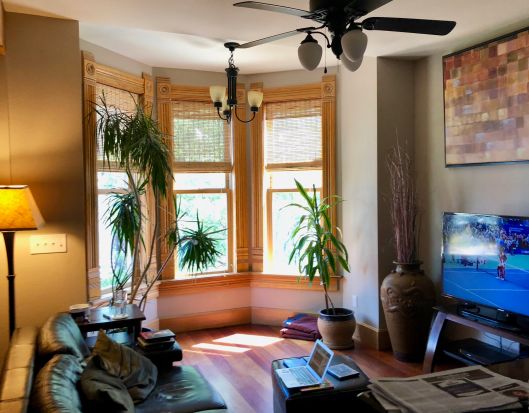 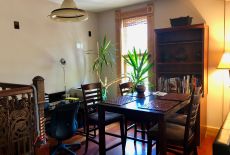 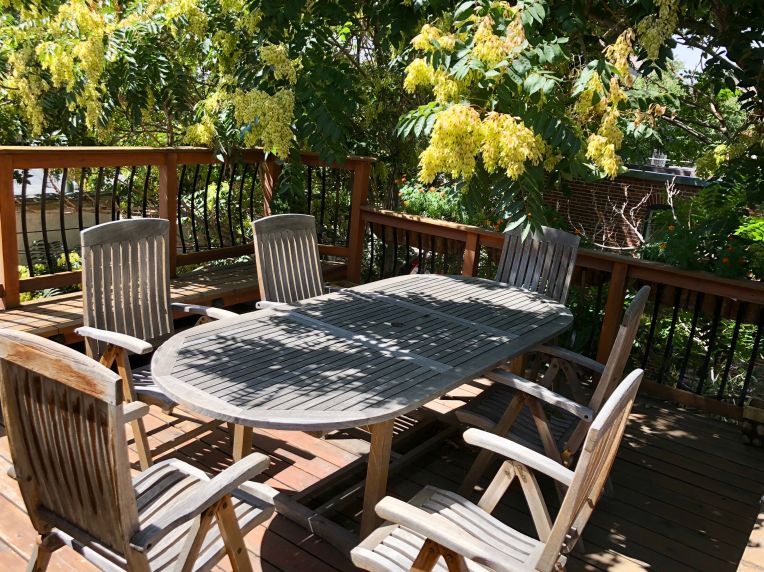 We also have a large private redwood deck off of the bedroom.  We are finding Denver to be a much tougher city to walk than others we have lived in as it is so spread out with so many differing neighborhoods.  The intense high altitude sun and heat also make it difficult to walk during mid day to late afternoon.  The up side of Denver weather is that the mornings and evenings are quite cool and dry.  We are doing early morning runs every other day.  The first run was exploring downtown.

After our first mile, even Sandy was huffing and puffing and stopped to walk.  Oh yeah the altitude, duh.  Since our first run we have headed the other way running one mile to the City Park and then running around and through the park. 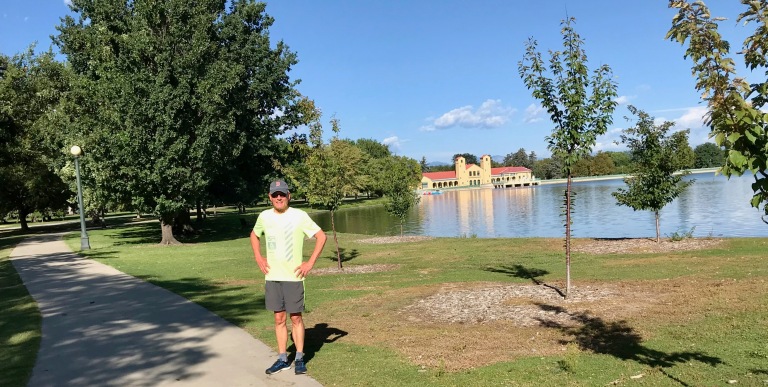 We are already running further before stopping to walk and then running a few blocks and walking a block.  We feel that we will be acclimated to this altitude soon.  We are ending our runs at Matt & Claire’s to hang out with Camden so that Claire can go out for a run, do errands or just work around the house.   We have shared some memorable evening meals together as both Matt & Claire are terrific in the kitchen and have a palate for healthy Mediterranean dishes which matches our tastes.

Interspersed with spending time with Matt & Claire we have also spent time with two of Jim’s nephews.  Joel Steen and his wife Lacey moved from Maryland to Denver just two months ago.  Joel is the son of Jim’s older brother David.

Jonathan Steen who is a pilot for Southwest Airlines lives in Elizabeth CO with his wife Jolene and four boys.  Jon is the son of older brother Claude.  We are very close to both of these families and will enjoy our time with them.

In spite of the heat we have explored Denver on foot quite a bit.  We took a tour of Coors Field one morning and then walked through LoDo (lower downtown) exploring Denver Milk Market and Union Station continuing on across three pedestrian bridges crossing railroad tracks, the Platte River and Interstate 25 to the Highland neighborhood.  At this point the heat was too intense and we took an Uber home.

We are down to just over two weeks left in Denver and we look forward to a lot more family time, a mini Steen family reunion and a weekend trip to the mountains. 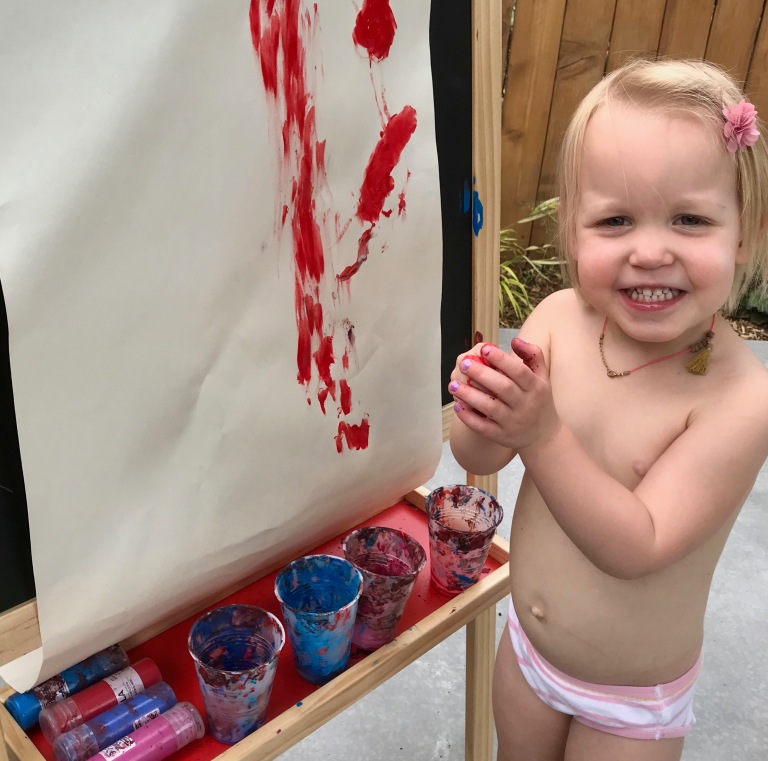