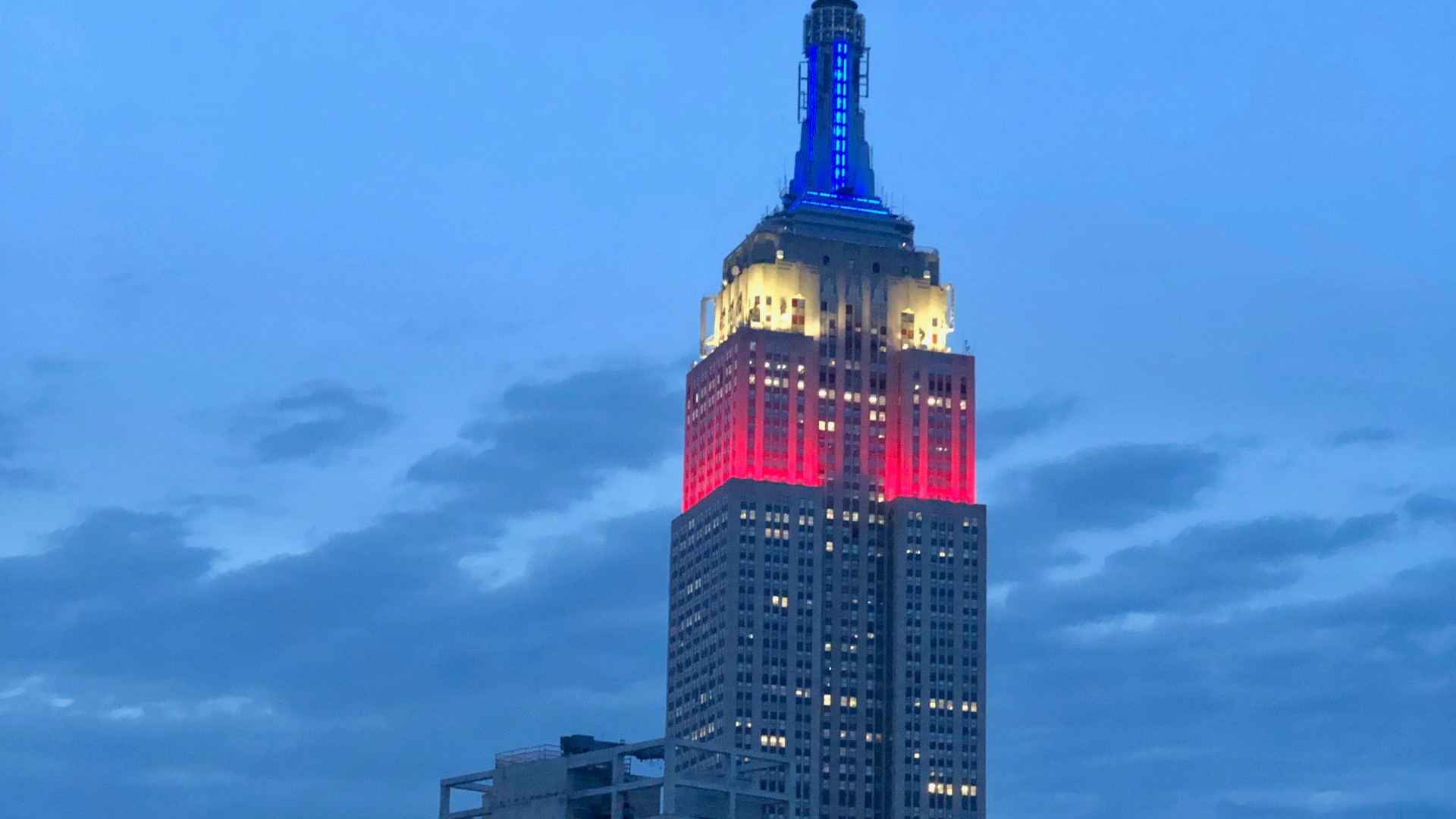 We are settling into the Upper West Side and enjoying it, only one block from Central Park and the subway.  Columbus and Amsterdam Avenues are teeming with shops, restaurants and Cafés so we are happy.  Our runs are now into Central Park, exploring there without worrying about traffic or busy sidewalks.  We tend to eat simple meals at home at least half the time as restaurants are so expensive here especially in comparison to our last home in México City.

One of our longtime friends and blog followers, Linda Rubin, contacted us recently and in back and forth emails introduced us to a friend of hers in New York.  Vivian Judson is a terrific, self made, very successful woman who we finally met at her 31st floor Upper East side apartment.  We spent a few hours with her admiring the East River views, noshing on some goodies, touring her building and walking the neighborhood.  Another New York friend added to our list.  We will definitely be spending more time with Vivian. 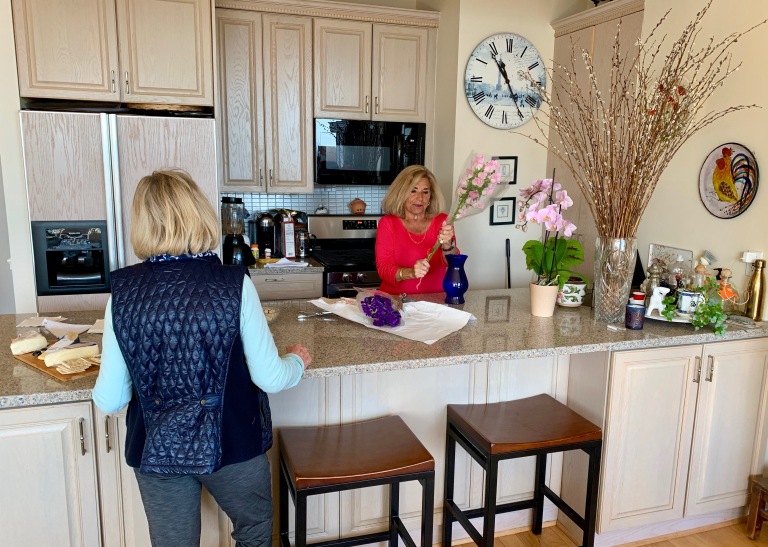 Donna Quirk, our friend from Boston who has visited us in Paris, San Francisco, London and Mexico City, came to New York over Memorial Day weekend to visit her daughter Caroline and son Colin who both live here.  We love getting together with Donna for runs as that is how we met her at a runner’s event in Beacon Hill.  We took the subway to Soho for a run along the Hudson River Park with her and then had breakfast at her daughter Caroline’s place. 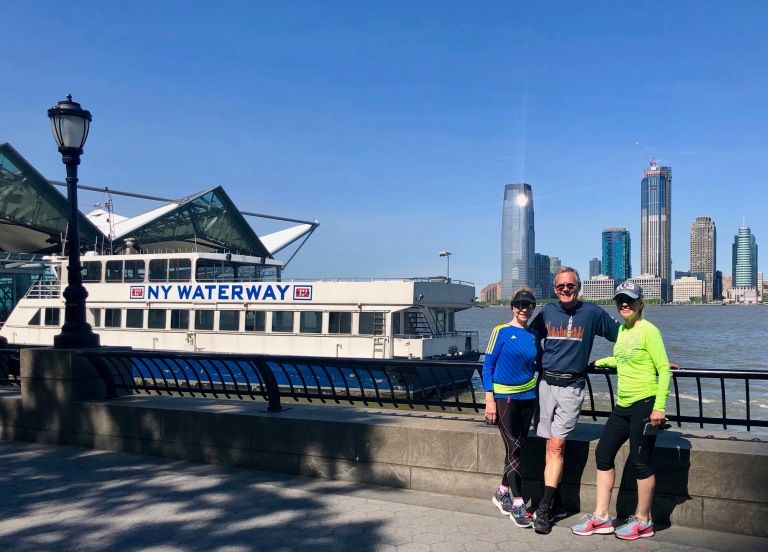 After our run and cleaning up we took the subway to New York Botanical Garden in the Bronx.  Jim turned what should have been an hours commute and a training session for Donna on using the subway into an extended comedy by getting on the first train entering the station without confirming that it was the correct train.  We all had seats for a change but Jim noted the two guys next to Donna surreptitiously smoking marijuana.  When they got a little crazy, spitting on the floor and cursing we all got off at which time Jim discovered that we had been on the wrong train.  Donna terminated her training session at that point deciding to just continue using Uber to get around.  We did not arrive at NYBG until 3pm.  We were all starved and looking forward to The Hudson Garden Grill which closed just prior to our arrival.  We settled for a small cafe meal before exploring a very limited area of the gardens as we were all tired by then. 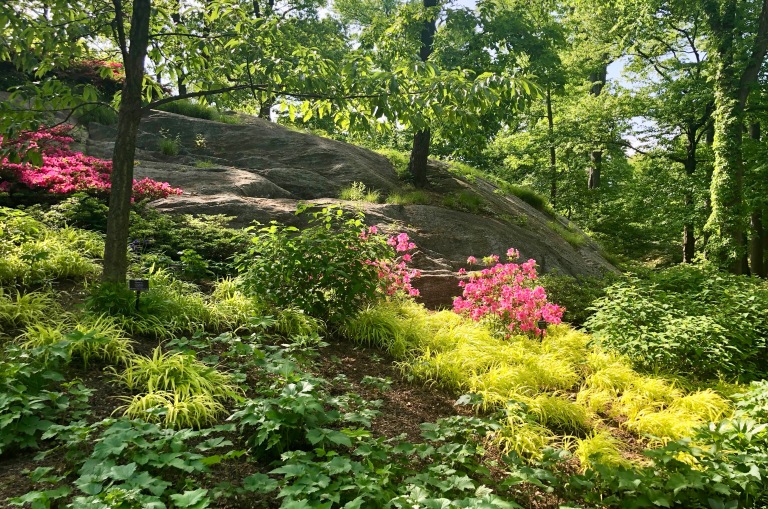 On the day following the Botanical Garden debacle we met Donna at Grand Central Station for a self guided audio tour which we thoroughly enjoyed.  We would recommend trying for an actual guided tour which was not available on the day that we went.

Another friend now living in New York is Rebecca Yang who Sandy worked with at Lahey Clinic.  Rebecca, who is a breast surgeon, left Lahey one year ago and now works in New Jersey.  Rebecca and her husband Adam Caper have visited us in Paris and Rome.  We met up with Rebecca at our apartment and had a good authentic Mexican meal at Cafe Frida only two blocks away on Columbus Avenue.

Friday night May 24 we took the subway back to SoHo to have dinner with Donna and her family at the Crosby Street Hotel.  We really enjoy getting to know our friends children as most of them are even more remarkable and interesting than their parents.

We spent a great Saturday with Jim’s nephew Peter Steen and his husband Kurt Vrancken, meeting up with them at Hamilton Grange National Memorial in West Harlem.  This site preserves the relocated home of U.S. Founding Father Alexander Hamilton.  The mansion holds a restoration of the interior rooms and an interactive exhibit on the newly constructed ground floor for visitors.

After viewing the Grange we walked a few short blocks to Peter and Kurt’s apartment for a wonderful homemade lunch.  Peter and Kurt have been in New York for about four years as Peter took a Psychiatry residency on Staten Island and is now in a fellowship at Columbia.  We spent Thanksgiving weekend with Peter and Kurt when we were here in 2017 and we really enjoy their company.

As we said earlier our friends Adam and Rebecca moved to New York just one year ago.  The end of May they moved from New Jersey to an apartment in Chelsea and on a beautiful Spring evening we christened the grill on their common roof deck with the grill master Adam grilling the whole meal for all of us. 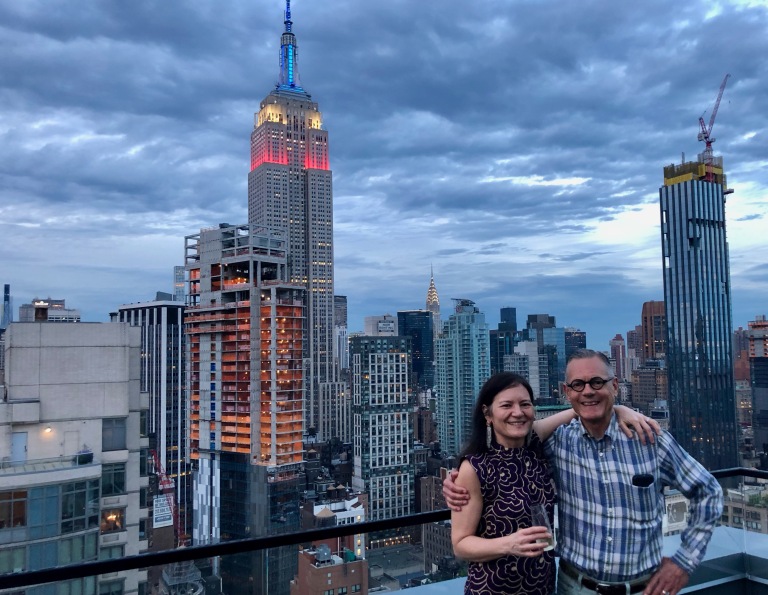 On May 28 we tried MegaBus and returned to Melrose for grandson Jack’s prom.  When Jack was nine years old he and Grammy were watching the limo’s with all of the prom goers and Grammy asked Jack if he would take her to his prom.  His answer was “Grammy you’ll be dead by then”.  We had to be here for this prom to prove him wrong. 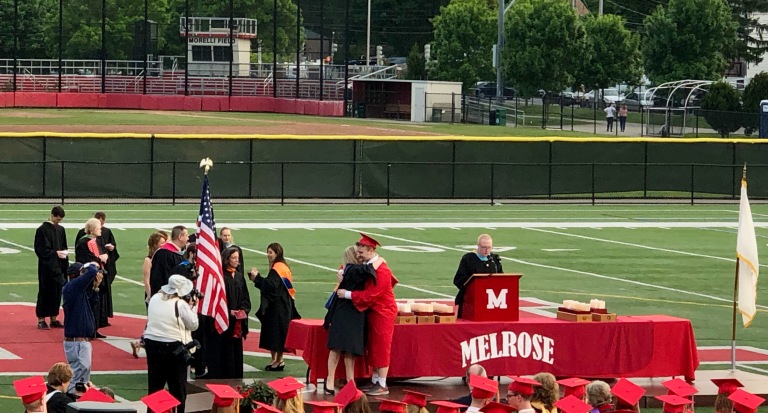 Meanwhile back to New York, a seven hour slog door to door. 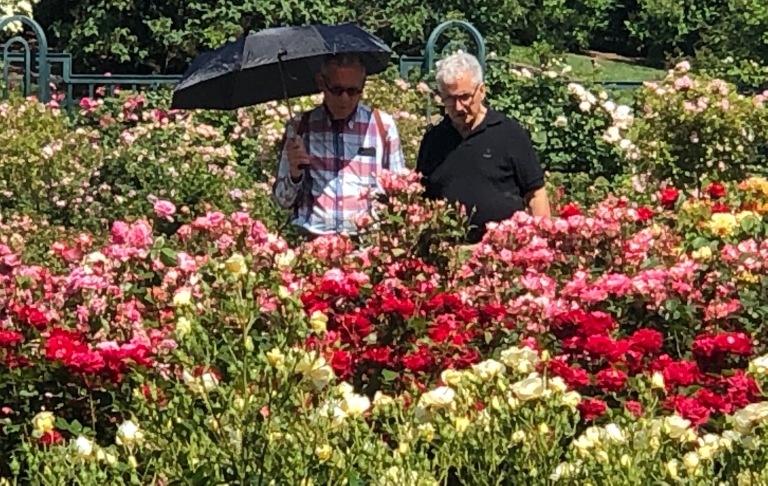 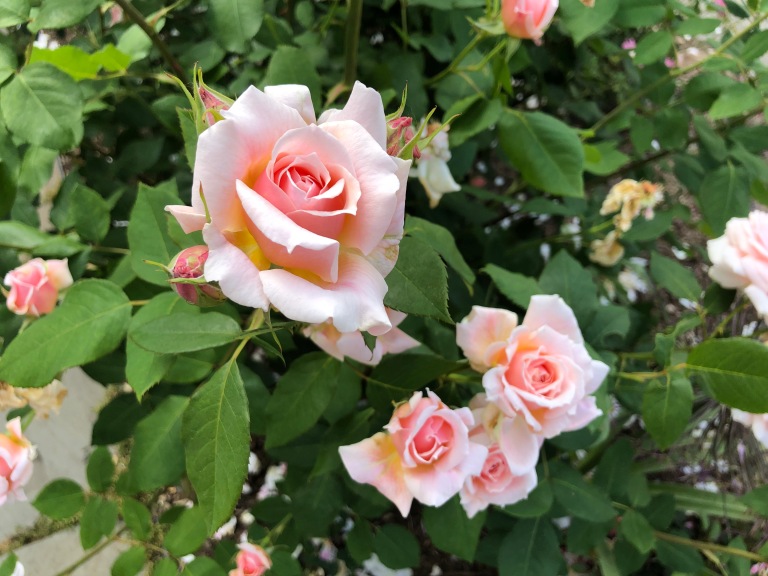 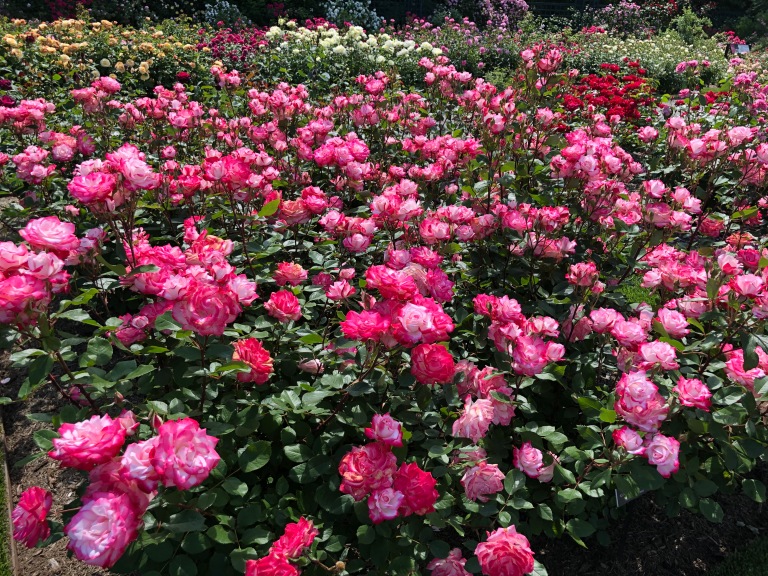 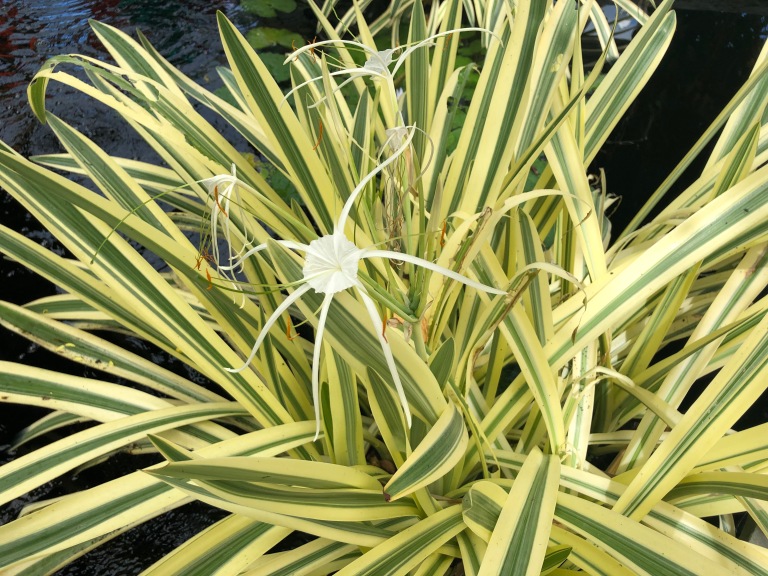 We are down to only nine days left in NYC.  We are liking it so much that we are having thoughts of moving here.  Today we start going to open houses.

Leave a Reply to Living our retirement dream Cancel reply