We leave Bath and drive to Salisbury arriving just in time to grab the last two tickets for a tower tour on this Saturday at 1:15pm.  We had a nice light breakfast in the cloisters before taking an 11:15 tour of the cathedral floor given by the usual volunteer docent.  We have found these volunteer tours to be very informative and quite fun as all of the tour guides are passionate about their subjects and eager to share their knowledge and love of their local cathedrals.

Salisbury is a charming and picturesque little town. 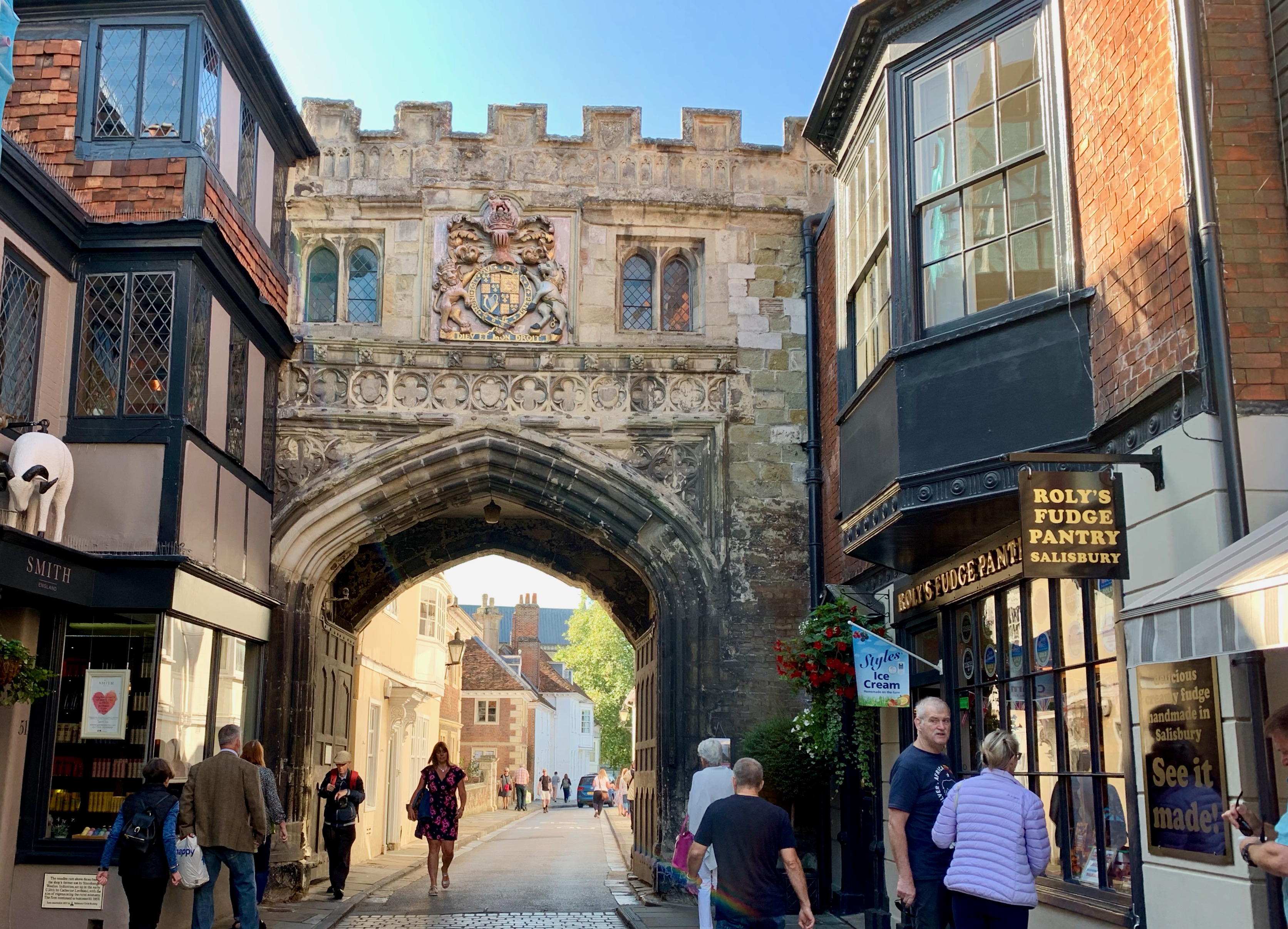 One of the old city gates. 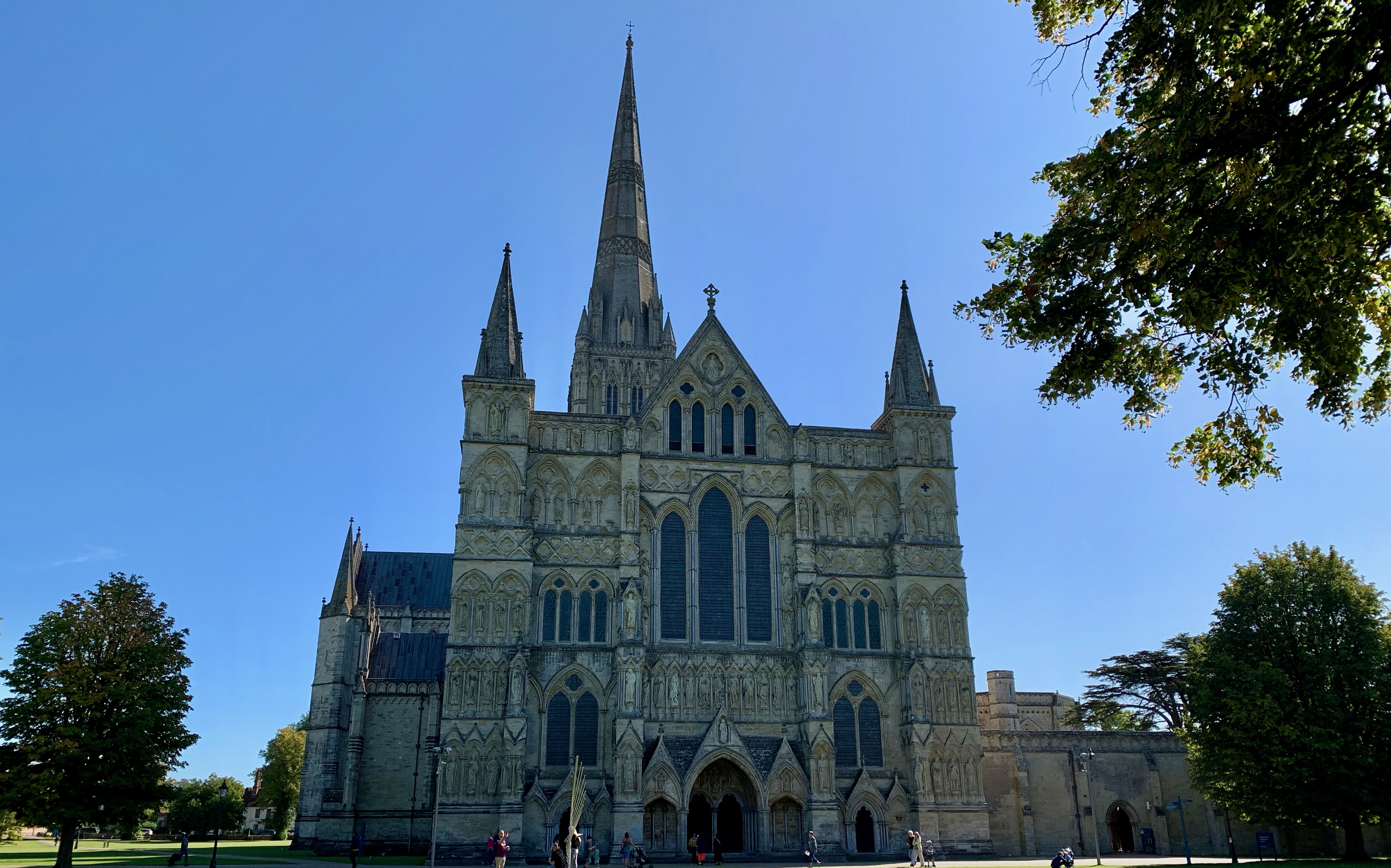 The oldest known working clock in the world. 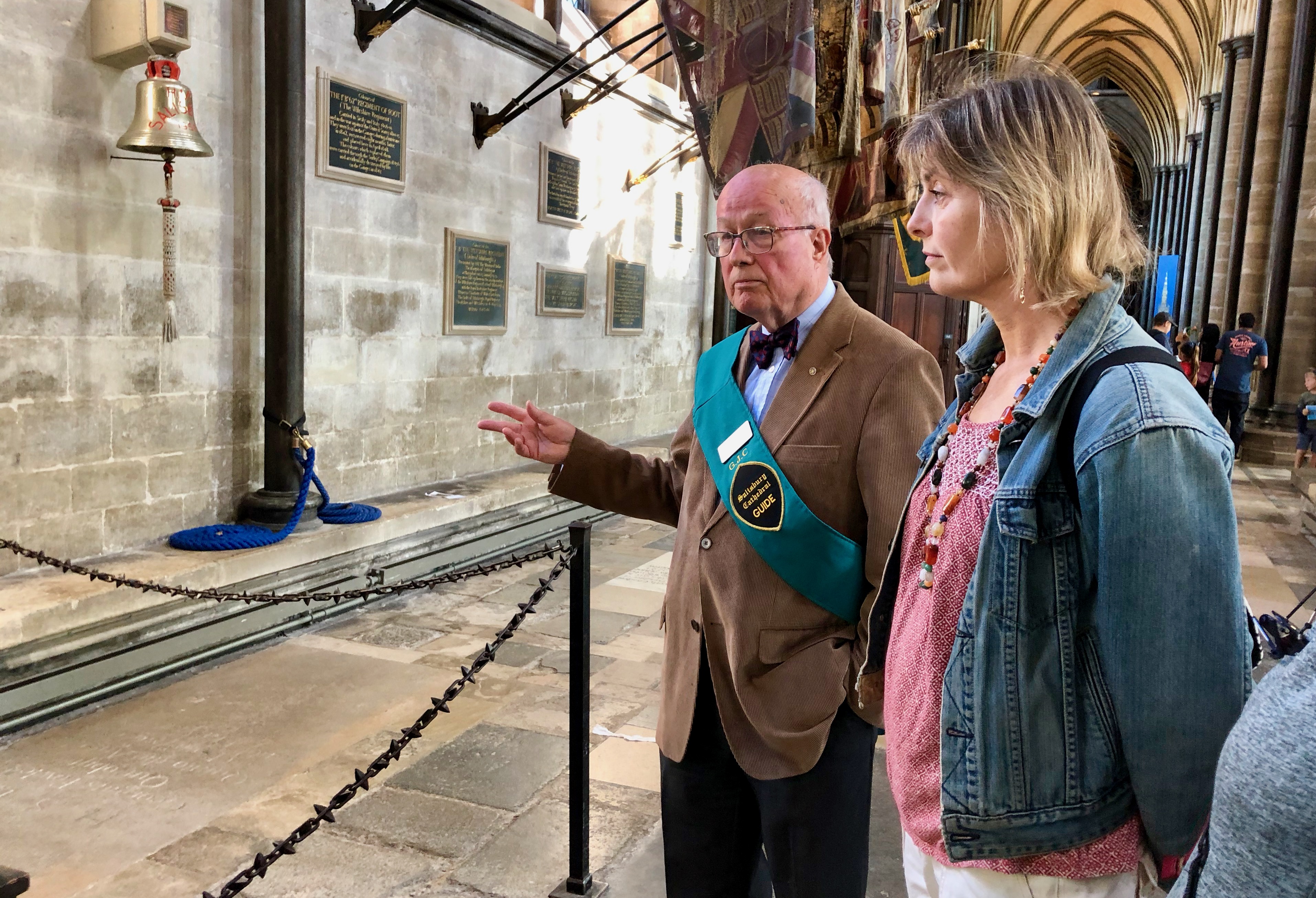 Our volunteer guide, not a bundle of energy but well informed and very interesting. 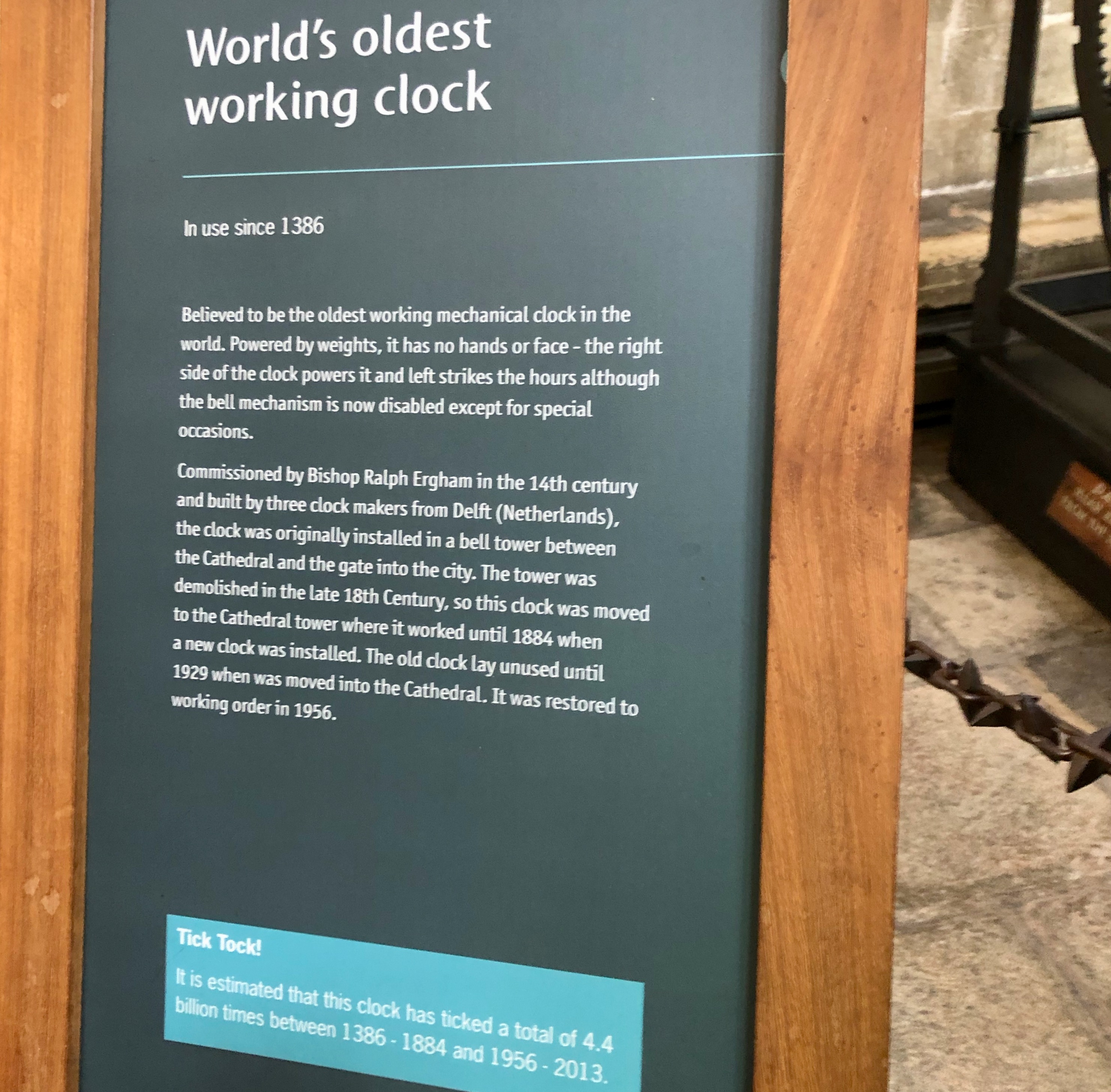 A very unique and modern baptismal font which blends very nicely into this ancient cathedral.  3,000 litres of water circulate through the font so that it is continuously overflowing but the water remains completely placid and undisturbed. 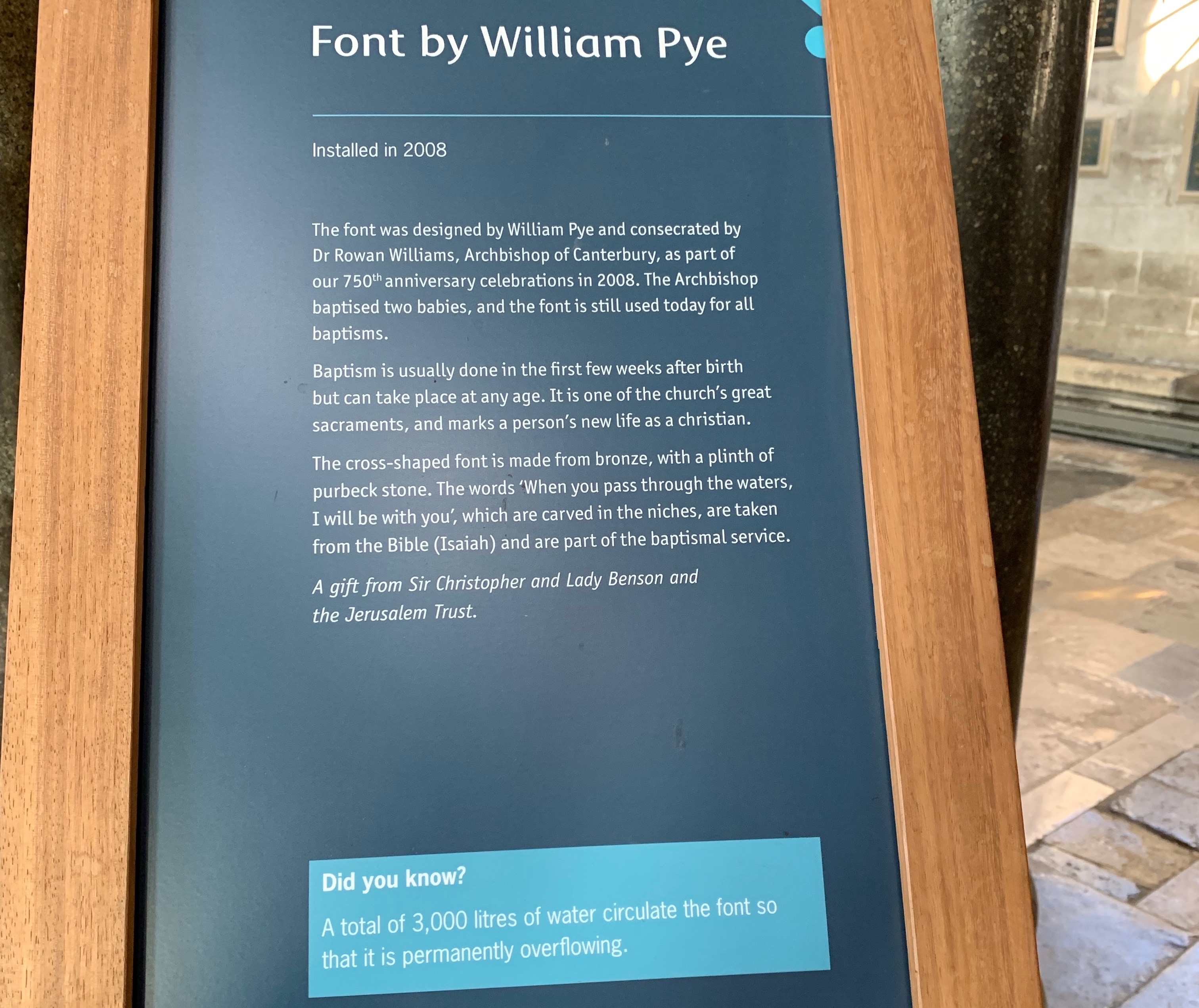 The font as seen from above.

Also the required long view of the cathedral and then the ceiling, picture below. Beginning our tower tour with another volunteer tour guide demonstrating mortise and tenon used in the construction of the roof rafters.

This tower tour was one of our best as it took us to the underside of the spire which is quite unique.  The climb of 332 steps was nicely broken up into five stages which allowed the tour guide and others to rest and catch their breath while we were given great information about the history and building of the cathedral at each stop.

Nice wide stairways with actual handrails rather than just a bell rope.

First stop gave us a great view of the vaulted ceiling 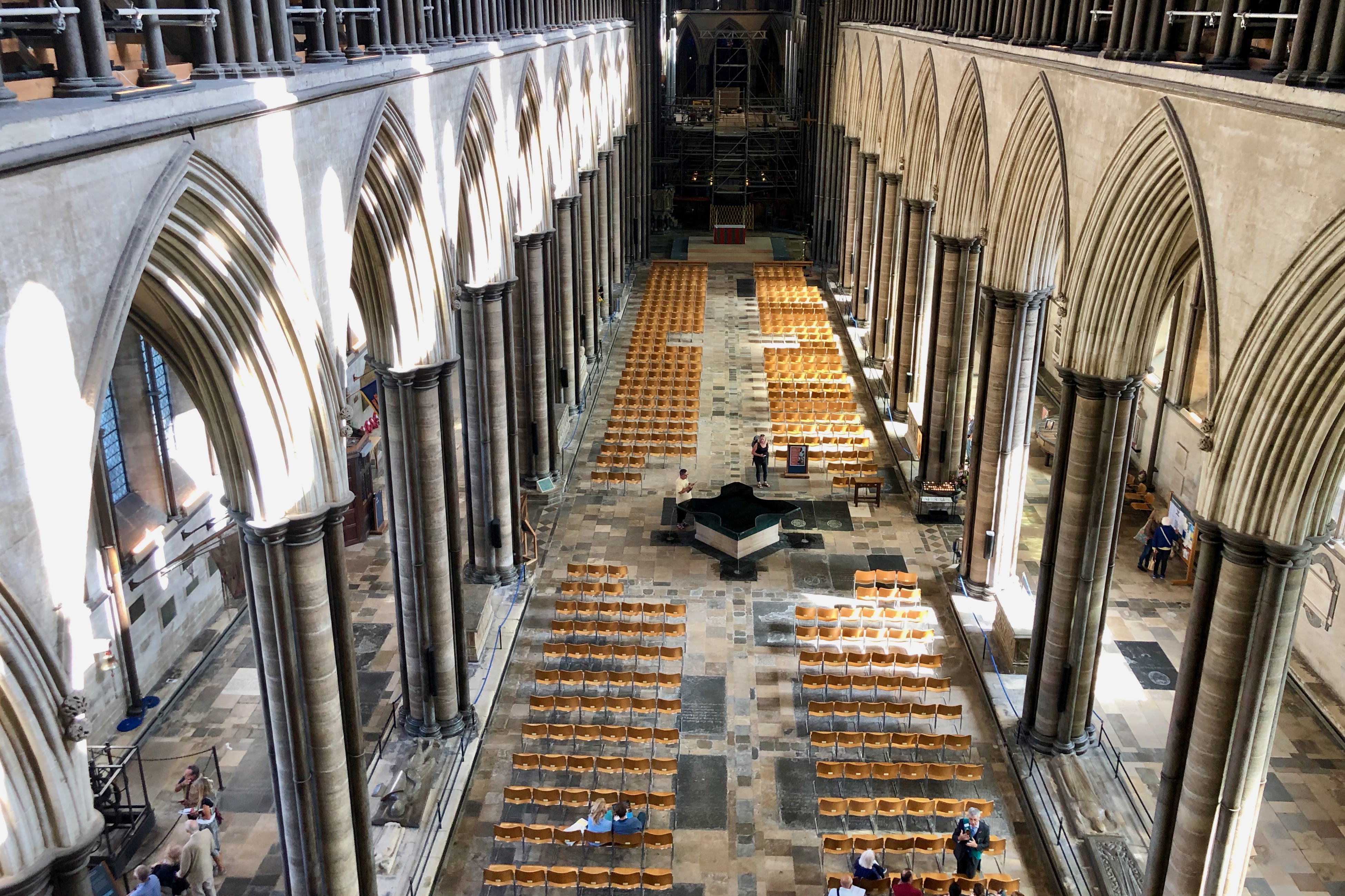 and also the floor of the cathedral

and very closeup views of the stained glass.

Second stop in the attic to view the massive old beams used in the construction of the rafters.

Can you spot Buzz Aldrin’s signature.

Third stop was in the bell tower. 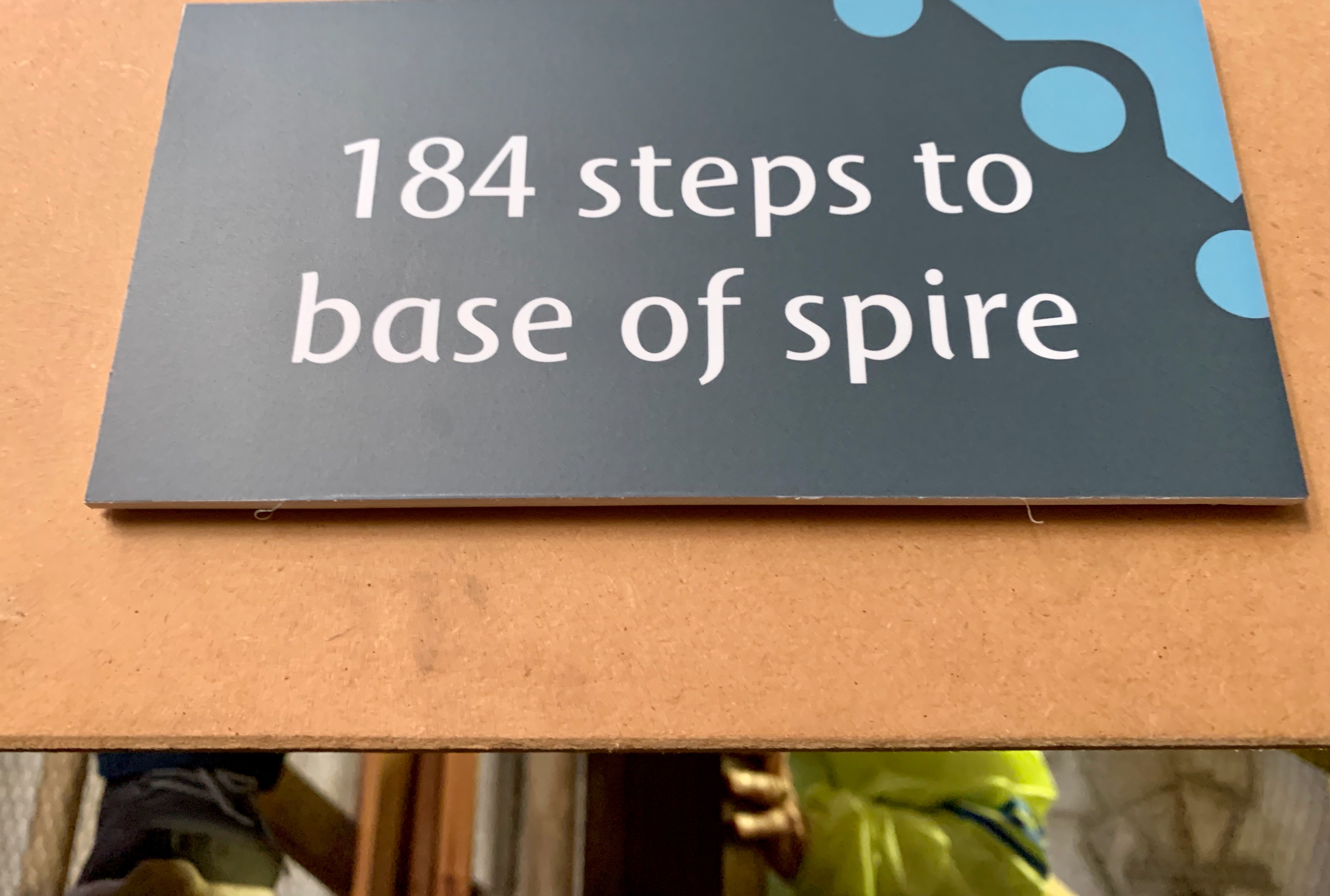 A very unique and modern wooden spiral staircase from the lower bell tower to the next level. 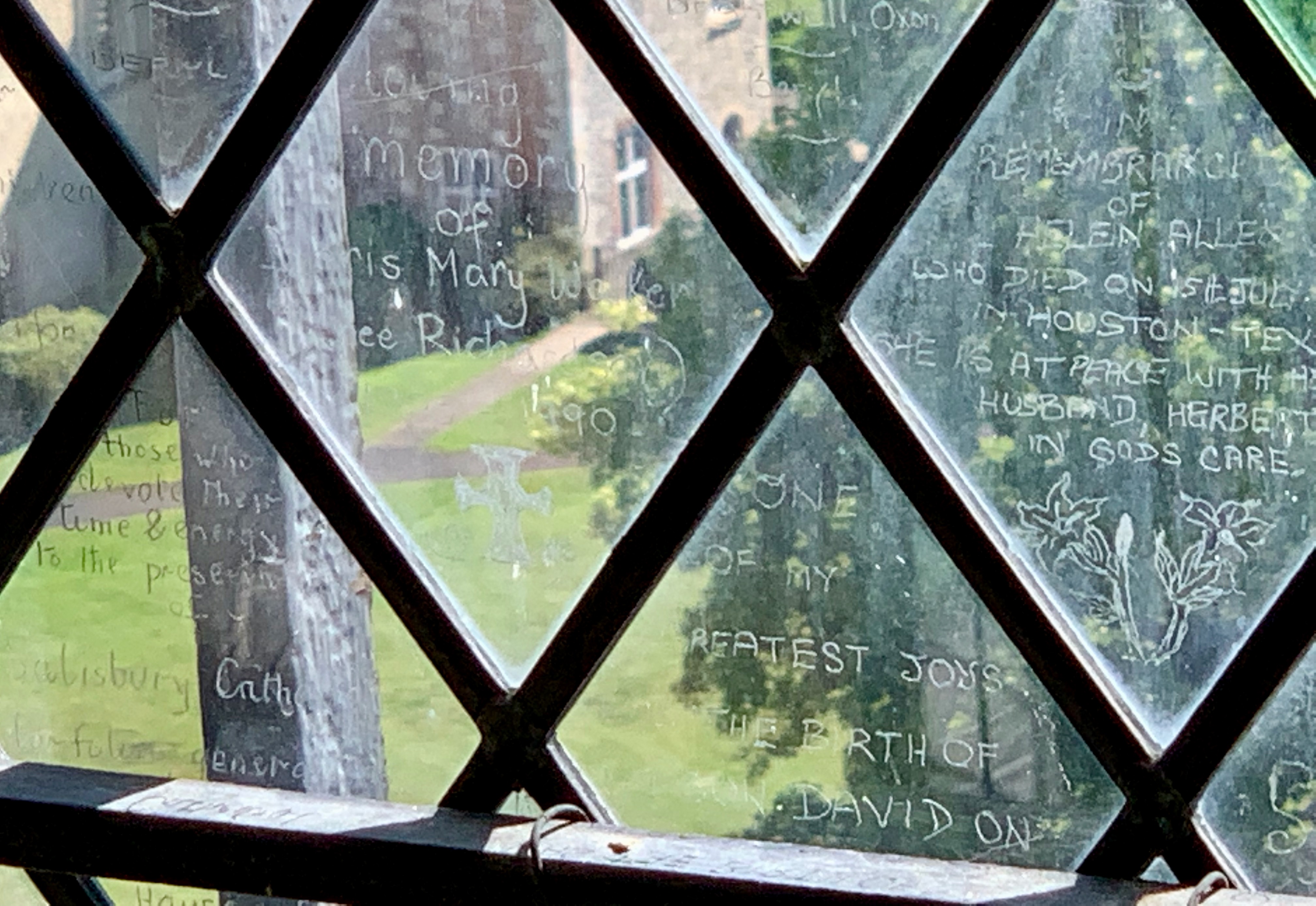 People who donate for renovations can have messages etched in the glass of the bell tower. 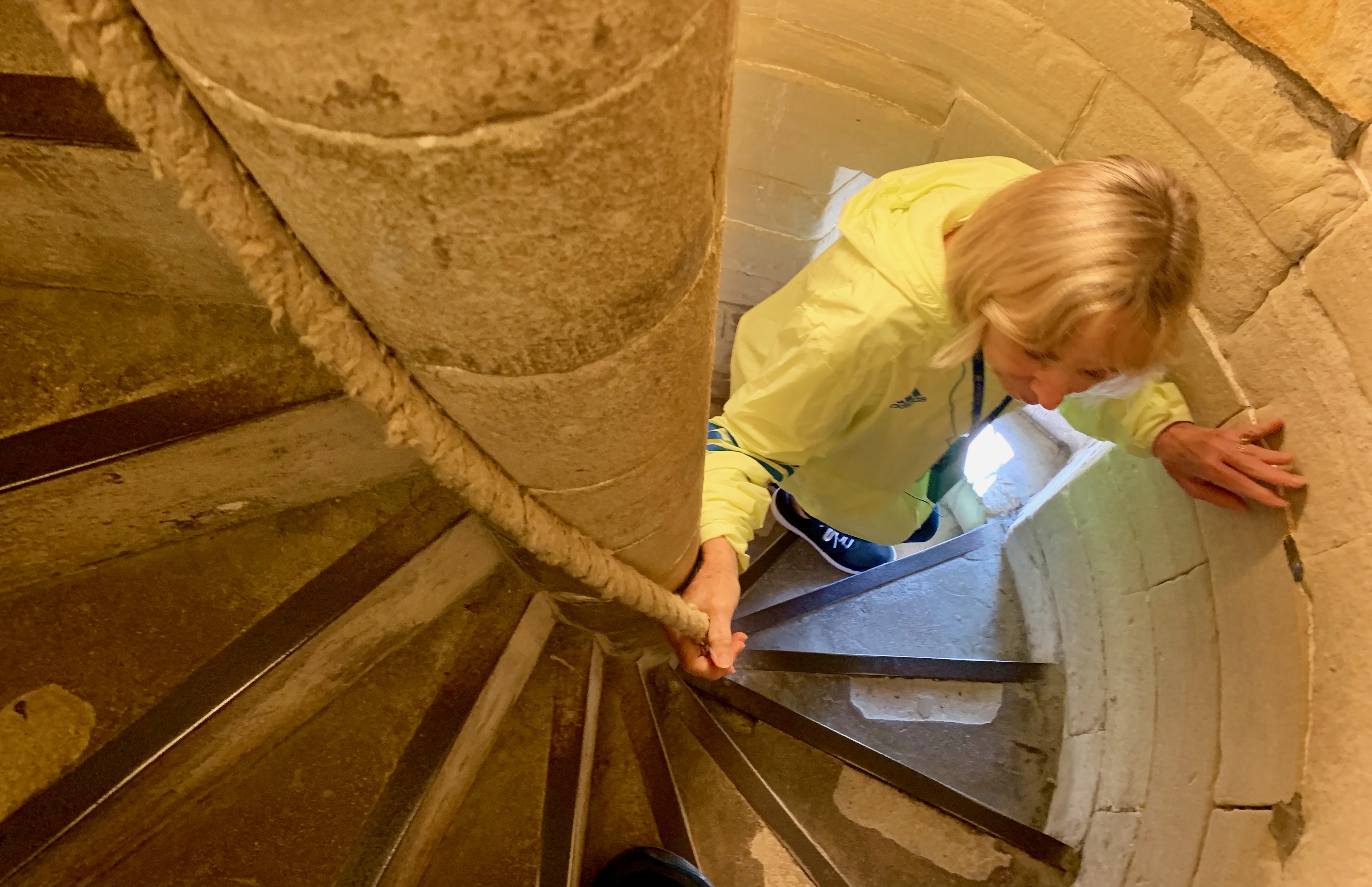 The last set of stairs with only a bell rope to hang on to. 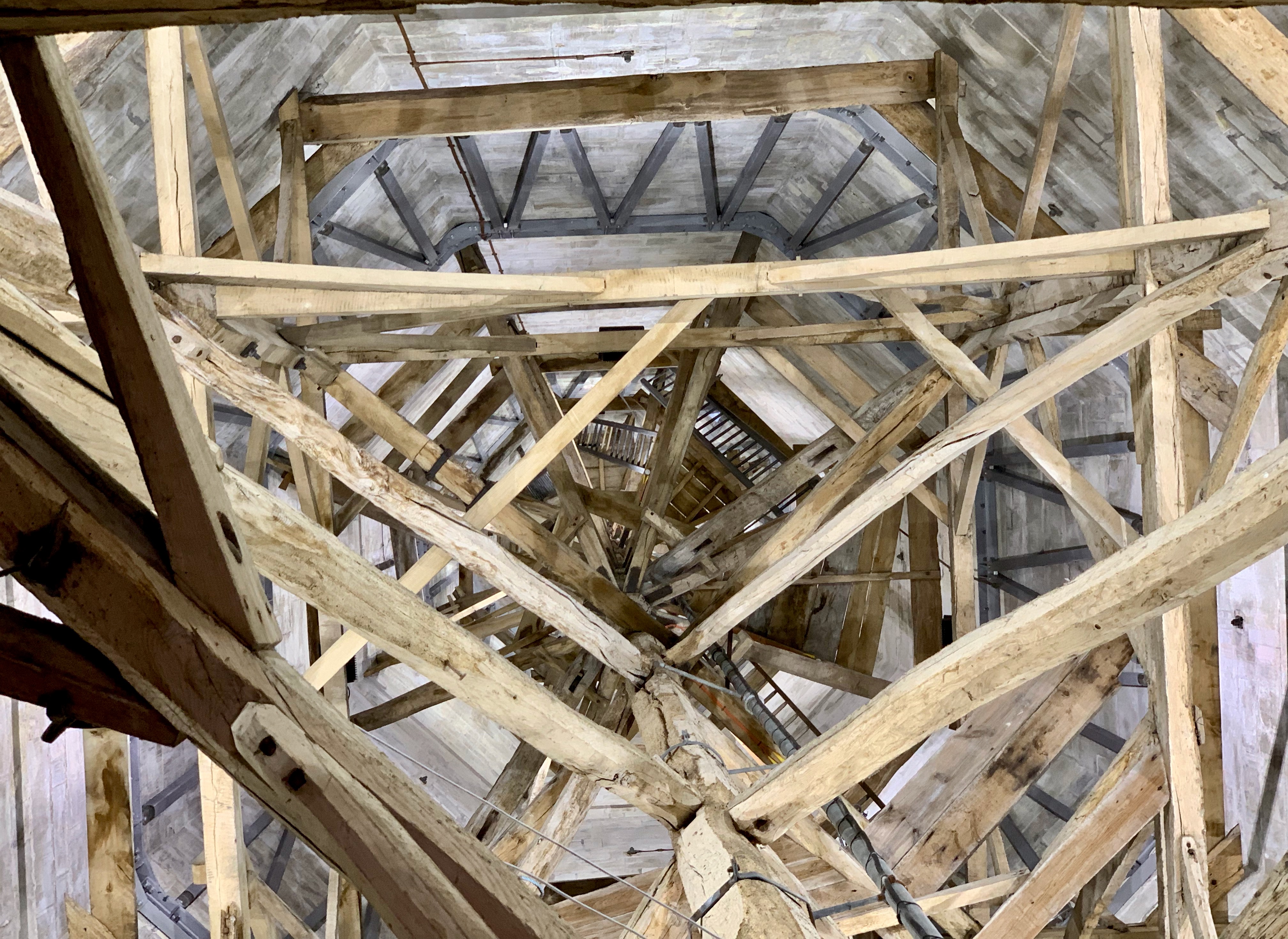 Looking up into the spire from the base.  There are ladders all the way to the top.

From the base of the spire we were able to go out three of the four doors to view the surrounds from small balconies.  The fourth balcony was closed as Peregrine Falcons were nesting on it. 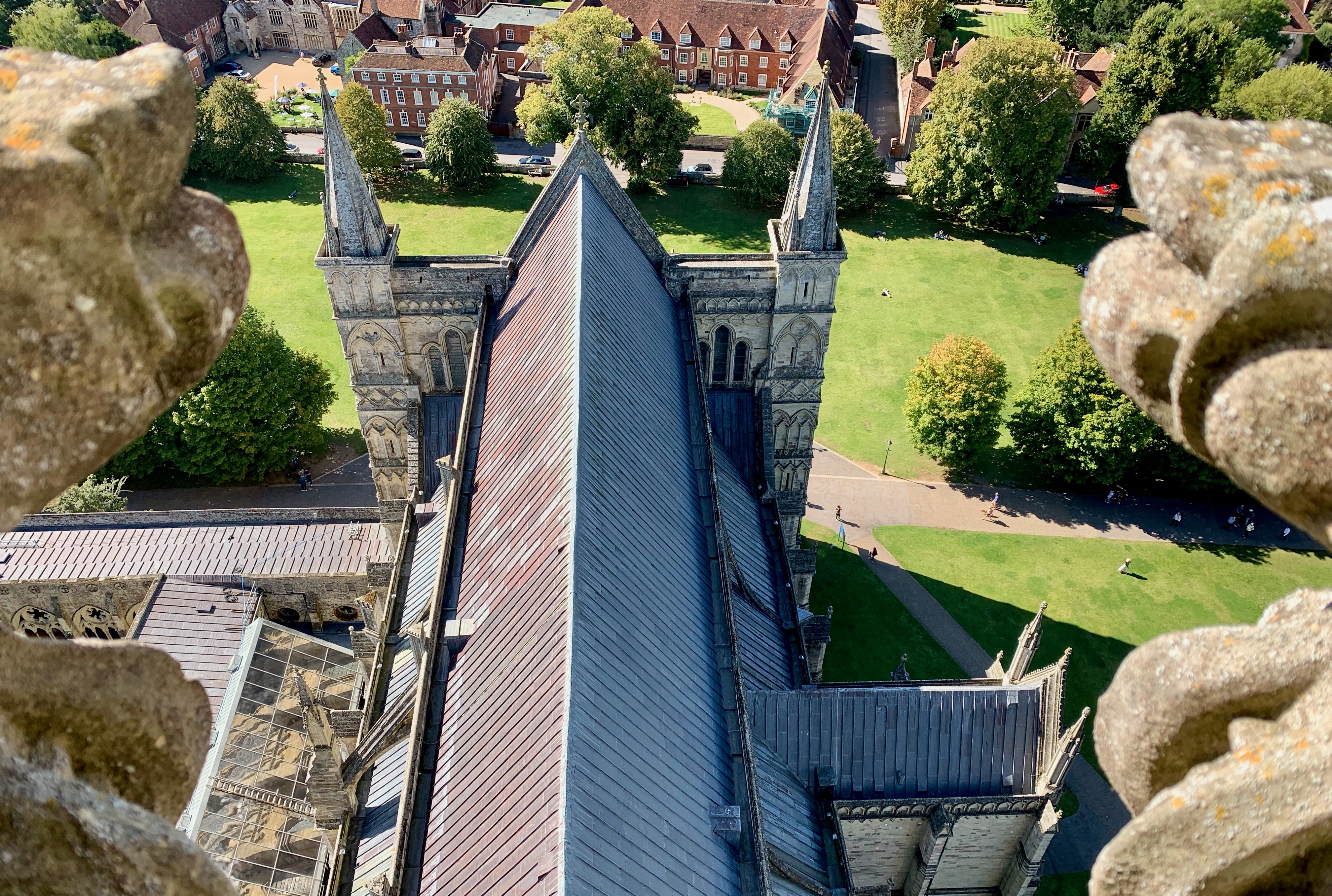 We love this view of the lead roofed cathedrals.

Looking over the Salisbury Plain, Wiltshire.

After touring the cathedral, Sandy took another self guided tour of a home museum, Mompesson House, an 18th century home located in the cathedral close which reflects the classic Queen Anne style of that period.  It was the filming site of Mrs. Jenning’s London townhouse in Sense and Sensibility. 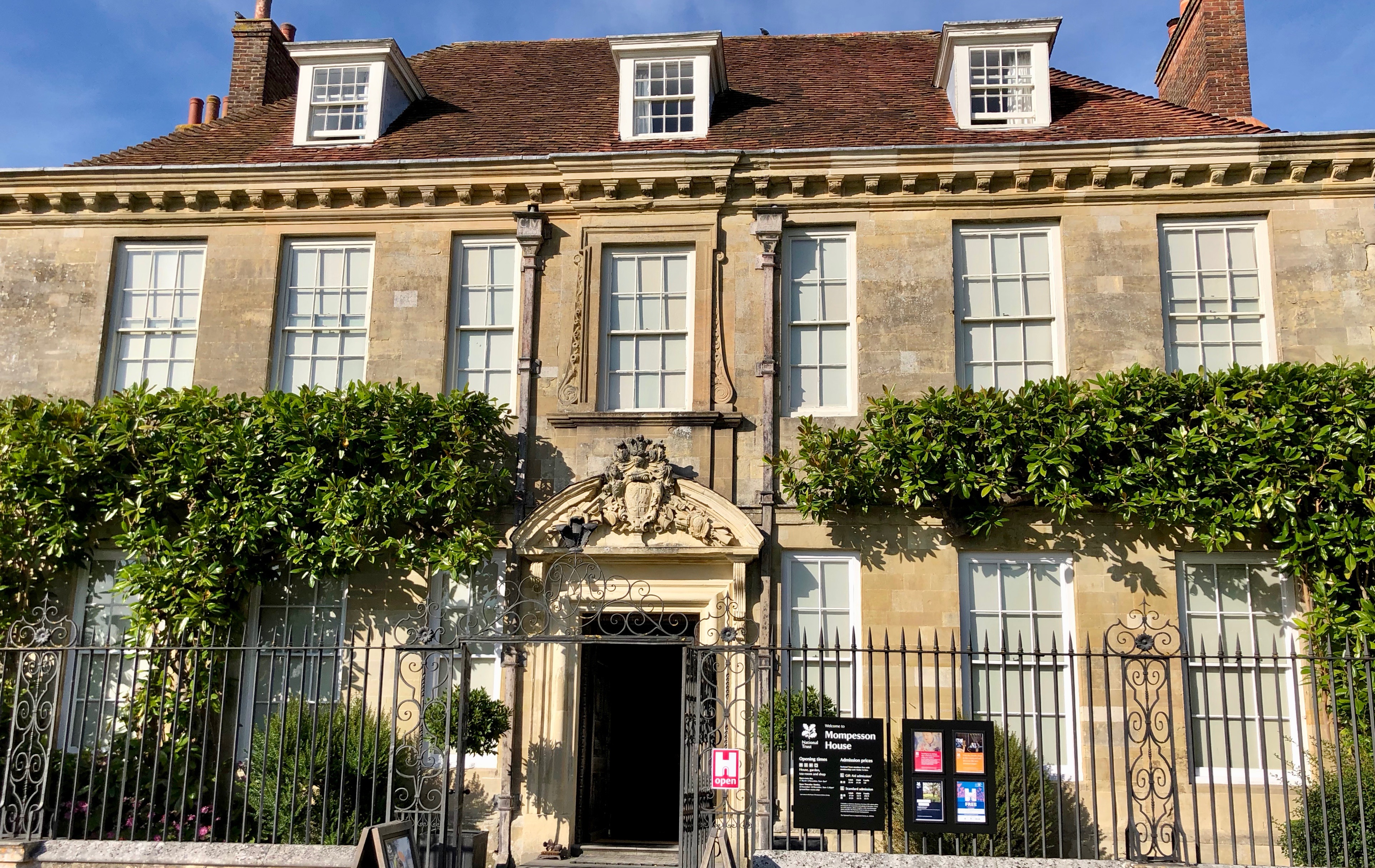 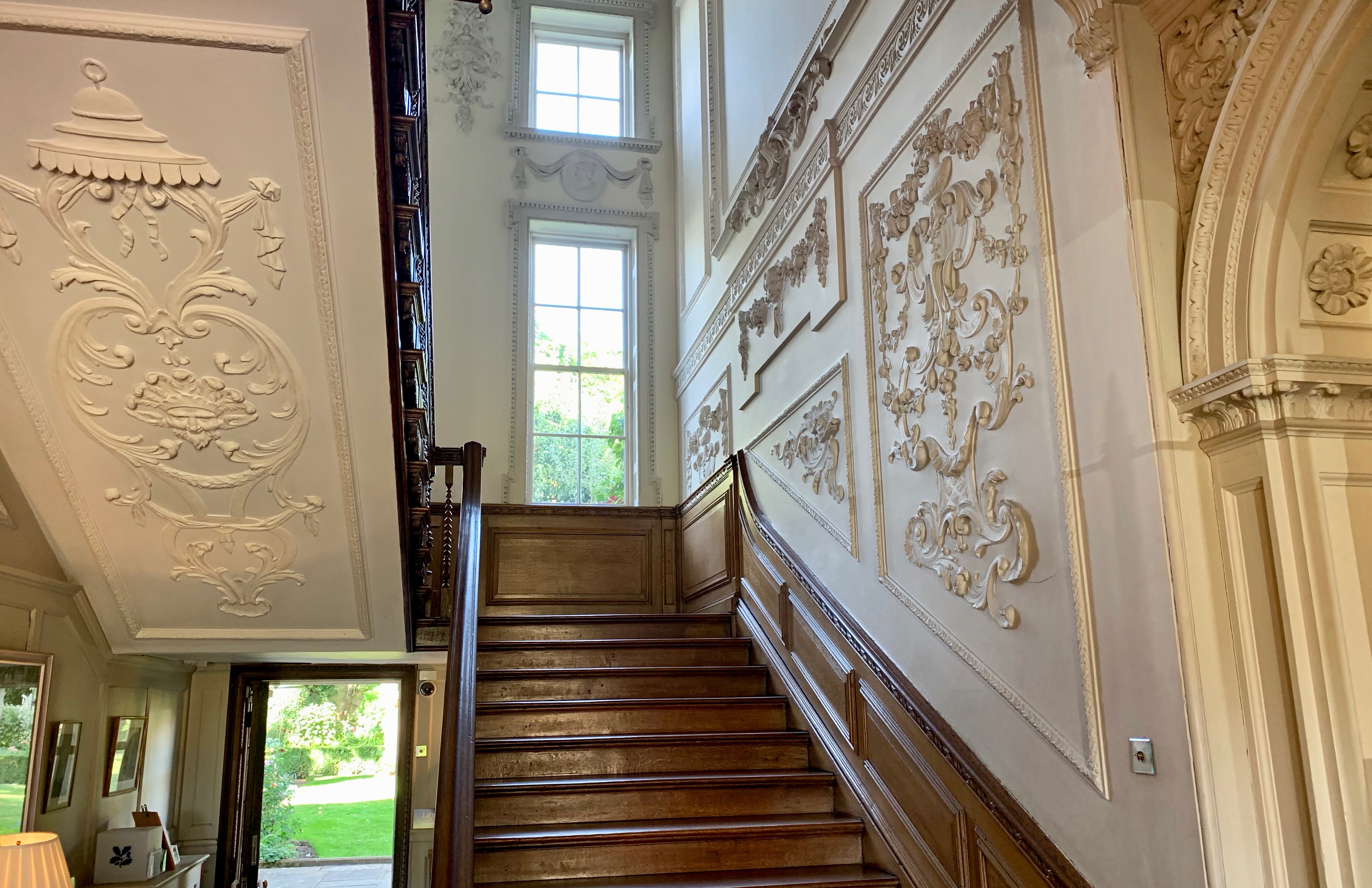 Jim was unable to do this tour as he had received a phone call from our rental agent while we were in the bell tower advising us that we had another water leak in our Boston home, the 3rd leak in 12 months.  Jim was on the phone to our upstairs neighbor, who was in Vermont for the weekend, our tenant who was home and a local contractor who accepted the responsibility of checking out the cause of the leak on Saturday afternoon and repairing the damage over the next two weeks.

Picture from our tenant showing the initial leak.

Picture from the contractor a few hours later showing ceiling removal to trace the source of the leak.

Ivo, the contractor, traced the source of the leak to an upstairs shower mixer valve.  At the time of this posting everything has been repaired and painted and paid for by the upstairs neighbor.  Thanks Rick and Elaine.  Sandy feels that 87 Beacon. Street is crying for us to return home.

We leave Salisbury in the afternoon headed for an overnight stay at The Hollies Hotel in Martock.  We were unable to find an acceptable Airbnb in this part of Dorset so settled on a three bedroom serviced apartment in the middle of nowhere.  As the hotel dining room was full due to a weekend function we drove a few miles for dinner at the Devonshire Arms