Jim rented a nice little Audi from Sixt and we headed out with Dick and Andrew for Northern Africa with a few little detours.  Our first destination was Arcos de la Frontera which is the queen of Andalucías white hill towns.  These towns are perched on white cliffs of the sierras covered with whitewashed buildings.  Towns ending in de la Frontera were the towns that stood on the “frontier” between the Christians and the Moors and were often walled fortress towns. 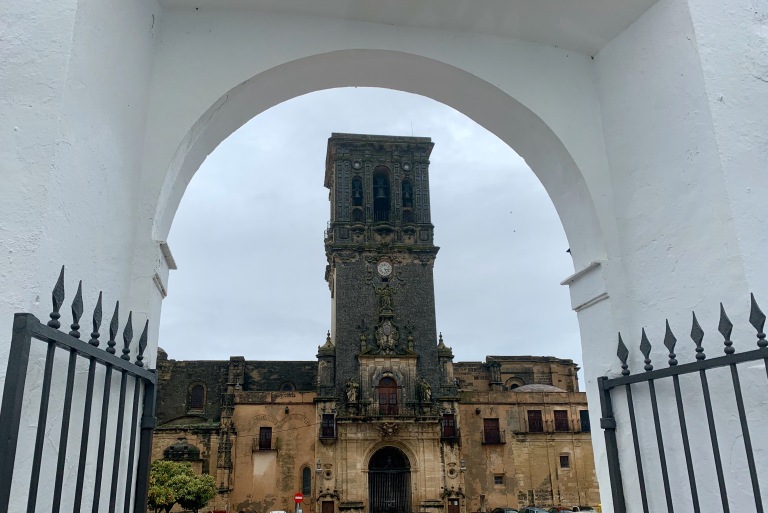 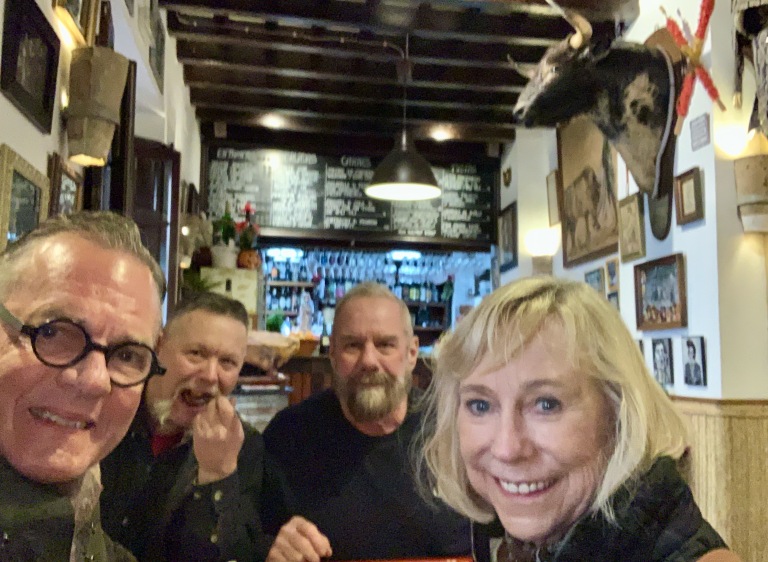 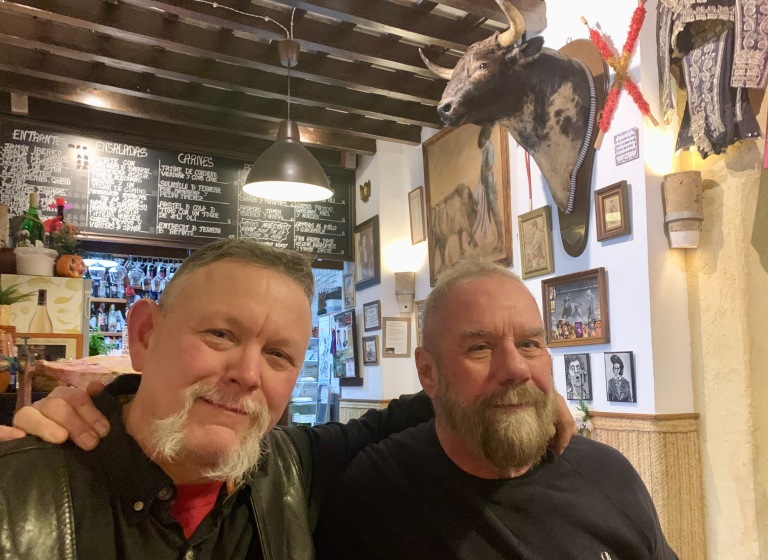 Driving down off of the hill was more difficult than getting up.  At one point the road was so narrow and steep that Andrew scouted it out on foot.  A local señorita told Andrew that she drives it but advised us not to try.  We had to back up and turn around on the narrow street and try another road down.  Jim did manage to scrape the side of our brand new car on a low hidden bollard as he was angling out of a very narrow alley. 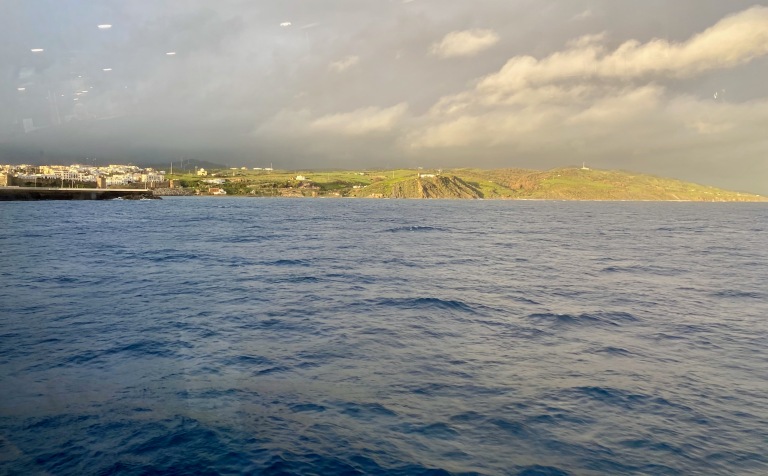 Our Airbnb was near the top of the medina which is the old Arabic part of town. A medina is typically walled, with many narrow and maze-like streets.  We had to walk from the taxi parking lot down narrow, cobblestone, dirty alleys to our front door which is pictured later.  Sandy was not comfortable here.  She felt safe but the dirty narrow alleys just put her off.  We went to a European rather than a typical Moroccan restaurant as everyone (except Jim) was a little uneasy and we were looking for familiarity.  The food was so good at El Morocco Club that we returned here on our second night. 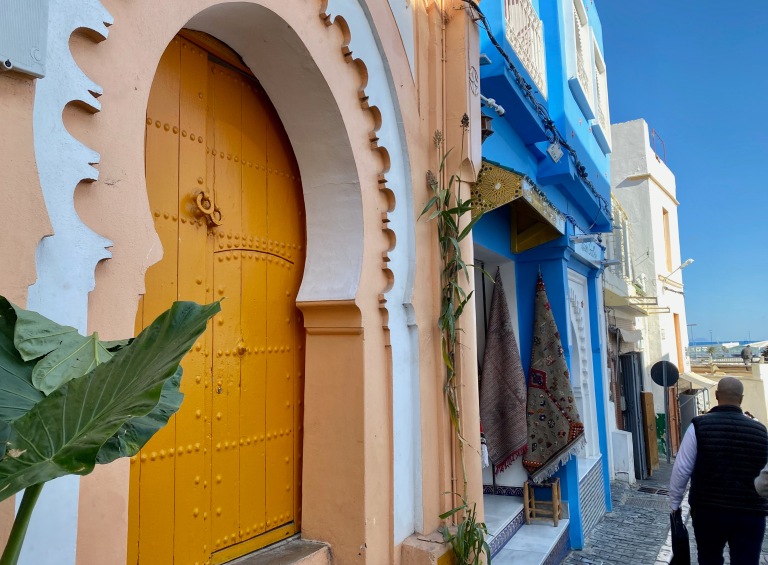 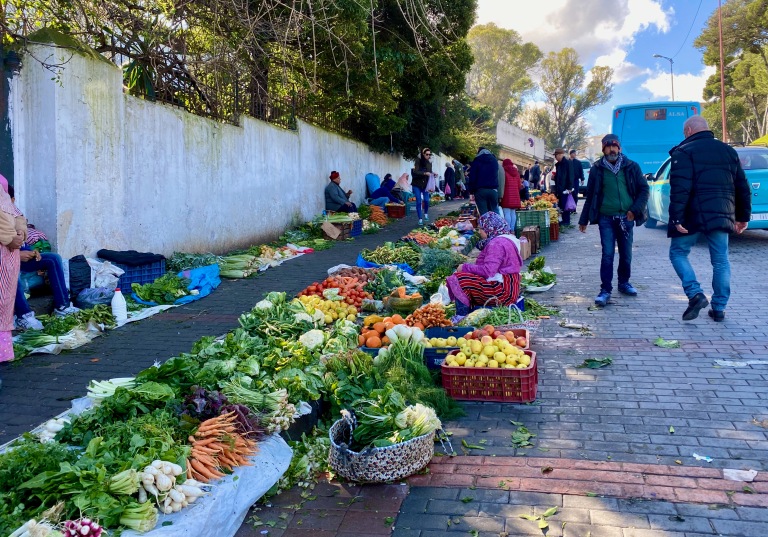 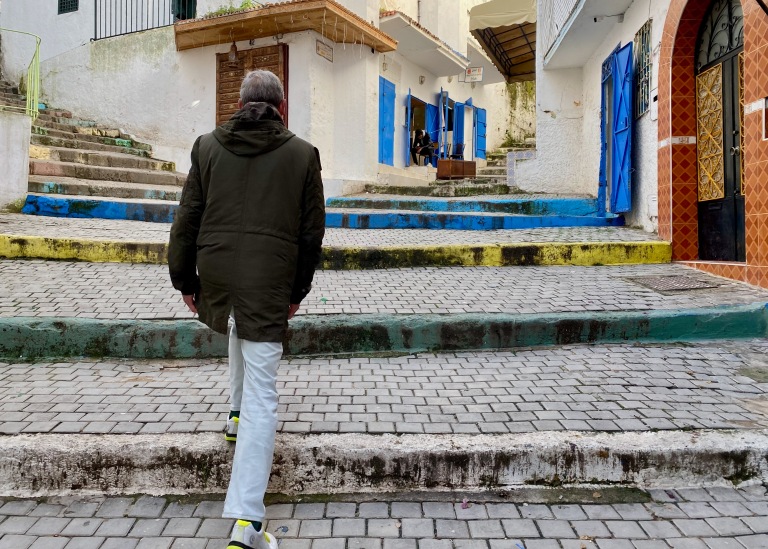 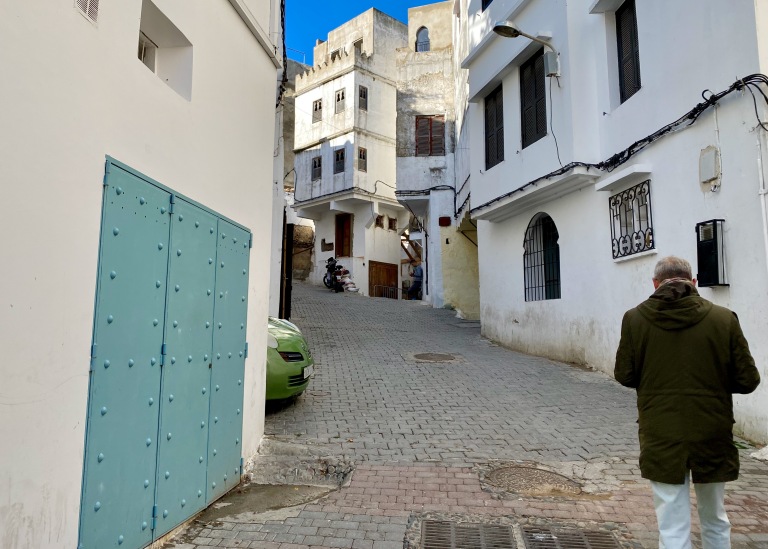 Arriving back in Tarifa we retrieved our car and drove about 25 miles to Gibraltar.

We parked downtown and walked the main street which was somewhat quaint and definitely British.  Our only goal was to climb to the top of the rock while Dick and Andrew wanted to wander the town.  We had a quick beer at The Skull for hydration and headed to the Mediterranean Steps where the slog to the top starts.  All of the research we did indicated two hours to the top. 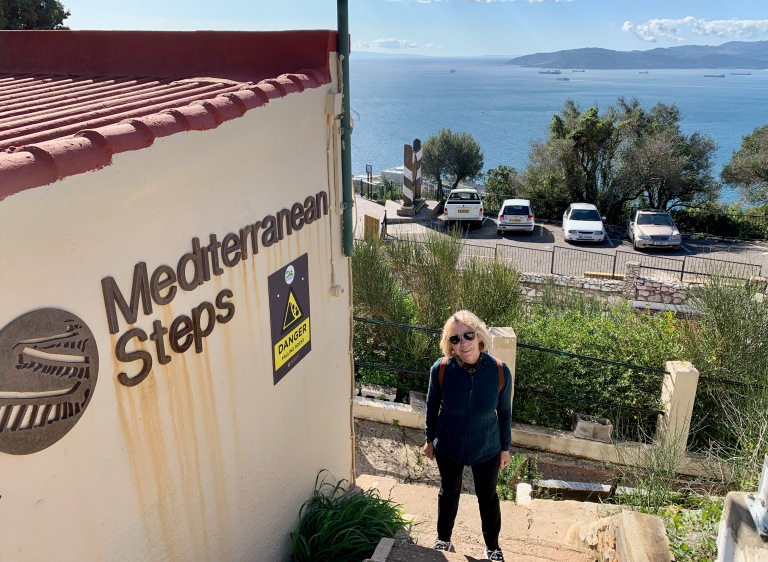 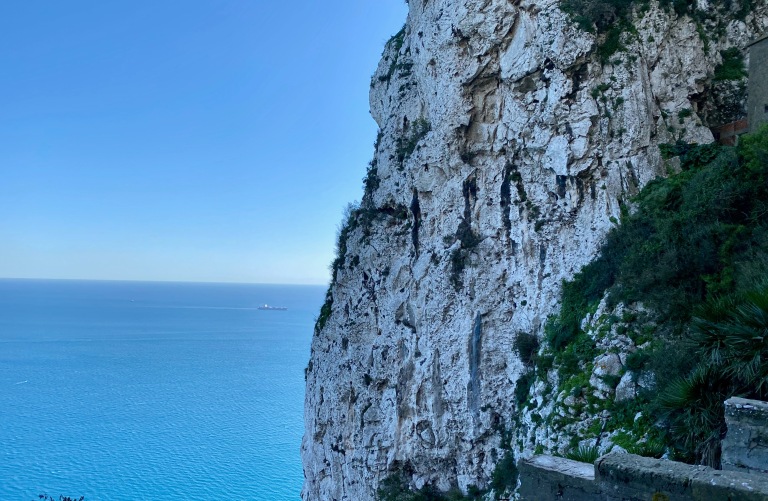 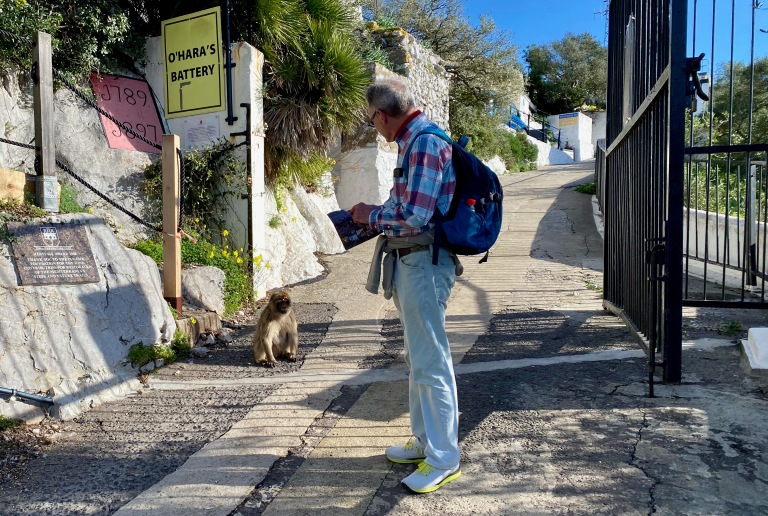 We just loved Gibraltar and would highly recommend it for either a day trip or even staying overnight as it reportedly gets quite quiet with just locals around at night.  Getting out of Gibraltar at rush hour was painful as a lot of Spanish people work in Gibraltar and there is a border crossing to go through both ways.  It took us about 30 minutes to get across the border.

This was a bittersweet day for us as Jim somehow lost his wallet.  Sandy was convinced that it was stolen out of the backpack while we were doing the jump pictures as there were two other people there with us and we were away from the backpack for some time.  A week later we got an email from a guy in Gibraltar who found the wallet and tracked us down, he had to pay £1 to get our email address.  Apparently Jim had just dropped it as all cash and cards were still in it.  We had him keep the £90 and mail the wallet to us.  The wallet has now been returned with €80 and cards still in it.