We are two baby boomers who are 31 years into a second marriage with a blended family of five children and 9 grandchildren.  We have passionately enjoyed our careers in health care, Sandy in Emergency & PACU nursing for 50 years and Jim in Emergency Medicine for 40 years.  We have saved a few lives and have held the hands and cried with the loved ones of the lives that we couldn’t save, but more importantly we have touched the lives of thousands of people by helping them through their stressful medical, traumatic and psychiatric emergencies and surgeries.  We have taught each other how to care for others better every day.  We have taught each other how to be compassionate and non-judgmental both with patients and colleagues.  We have done our best to make sure that our patients feel in control of their own destinies and not forced into situations dictated by the medical world.  We have been driven to treat everyone with dignity and without prejudice irregardless of their economic status, social standing, sexual orientation, ethnic background, educational level, political orientation, religion or the color or cleanliness of their skin.

That being said, neither of us has been defined by our profession and outside of work we have enjoyed sailing, skiing, running, cooking, reading, movies, New York Times Crosswords, entertaining, making new friends and most of all traveling.  We gave up sailing & skiing in the early 90’s and running became a huge part of our life as we turned our goals to running a few marathons.  Our most significant running accomplishments have been Boston, New York and London marathons from 1996-1999.  We have both run a few since then, Sandy running the original course in Athens Greece in 2010 and Jim New York City for the second time on his 60th birthday in 2009.  Jim also ran the Portland Oregon marathon with our daughter Emily in 2006. As we moved our life into the running phase, we accumulated a lot of new friends and also started traveling with friends.  We have found that if you pick your travel companions carefully, group travel can be even more enjoyable than our trips alone.

Jim began traveling as an infant as he was born in Ethiopia and had been around the world 2 ½ times by the time he was 10.  Sandy’s first trip out of North America was in 1990 when she flew alone to London and met Jim there for a London/Paris vacation.  Since that time we have been on numerous trips to Europe, Australia/New Zealand and two trips to Africa.  Our dream has always been to have extended stays of weeks to months in our favorite places in order to assimilate the culture and live like the natives.

Sometime in early 2016 we realized that our condominium on the Public Garden in Boston offered us the potential income to fulfill our dream of extensive travel and extended stays anywhere in the world.  We spent the next year organizing, de-cluttering and de-personalizing our home in order to put it on the furnished rental market.

Our first rental began in late March of 2017 and we did a month long road trip in our beloved MINI Cooper.  We then moved to Paris for four months, San Francisco for two months and finished 2017 in New York City for six weeks.

In 2010 on a trip to Santorini, Athens & Istanbul we started recording our travels as memories for ourselves but we also sent them out in emails with pictures to a few friends and family.  Since that time our email list has grown to about 130 different people and those people have forwarded it to numerous others.  We have had requests from friends and family for an interactive blog or even a book.

Our goal with this blog is to not only share the joys of our travels and retirement with friends and family, without cluttering up their inboxes, but to share our insights about easy, stress free and fun travel with whoever else wants to follow us.  We would also like to set an example for all of the potential baby boomer retiree’s out there who are wondering what they are going to do in retirement or how they will be able to afford to follow their dreams. 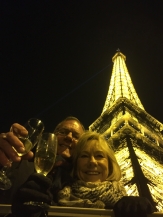 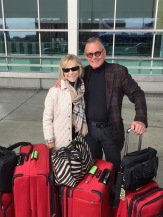 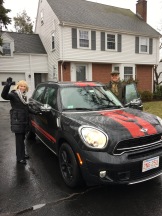