We start our day at Kew Gardens, one of our favorite places to visit.  It is a beautiful sunny day with puffy white clouds in the sky.  We heard there is a magnificent Chihuly glass exhibit entitled Reflection on Nature that is not to be missed.  We were not disappointed as you can tell from the pictures below.

Yummy Lunch at the Botanical Restaurant 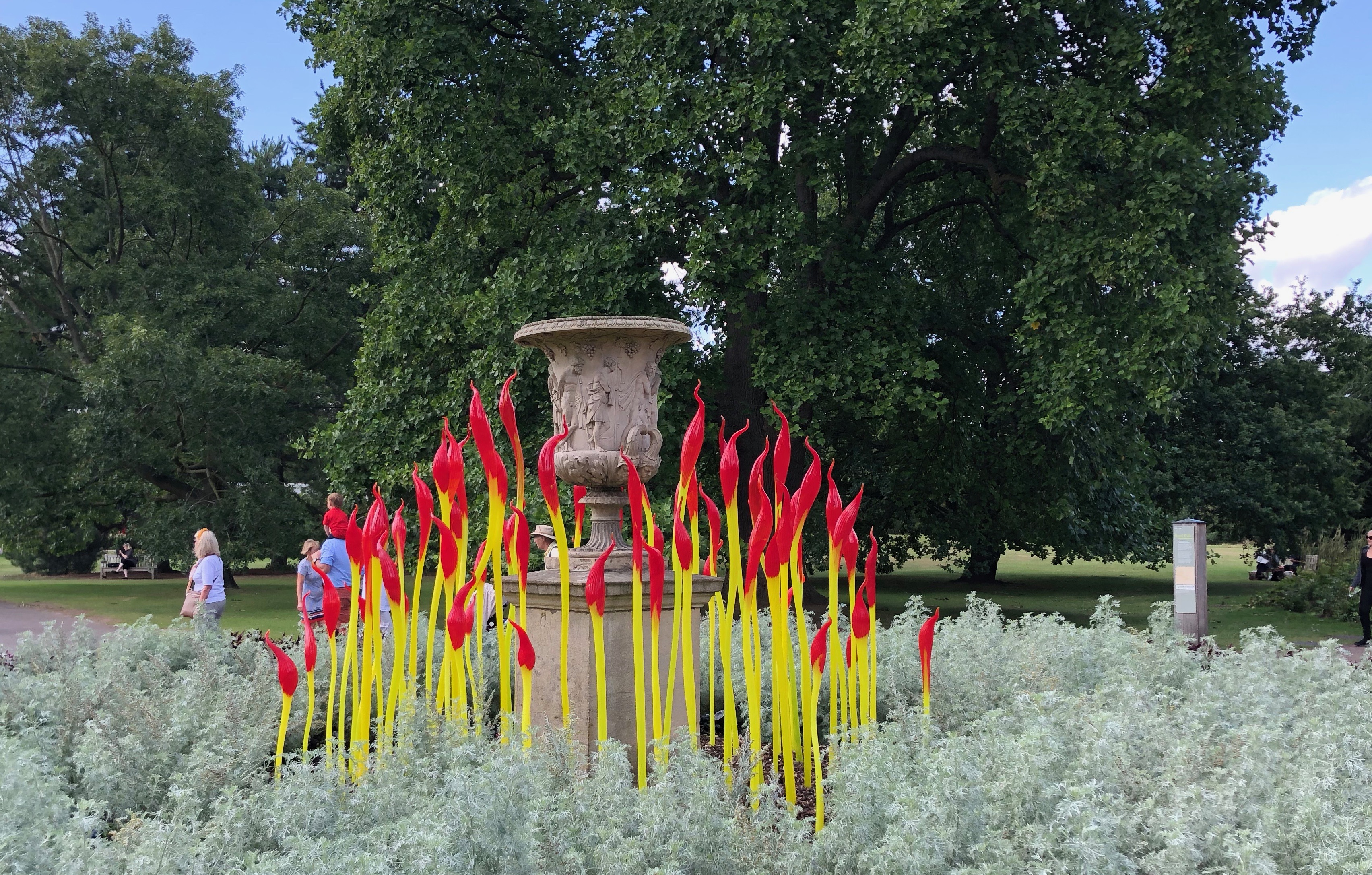 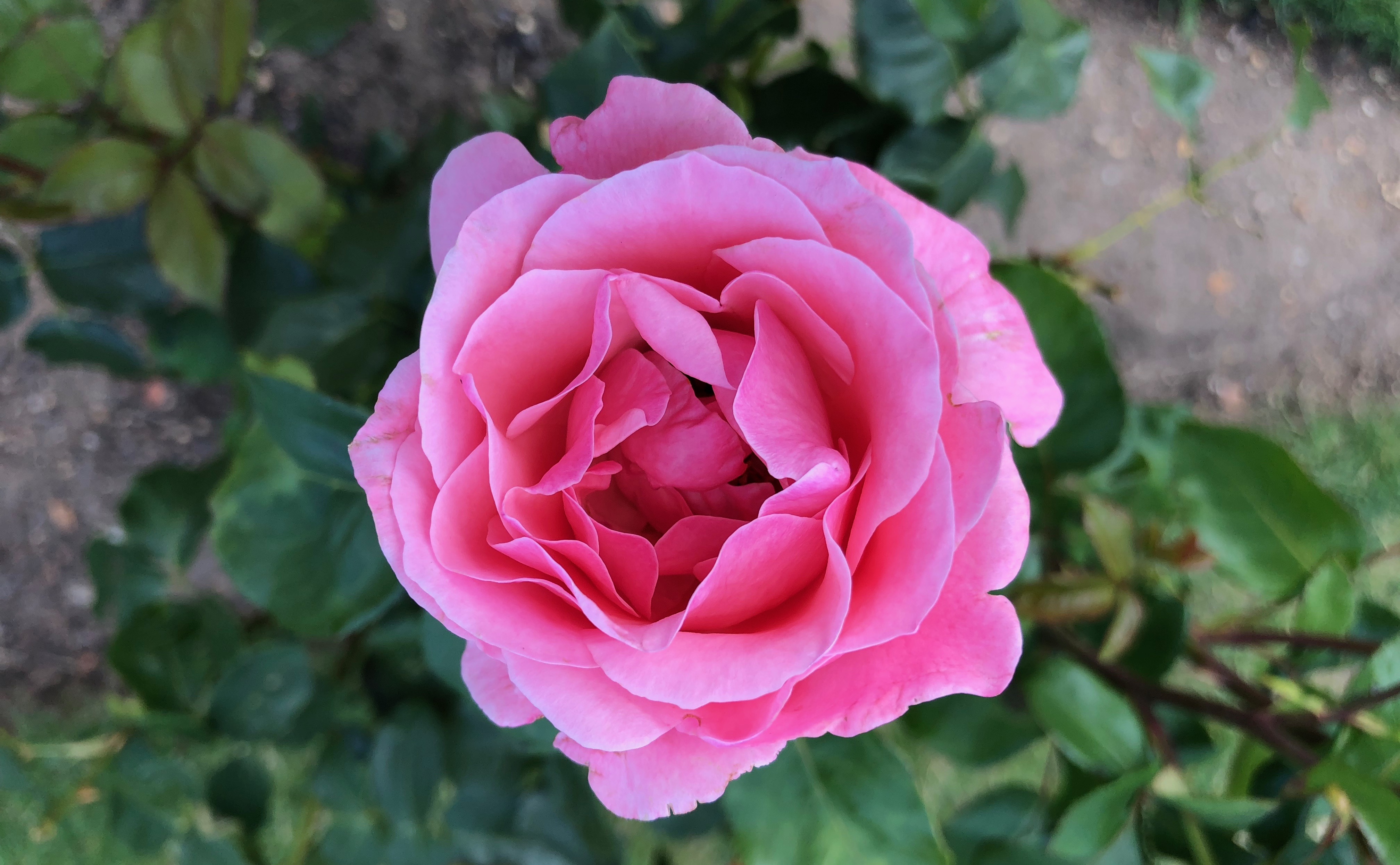 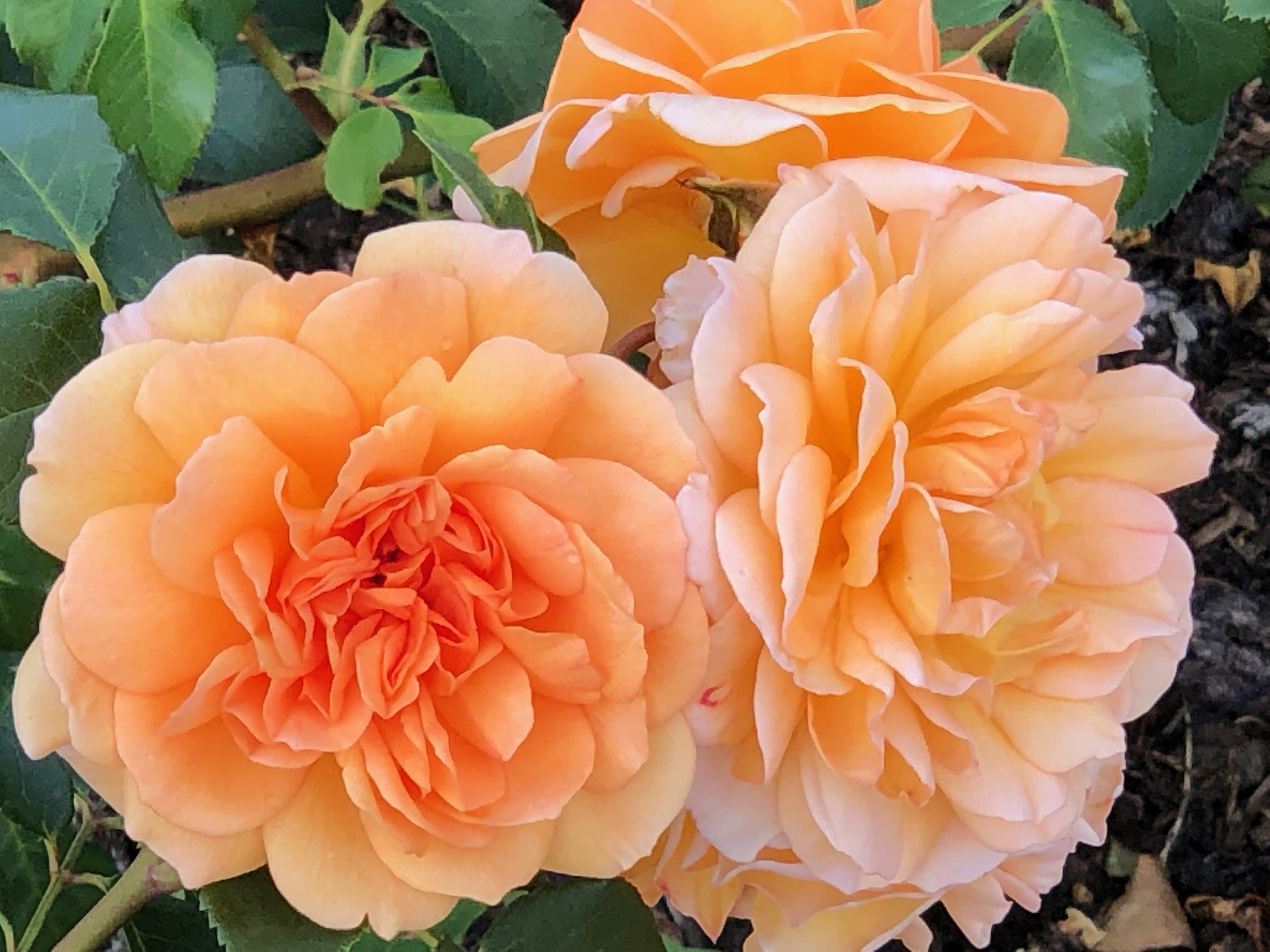 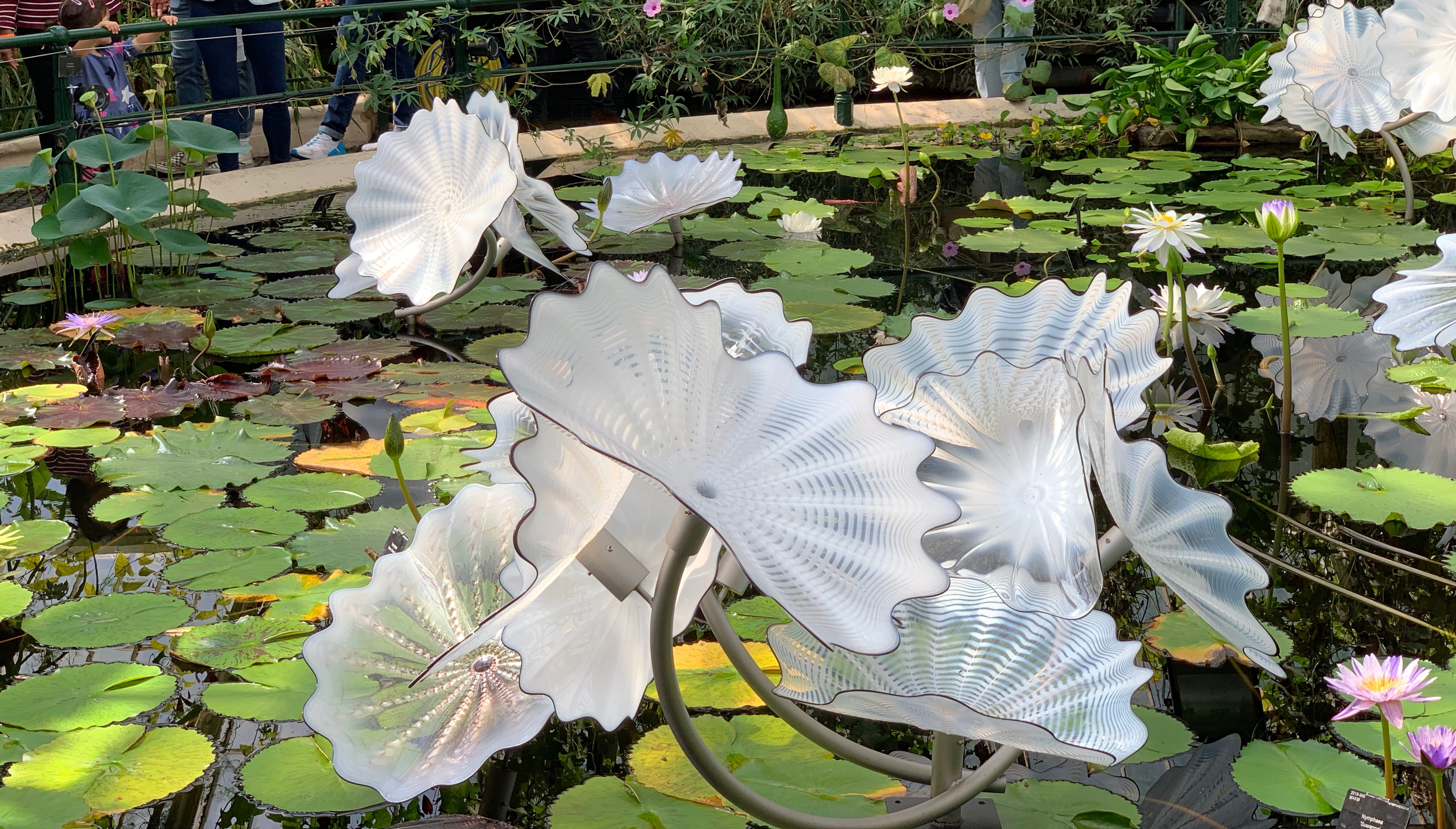 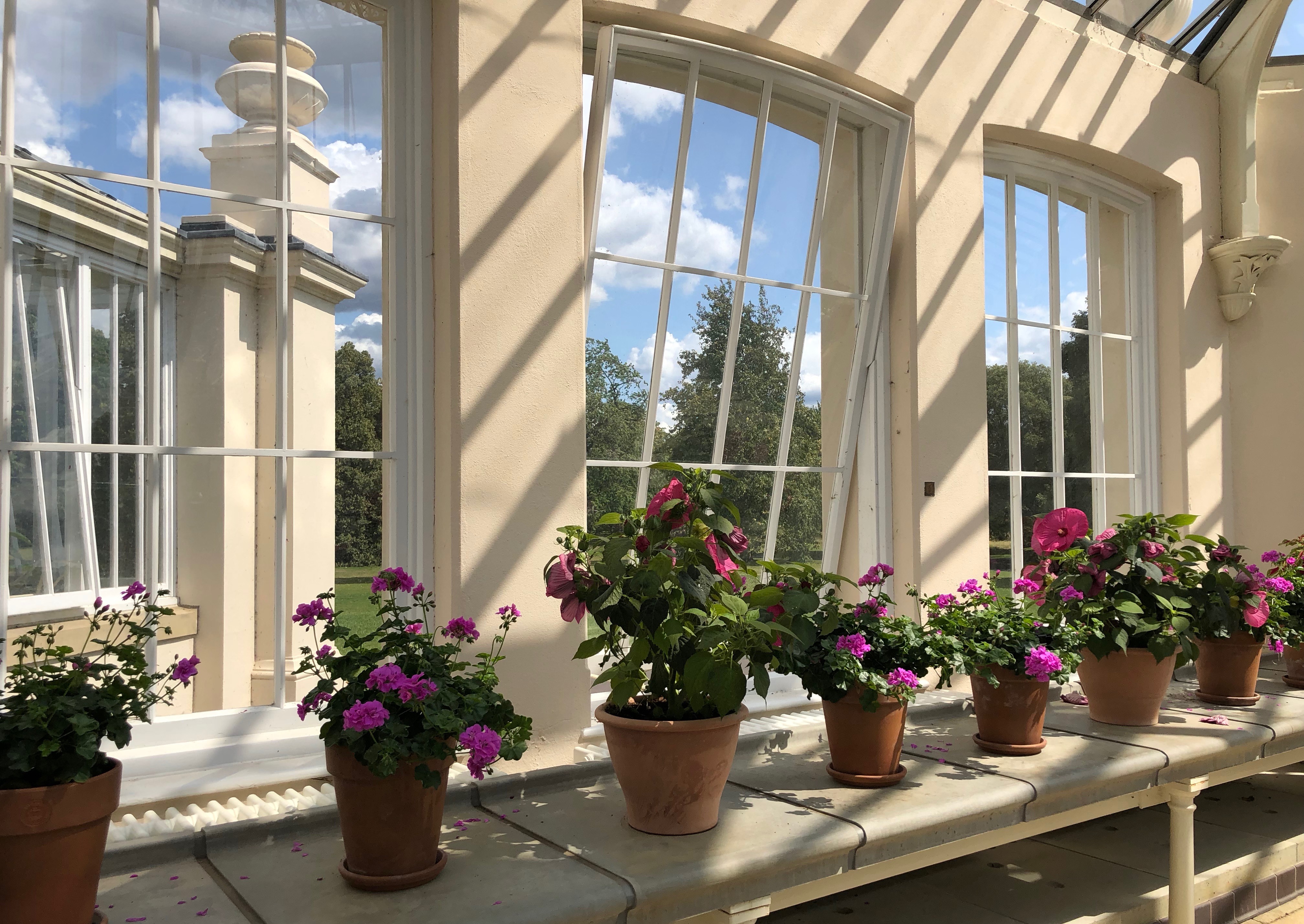 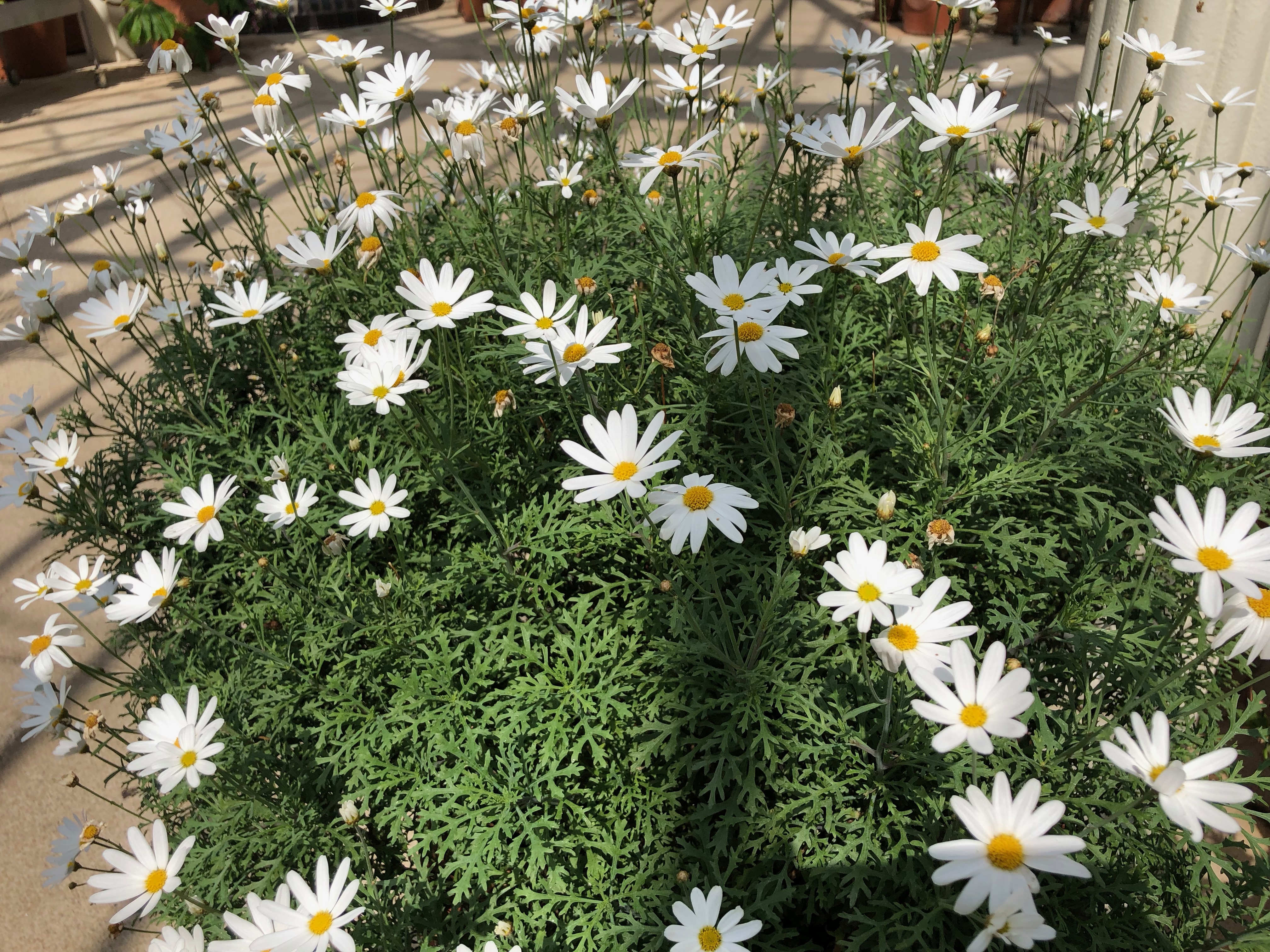 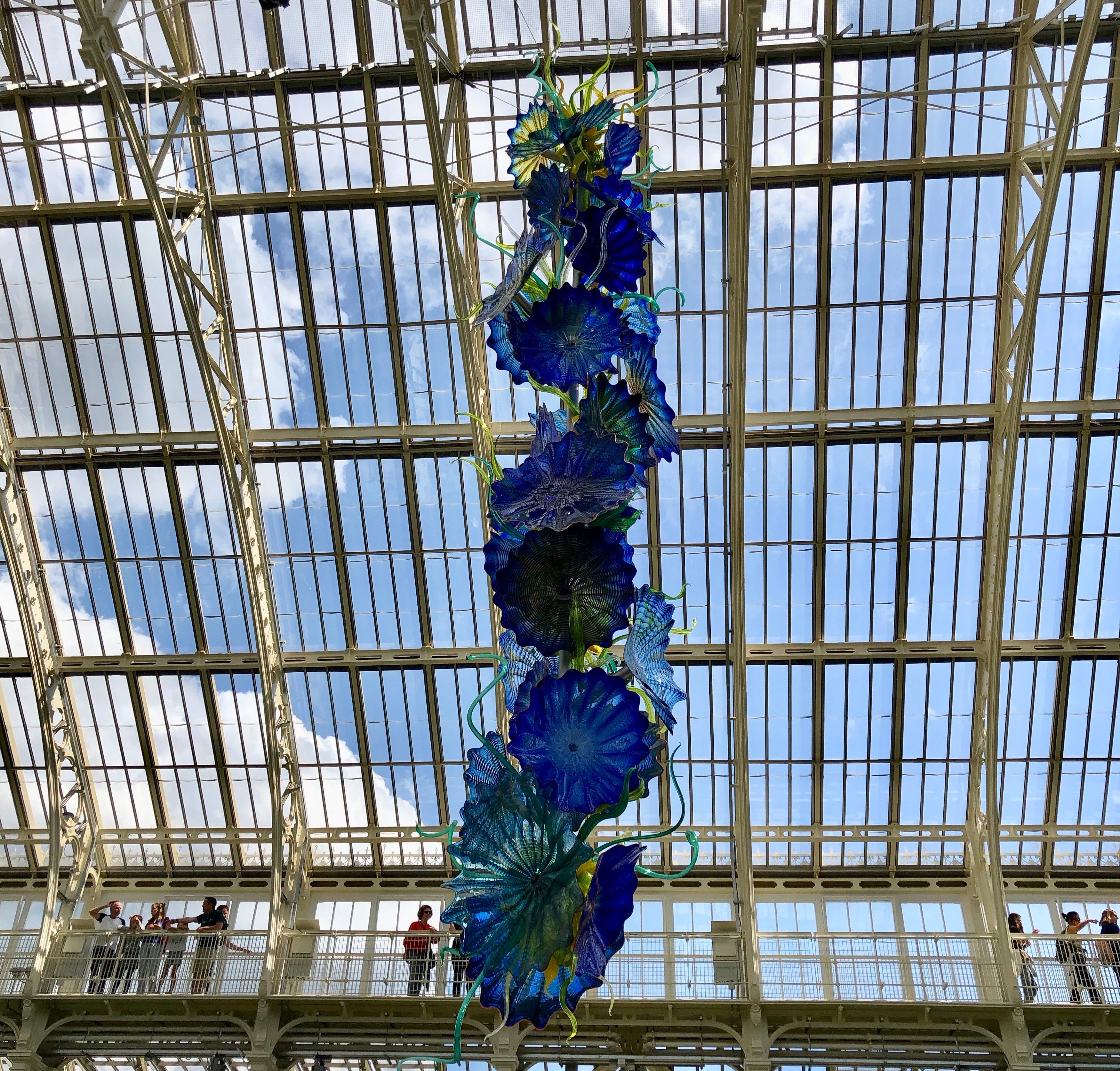 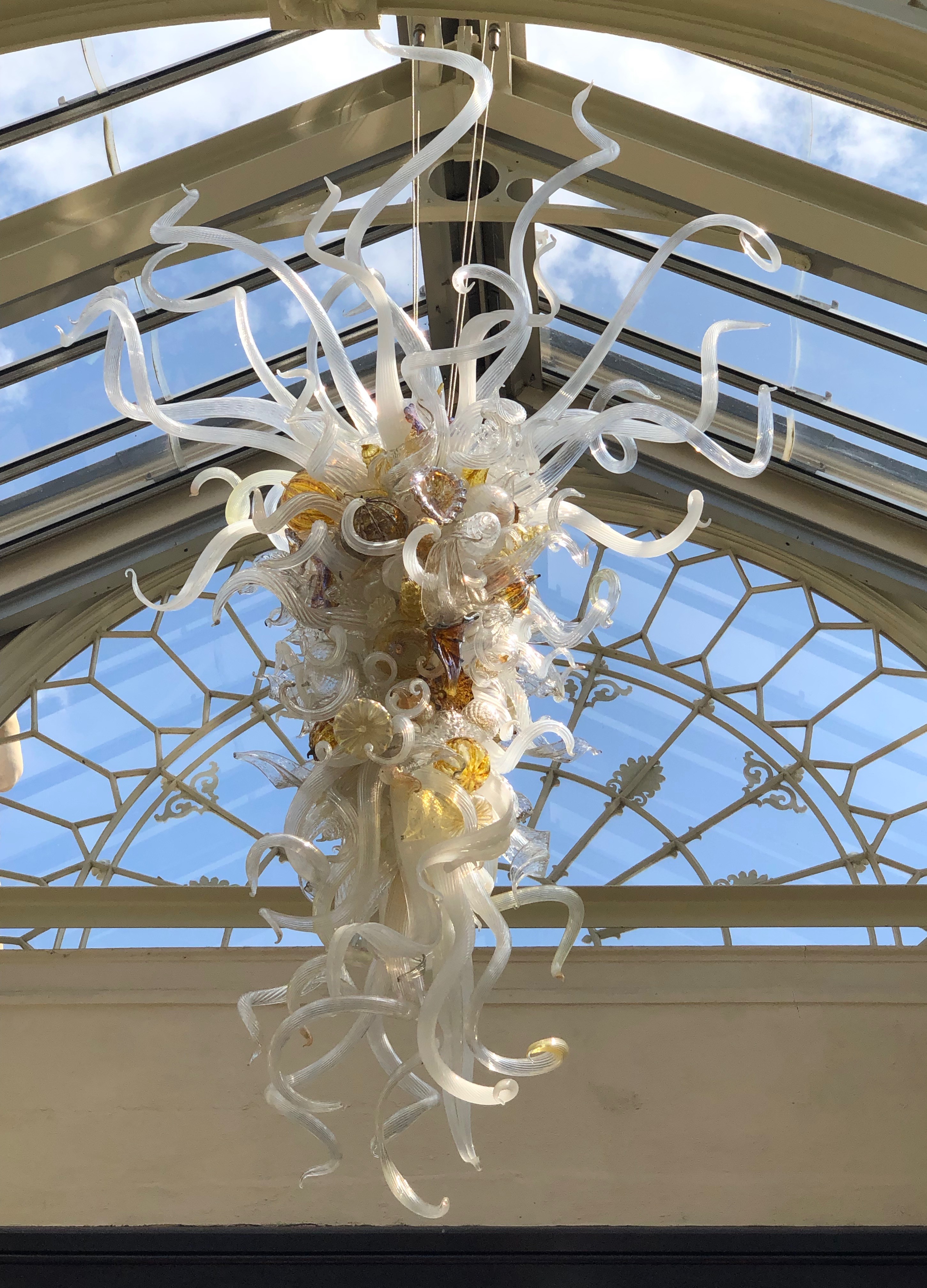 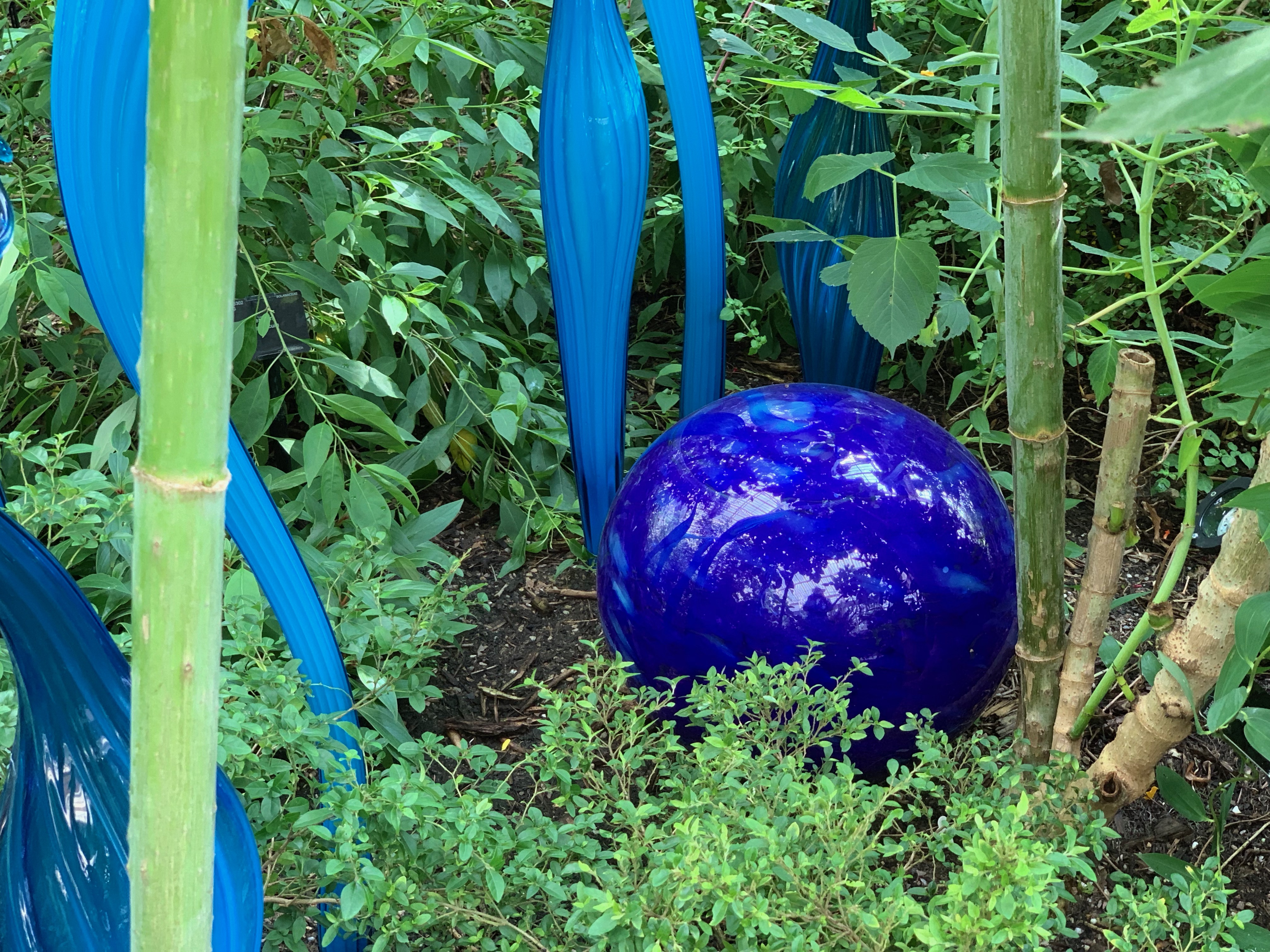 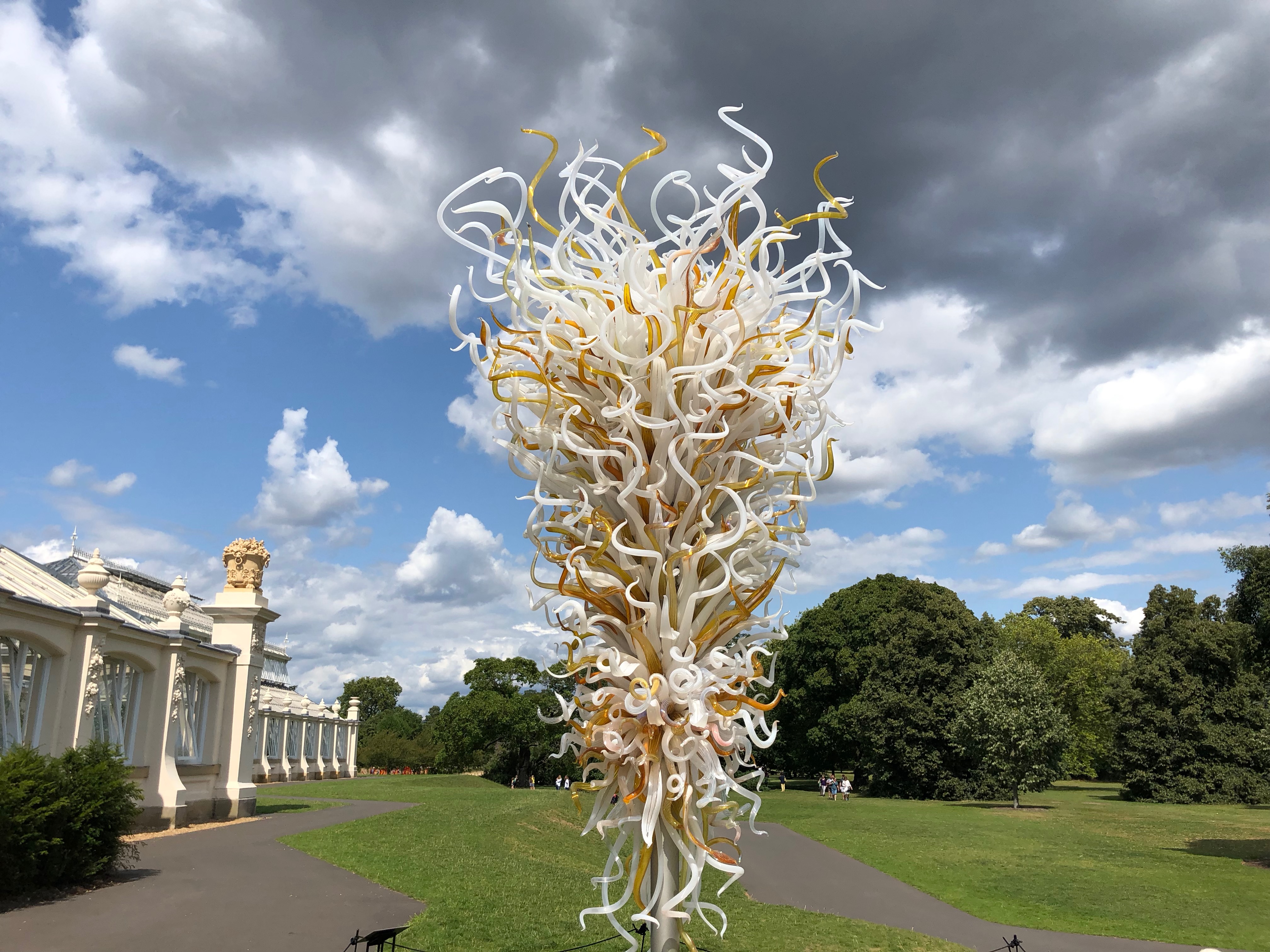 From Kew we took a few buses to Hampton Court in East Molesey.  We visited here last year touring the many gardens on the grounds.  Todays focus was to visit Henry VIII’s State Apartments as well as the adjoining building which was home to William III and Mary II.

As we entered the Great Hall we enjoyed a face to face with Henry VIII himself who entertained us with a comical chronologic overview of his six marriages.

#1 Catherine of Aragon: DIVORCED, after 24 years for not being able to produce him a son.  One child – Mary.

#2 Anne Boleyn: BEHEADED for plotting to kill him and accusations of infidelity.  One child – Elizabeth who eventually became Queen of England.  Queen Elizabeth I

#4 Ann of Cleaves: DIVORCED after a few weeks of marriage for being ugly.

#5 Kathryn Howard: BEHEADED as a teen bride for being unfaithful to Henry who was at the time 49, overweight and unable to walk.

#6 Catherine Parr: SURVIVED, she was a kind wife that looked after Henry in his sickness and was a good stepmother to his children.  She outlived him.

There you have it; two divorces, two executions, one death and one lone survivor.  Quite the king he was. 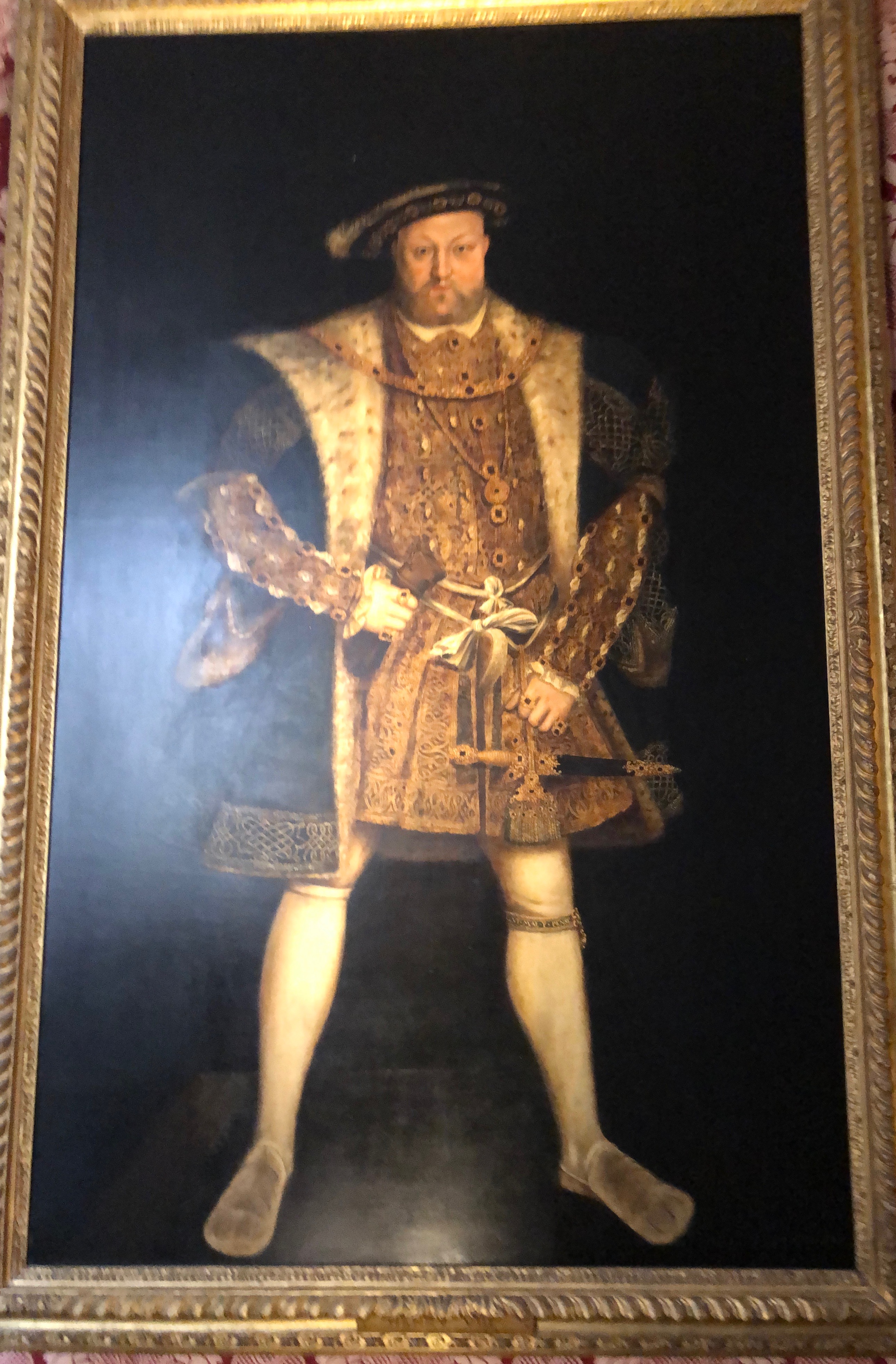 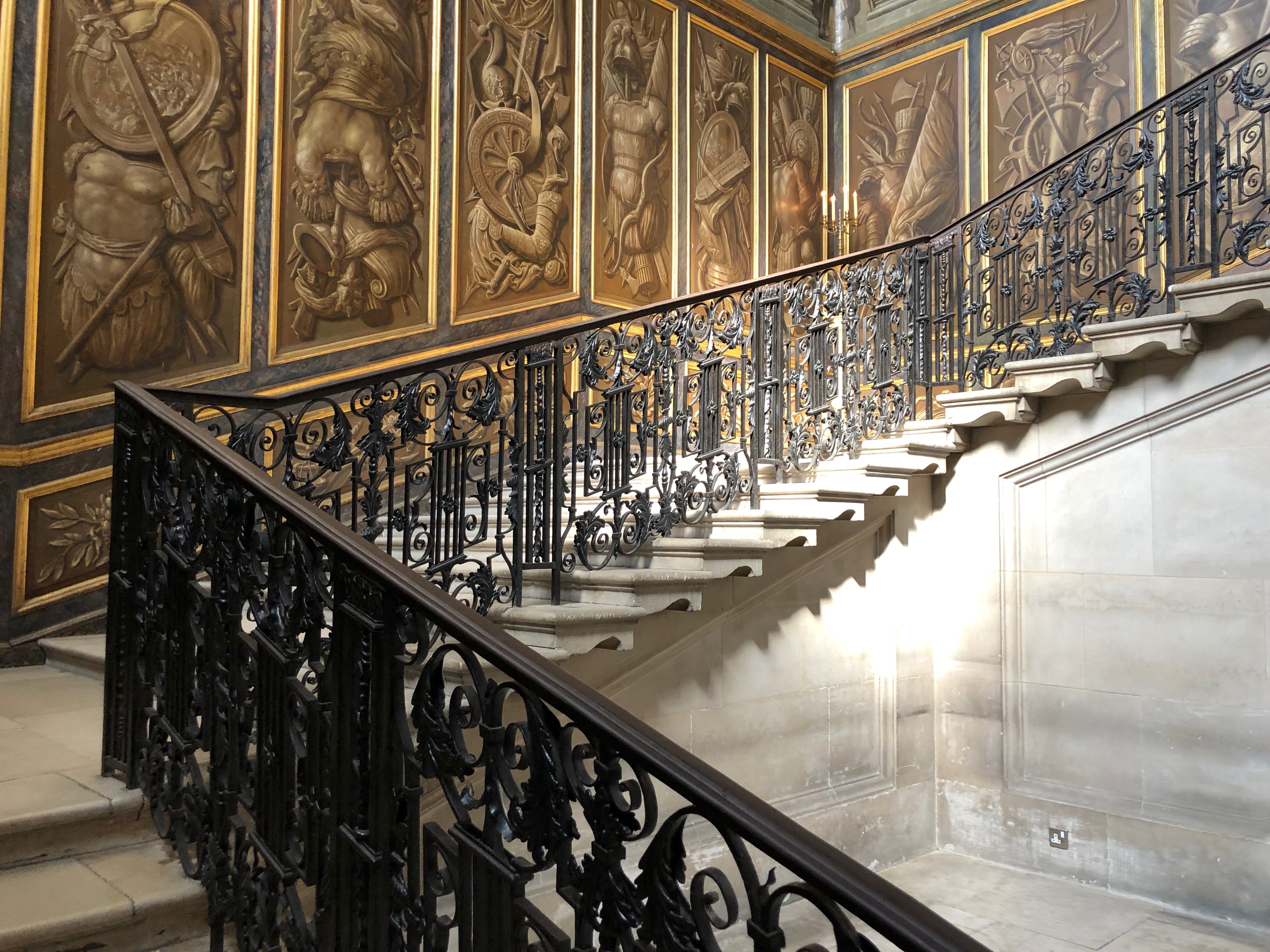 The King’s Staircase to William’s Apartments.

Ceiling over the staircase.

The Guard Chamber with a remarkable collection of weapons displayed on the walls. 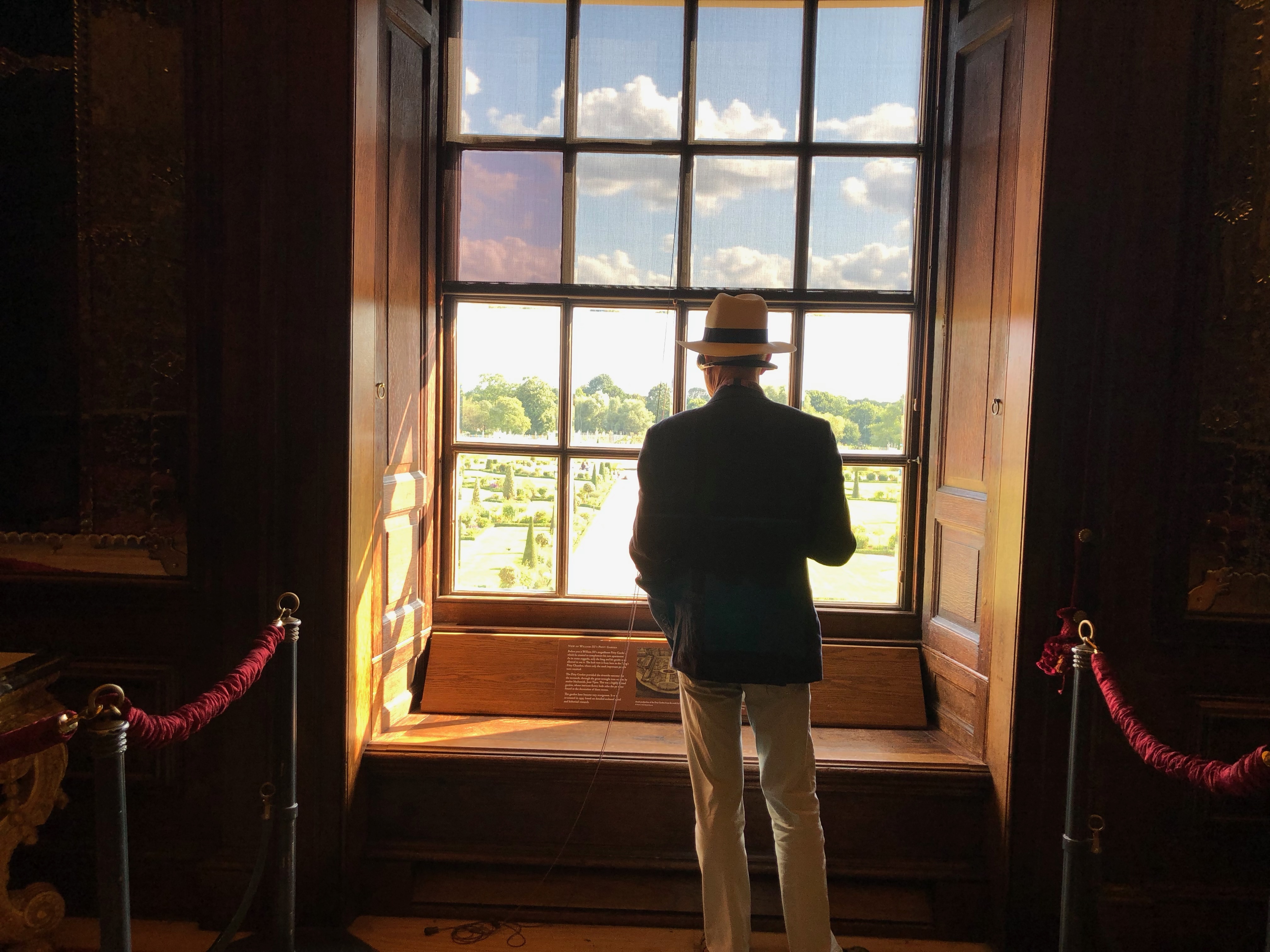 William’s comfortable throne for meeting with his petitioners.

The Orangery where outdoor plants are stored during the winter. 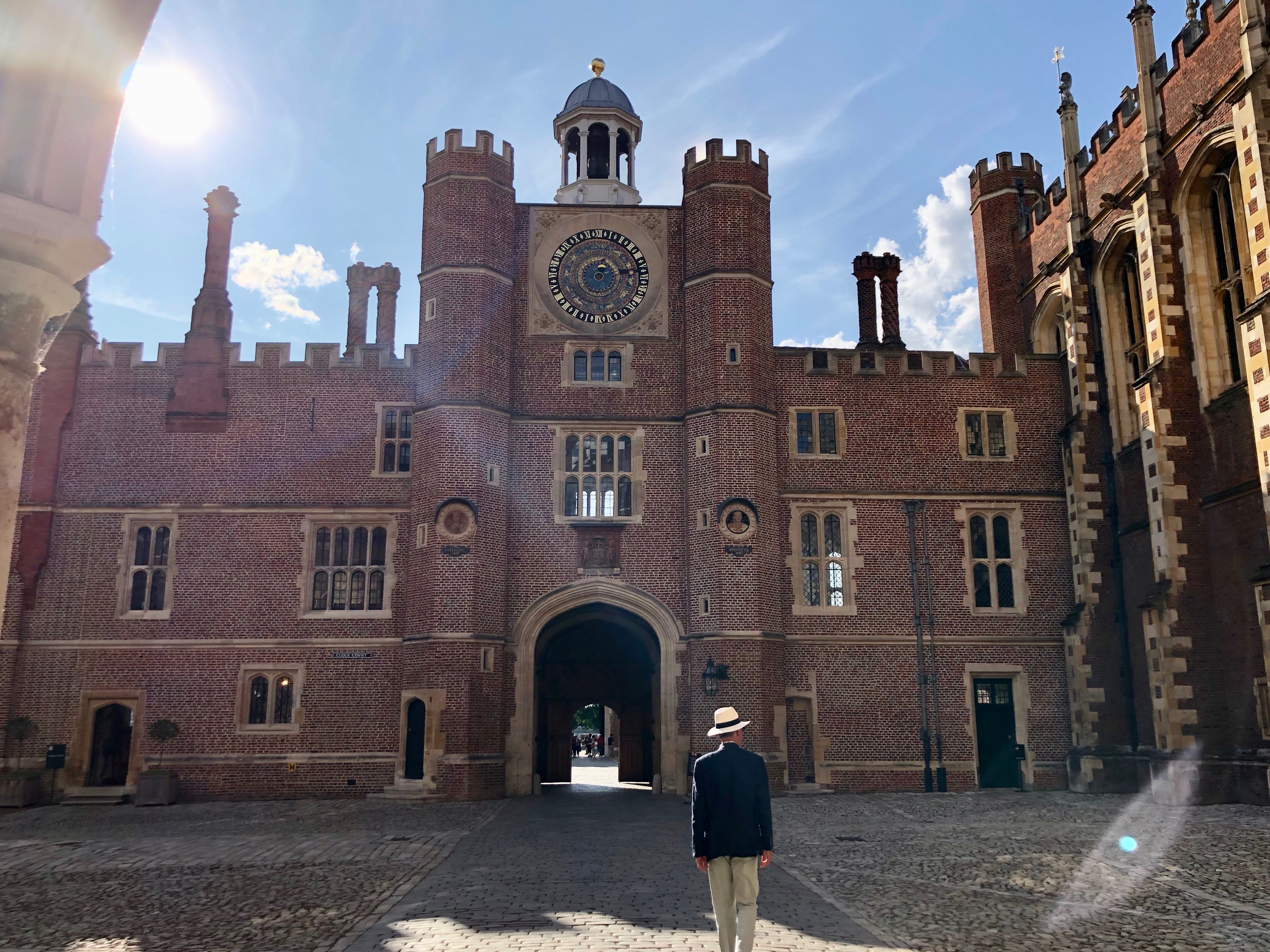 The best part of the day, sitting down to a half pint of ale and Guiness with a few snacks at The Mute Swan where we had lunch last year.