Wednesday June 26 2019  we are off to London with no return flight booked.  We have rented a flat in The Royal Borough of Kensington and Chelsea until August 26 but have no firm plans after that.  Our daughter Jennifer is leaving Boston tonight with her husband Rob and son Jackson to spend a week with us.

After taking the overnight flight from Boston to London, Jennifer and family did quite well as they were able to take a walk around our neighborhood with us, do some grocery shopping and have a nice Pub lunch at The Bolton just around the corner from our new home.  Jennifer and Rob napped in the afternoon but Jack stayed up with us and accompanied us to a Pub in Wandsworth where Lea Keating met us to watch Women’s World Cup Soccer, England vs. Norway.  We first met Lea and her dad, John, just one year ago while zip lining with Jack in London.  We then met up with them again in a Pub to watch Men’s World Cup Soccer, so we thought it appropriate to watch another World’s Cup match together in a Pub in London.  We did miss John though.  While we were watching soccer Jenn & Rob hit a few local Pubs and had dinner at The Troubadour which is also very close to us.  The Troubadour, established in 1954, is one of London’s best live music venues and has seen Bob Dylan, Jimi Hendrix, Paul Simon, Led Zeppelin, Sammy Davis Jr. and Adele all perform on its stage.  We have not been there yet but it is certainly on our agenda. 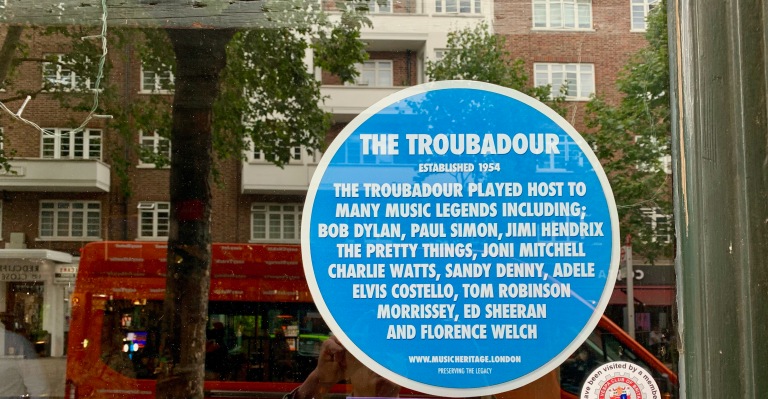 Day 2 for Jenn & family we were all up early for a drive to Stonehenge for a noon tour time.  Rob’s mom, Kiki McMahan from Newport RI is accompanying Jenn & family on this London trip as her brother Bill Slee and wife Heidi live quite close to us in Chelsea and we will be taking a two day trip to Amsterdam where Kiki’s family was from and where she was born.  Kiki has arranged a driver and van to transport us in comfort to Stonehenge and beyond.  Our impressions of Stonehenge were: Jack, “It’s bigger than I expected” Grampy Jim, “It’s smaller than I expected”.  Either way it was grand, wonderful and incomprehensible.

We had a great day for travel as traffic was light and we arrived at Stonehenge almost an hour early.  Since we had some extra time on our hands before our expected evening  arrival we urged our driver to take us to Salisbury which is a small medieval Cathedral city.  We were able to catch the end of the city square market buying some olives, cheese and bread for dinner.  Some of us went to see the cathedral and others elected to have a pint at The Haunch of Venison.

So our final destination of the day was Kiki’s brother’s weekend retreat about a two hour drive southwest of London within walking distance of The Solent which is the strait that separates the Isle of Wight from the mainland of England.  Bill and Heidi have a beautiful estate here where they spend time with their sons and their families. 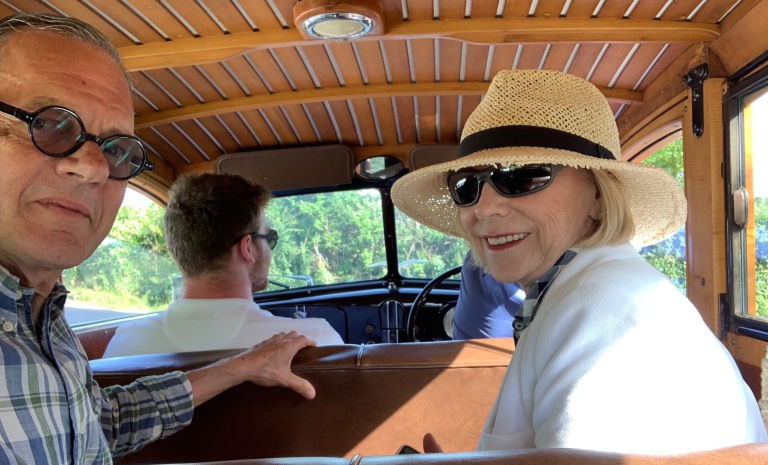 We had a great homemade pasta and crab dish for dinner after son Max arrived with his wife Claire and son Arlo.

After a leisurely day exploring this quaint, rural coastal area Max produced a very tasty mixed grill for dinner followed by a pool tournament on the largest billiards table any of us had played on.

So, one of the main reasons that we are back in London again this summer is that last summer we heard about a Yankees vs. Red Sox series of games in London.  Jim looked into it and learned that it was in 2019.  He applied for early ticket access through American Express and on December 3 at exactly 10am he was on his phone.  He was in queue for about 20 minutes before getting through and purchasing 8 tickets (the maximum allowed) in the best available location.  Since we now had very expensive tickets to a historic event in London we decided to return and stay for the summer of 2019.  Finding people to share the tickets with was not a problem, son-in-law Rob McMahan is an avid sports enthusiast and Jennifer and Jackson agreed to come also.  Dick Maniace and Walter LaLiberte also jumped at the chance to attend.

The whole event was very professionally run with the insertion of many traditions from both Fenway Park and Yankee stadium.  It was a really fun day even though the Red Sox lost both games.  After the game Walter, Dick, Jim & Sandy met up with Andrew for a reunion dinner. 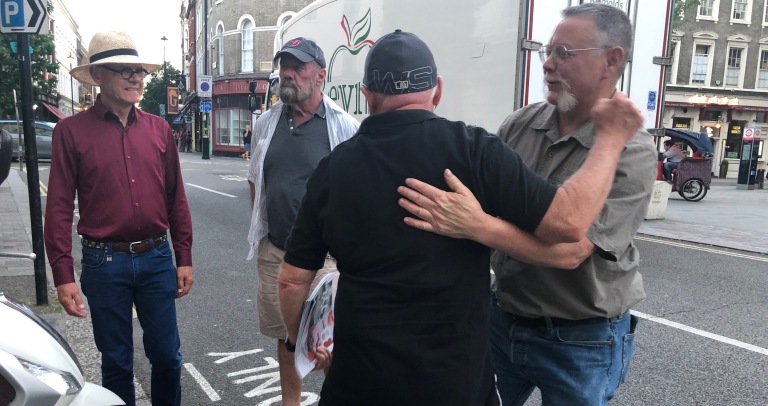 Monday July 1 is day 5 of Jenn, Rob, Jack and Kiki’s trip to London and they haven’t seen London yet.  They do have tickets to see Come From Away so we took them to the Leicester Square area and walked around before the show.

Tuesday July 2, day six we are out the door by 5:30 headed for St. Pancras International railroad station to catch the Eurostar to Amsterdam.

Amsterdam is the capital of The Netherlands and a world class city.  The three main canals dug in the 17th century form concentric belts around the city and are interconnected by over 100 Km. of canals and 1,500 bridges.  We spent one week here in March of 2008 and after two days here now we feel that we could easily spent a month here.  Our first night we had an authentic Indonesian Rijsttafel or rice table at Aneka Rasa.  This is a family style meal with numerous meat and salad dishes and of course rice.

Rob had gotten complimentary tickets for a Heineken brewery tour which also included a boat tour of the canals and waterfront.  Rob and Jennifer took both tours and Jack and us joined them for the boat tour.  They made us wish we had taken both tours as the brewery tour was very modern and interactive.

Our second night in Amsterdam we went to a highly recommended classical Dutch restaurant Haesje Claes.  We think it is safe to say that most of the world is not familiar with Dutch cuisine and after nine days here we are still not sure what it consists of other than herring, mackerel and other seafood.

Our last morning in Amsterdam while we went out running and Jennifer and Jack slept in after brief bouts of traveler’s problems Rob and his mother Kiki took a car to The Hague to visit Kiki’s mother’s gravesite which was a touching emotional experience for both.

Wow, we have been busy and Jennifer, Rob, Jack and Kiki still have two more full days in London.  Jack stayed home by himself and took a walk to Hyde Park and back while the rest of us took a London Transport river boat from Westminster to Canary Wharf where we had lunch and walked around this new modern business center or London. 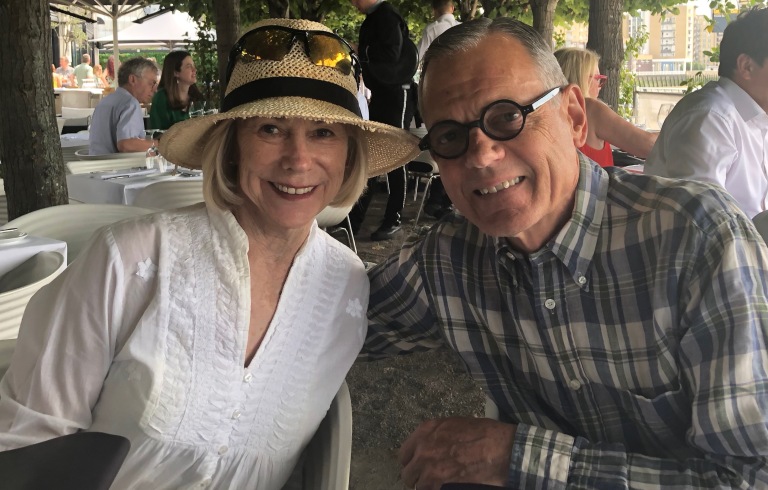 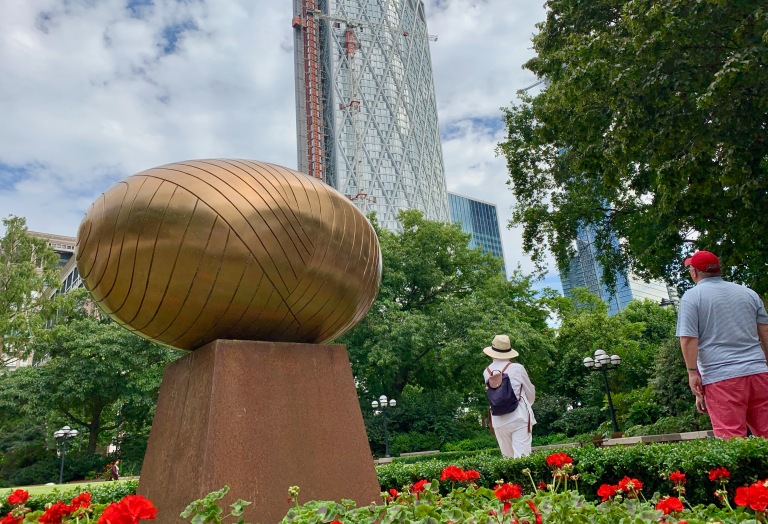 Friday evening the whole group met up with Jennifer’s father Bob, wife Carol and their son Daniel.  Daniel is in London for the summer doing a work/study program at The London School of Business.

What a great time we had and what a busy week.  Thanks to Rob for all of the planning and execution of a spectacular family week. 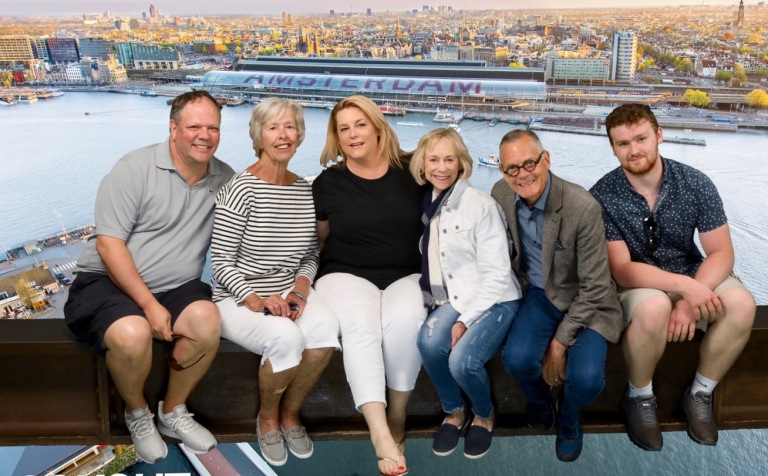 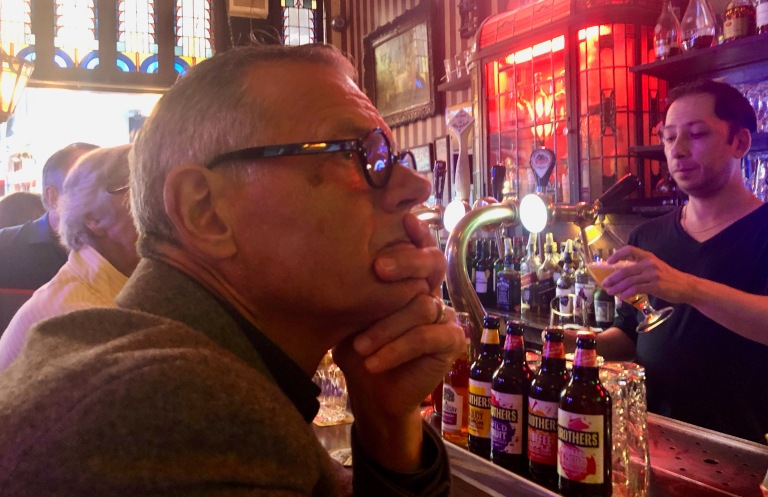 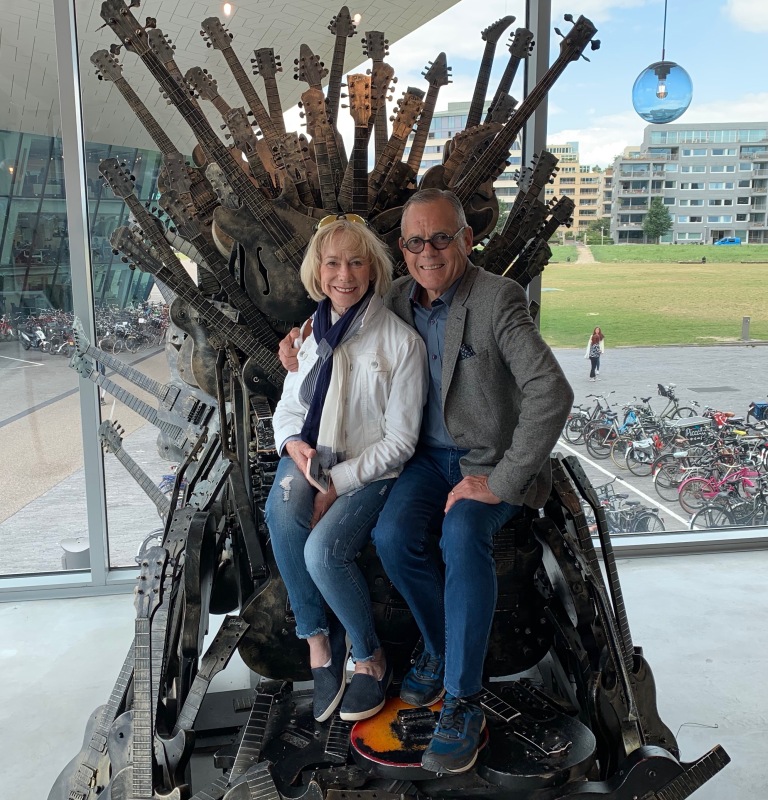 2 Replies to “A Family Tour of England and The Netherlands”